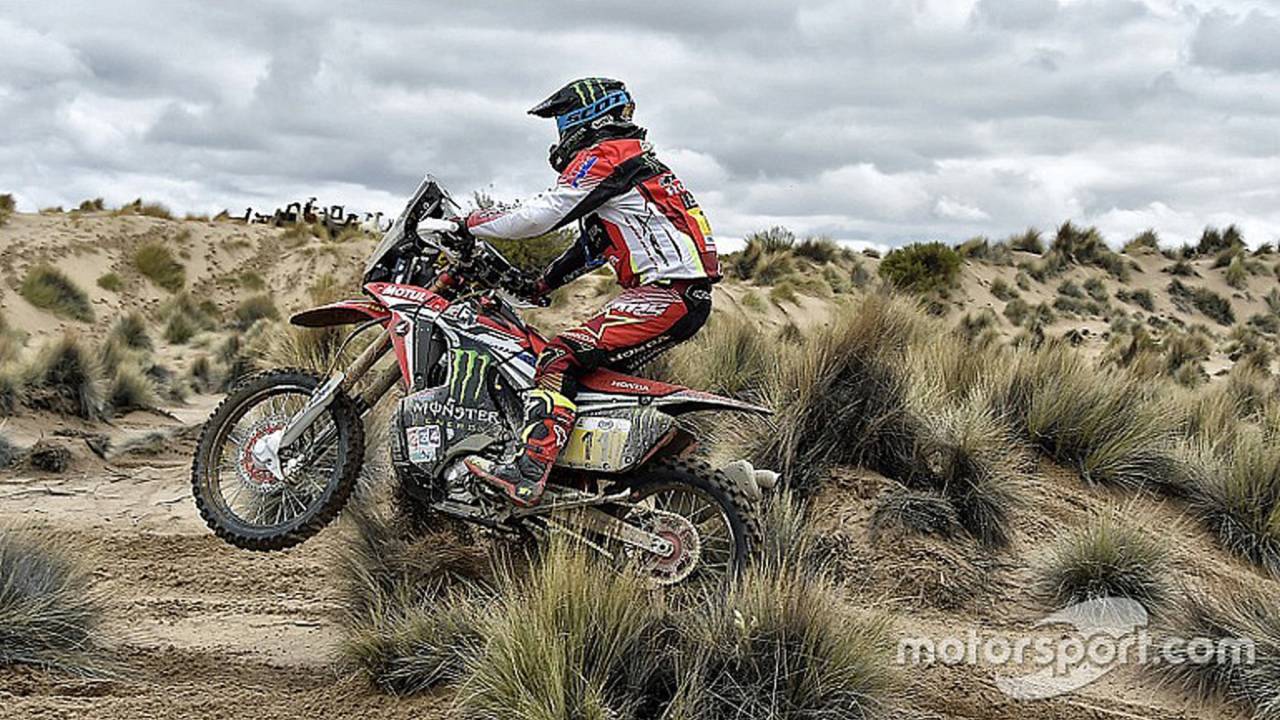 Stage 8 of the 2017 Dakar saw competitors tackle a difficult 550-mile section from the highlands to the challenging canyons between Uyuni & Salta.

Stage 8 had competitors tackling a 554-mile (892km) stage from Uyuni to Salta as they move out of Bolivia and into Argentina for the final stages of the rally. The route would take them down form the weather battered high plains to the sand dunes and technical off-road sections in the surrounding lowlands. After having his Dakar dreams all but dashed with a one hour penalty before the Rest day, Honda’s Joan Barreda has claimed the Stage 8 win, almost four minutes ahead of KTM’s Mathias Walkner. Overall Dakar leader Sam Sunderland was third, just 3-seconds behind his RedBull KTM teammate.

Joan Barreda Bort (Honda) – Stage 8 Winner - "The first kilometres were really dangerous with a lot of mud, a lot of water and a lot of fog without visibility. We needed to take care on this part, but after that the pace was higher and I really had fun over the last three hundred kilometres. I was pushing and over the last kilometres the tyres were more tired, so it was more slippery, but in the end I was fine. I've worked a lot for this rally so I will try to push until the last kilometre. Tomorrow, I think it will be fine.”

Sam Sunderland (KTM) – Overall Leader - "I was crossing a river full of stones and I managed to clip the rear disk and bent the disk, so for the last one hundred kilometres I had no rear brake which makes things a little bit interesting on a surface like this, a kind of WRC-style hard-pack that was really slippery. I had a few scary moments with the braking, but I tried to keep in mind that I had no rear brake. Sure, I lost a bit of time there, but I'm just trying to finish each day safe. I think that's the most important thing. I'm happy to finish the second day of the marathon stage. I don't want to think about victory at all. We've got a long way to go and the state of the overall standings can change in one day. You can lose so much time. I think that's the Dakar – everybody is going to have problems at some point and I think it's how you manage them, how you can stay safe and try to not lose such big, big amounts of time. I think you win it on the bad days, not on the good days.”