Dakar 2017 is in the books and for the first time ever, a British rider has claime dthe overall win in the motorcycle class.

KTM dominated the 2017 Dakar with a complete sweep of the podium in what will go down as one of the most challenging Dakar's in history thanks to some brutal weather conditions that including lighning storms, torrential rain that caused flooding and landslides that caused two stages to be cancelled and two more to be altered.

Sam Sunderland claimed the overall victory in the motorcycle class aboard the Redbull KTM, becoming the first British racer to win the Dakar. The 26-year old KTM rider has always been fast but it wasn't until this year that he finally put it all together after failing to even fiish in his previous attempts at the world’s biggest rally. His teammate, Mathias Walkner rode to a hard fought second place, his best finish in the Dakar as well. 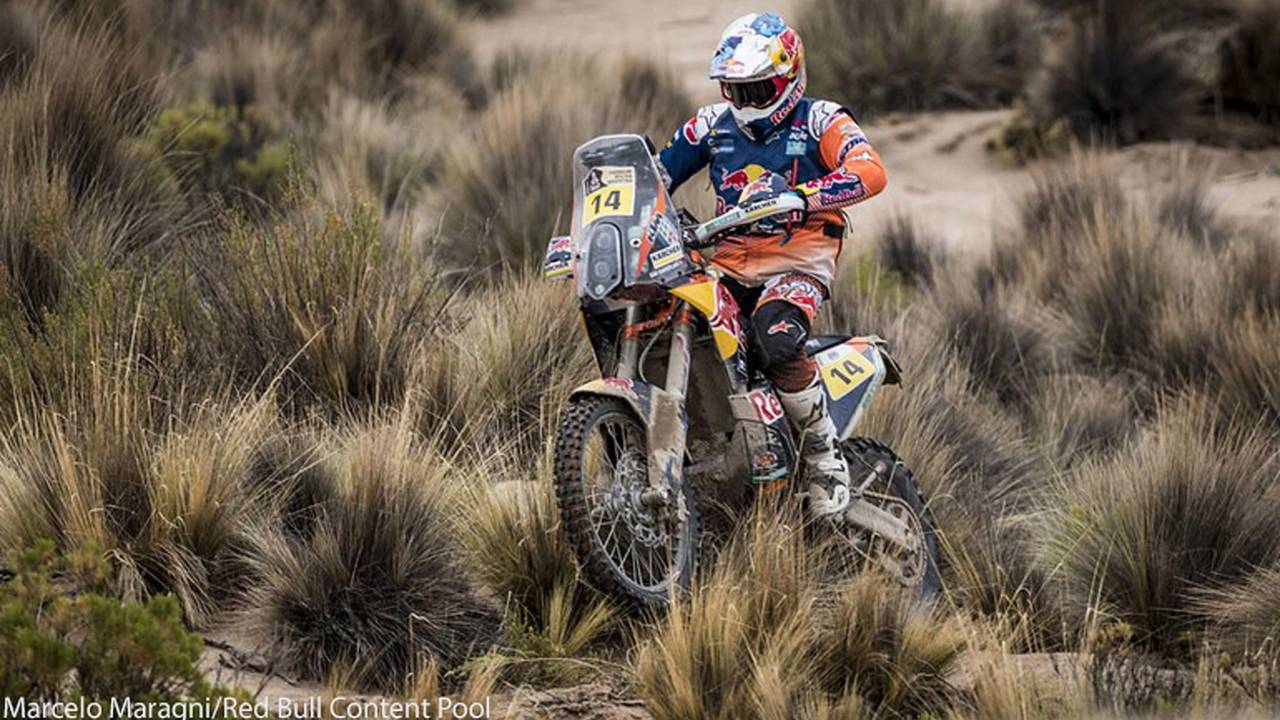 Gerard Farres Guell was third on the non-factory Himoinsa KTM, the best career Dakar finish for the Spanish rider who battled with Yamaha-mounted Frenchman Adrien Van Beveren for the spot over the final the three Stages, finishing one minute ahead of him in the overall. Monster Energy Honda’s Joan Barreda Bort managed to secure a fifth place finish which has to be considered a small moral victory because he had to overcome a one hour penalty levied against himself and other members of the factory Honda squad for refueling in an illegal area.

Sam Sunderland (KTM) - "It's overwhelming. When I crossed the line, the emotion really took over. It's been difficult to stay calm, especially when making navigation mistakes, but we're here, we did it, and I couldn't be any happier. Hopefully we can create some English interest now! I came from a motocross background and with the rally, it's different, it's a long time to stay focused. It's taken some time to change and I've learned the hard way like everybody. I kept fighting and never gave up, and I'm really grateful for all the people I have around me that have guided me. Everybody in the team has worked so hard, they all deserve this victory."

Mathias Walkner (KTM) - "Arriving on the podium is an amazing feeling. It's a dream come true after a very, very rough year. I had a bad injury and it took me almost half a year to get back on the bike. The hardest day was Stage 10. I knew it was the last stage that could change things a lot. We arrived at the bivouac at 6pm and I studied the road book until midnight; I knew I had to stay strong for two more days and maybe, it would give me something back. It paid off and it's so cool. This morning, I was racing, I was in a tunnel and I didn't think. But now I've arrived at the finish and I'm starting to realise. I hope this is the beginning."

You can check out the complete Dakar coverage including photo galleries, additional rider reports as well as coverage of both the truck and cars at Motorsport.com.

By: Ken Hutchison
++
++
Got a tip for us? Email: tips@rideapart.com