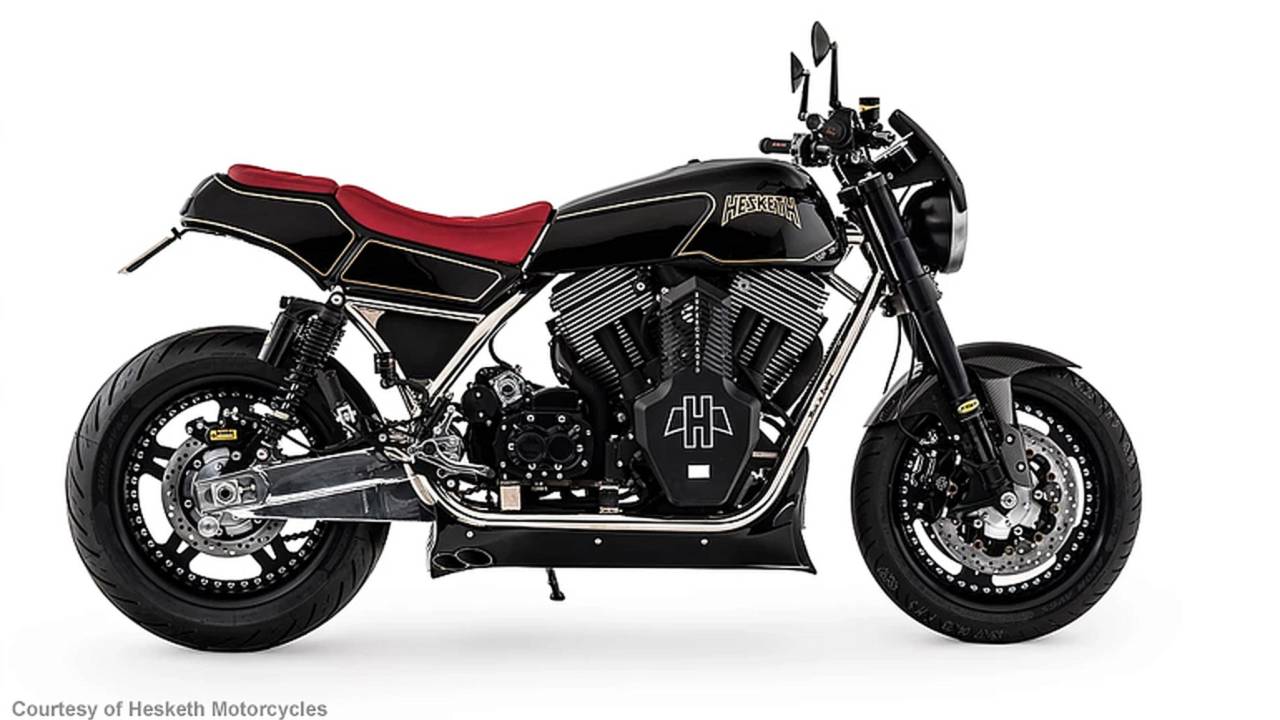 Check out the Supercharged V-Twin motorcycle that is in the works at Hesketh Motorcyces. Big, bad and ugly but it's sure going to be fast.

According to a report on visordown.com, the newest concept bike from the British speed merchants at Hesketh is the Valiant SC, a 2100cc V-Twin. Slated for sale next year, the blown bomber is up 85 horsepower on the previous model that utilized conventional aspiration, yet the price has only risen by 15,000 pounds to a mere 50,000. Such a deal!

The Hesketh 24 of two years ago took its name from the company’s Formula One car number of James Hunt in the 70s, and was scheduled to be produced in the limited number of, you guessed it, 24 units. We admit to not knowing how many were actually manufactured, but are guessing it was few. Rather like the box office numbers for Ron Howard’s film “Rush,” which was centered on Hunt’s glamorous career.

The S+S Wedge V-twin, bumped up from its formerly anemic 1950cc, is matched to a Rotrex supercharger, and given some tuning tweaks by TTS Performance. The unblown 24 was rated at 125 horsepower; the Valiant reportedly pumps out 210 hp. The double-cradle chromoly frame is fitted with a box-section swingarm that carries the oil. Front suspension is from Öhlins and K-Tech, with K-Tech Razor shocks controlling the rear wheel. The pair of six-piston billet front calipers are from the British company Pretech.

We guesstimate the weight at a bit north of 600 pounds, somewhere between the average cruiser and bagger range. But despite the heft, given the substantial store of horsepressures on hand, this puppy will surely make a horrific honk when it comes on the pipe, and move smartly down the motorway.