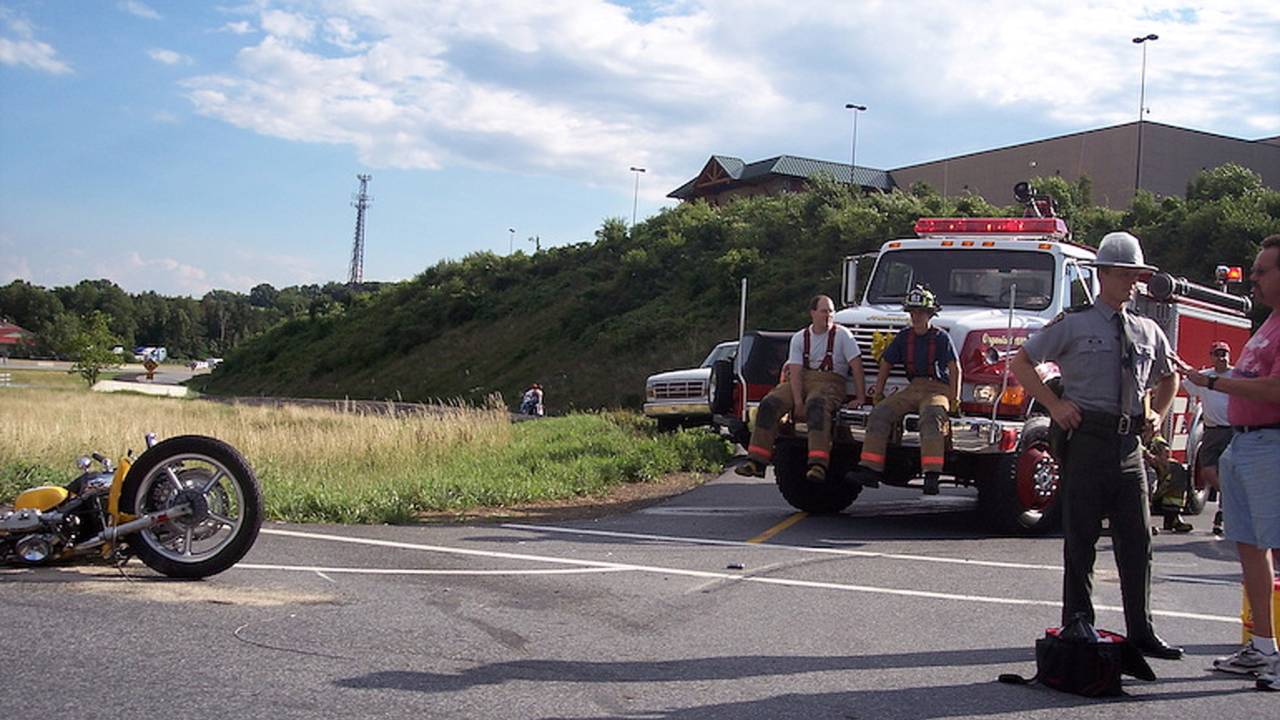 As motorcyclists, when we decide to take a ride, we have the option of going solo, taking a friend, or going on group rides. It’s definitely safer to go at least one other person in case something bad happens.

However, accidents still occur even when you're out with others. What happens if you and your riding pal are both in trouble? Unfortunately, this was the case for Phillip Paul Polito and Kevin Lee Diepenbrock. Polito and Diepenbrock were riding on Highway 129—also known as “The Dragon”—in Blount County, Tennessee on October 15, 2016. Around 10 a.m. that morning, Polito suddenly hit the brakes. Diepenbrock was right behind him and was unable to avoid hitting him. They both went down an embankment. Sadly, Polito died, but Diepenbrock barely survived the incident. They weren’t found until 24 hours later by a passerby.

Diepenbrock was fortunate to have someone find him right on time. But looking at this story one can’t help but think if there was something else that could be done to help motorcyclists who come across similar situations? Fortunately, there is.

There are currently a few solutions out in the market that help us motorcyclists out below are just a small portion of products that are out in the market or about to launch. All the below mentioned solutions have GPS, allowing you to record ride routes and share them with other riders (which is always great because the world is a big place that houses superb roads for riding). But more importantly, they all alert emergency services in the event of an accident.

We’ll start off with BMW, who really appears to have hit the ground running when it comes to rider connectivity and emergency services. Starting this year, all BMW motorcycles will be equipped with a technology called ConnectedRide, which a technology that allows motorcyclists to connect their smartphones to their bikes and BMW’s System 7 helmet.

ConnectedRide provides great features to a rider, but the most life-saving one is its emergency system called ECALL. In case of an accident, ECALL is activated by alerting emergency personnel of the rider’s location. The rider can manually initiate ECALL by pressing an SOS button that’s located on the right handlebar. However, in case the rider cannot press the button, the bike automatically calls emergency services.

There are many questions that come to mind in regards to the ECALL feature. For example, what if the rider accidently hits the button? In this case, the rider can immediately cancel the call by turning off the ignition. In case the rider doesn’t cancel, the call gets routed to a call center that dispatches emergency services; therefore, the rider can verbally explain that the call was an accident.

This one is obvious: You need to own and ride a BMW to take advantage of this emergency feature. So, what about those who don’t own this German moto brand?

RealRider is an app used by European motorcyclists to record routes that allow them to plan, store and share them with others. It also as what they call an “award-winning crash” detection technology called REALsafe.

REALsafe is a 999 certified crash detection technology that automatically connects you to the nearest ambulance service. This tech monitors a range of sensors in your smartphone while you’re out riding. The specific sensor that detects whether you’re in a crash is your phones’ accelerometer that works in conjunction with the phones’ GPS system. Once triggered your last registered location and medical information will be sent to paramedics within minutes of the accident.

As with the BMW’s ConnectedRide, the same question still arises: What happens if you accidently activate the REALsafe system? If this happens you have only 120 seconds to shut it off.

Another question that comes to mind that’s specific to RealRider is the technology—how does it know if you’re in an accident and not just stopping for gas? RealRider states that there’s another system called “Auto Pause” that uses your phone’s GPS data to pause REALsafe. To learn more about the REALsafe® technology, check out this video.

Unfortunately, you can’t go riding off into the middle of nowhere—more specifically, places that don’t have cellphone reception. In order for REALsafe requires a network connection and mobile signal to work. So if there’s no network coverage and you’re in accident, well, good luck.

Unlike BMW and RealRider, PhiPal is a device (it kind of looks like an egg) that you can attach to your helmet.

And like the other two mentioned examples, PhiPal also uses sophisticated technology for its emergency services. It uses an A.I. algorithm that constantly monitors your body movements, speed, acceleration and implied forces. From there, if an accident happens it will be able to and detect any abnormal behavior. With PhiPal, you can pre-program who you want your emergency call to go to—it can go to local authorities, PhiPal’s emergency call center, or to friends or family. If programmed to the call center, the service (which is provided by Saphibeat) calls emergency and/or rescue personnel on the spot.

One neat feature about PhiPal is that you can send GPS alerts to your friends or family. So if you decide to go on a solo ride, you can set it up to where they receive texts of your locations. PhiPal says this best: “You can program PhiPAL to create a breadcrumb trail for others to follow: never be alone anymore during your adventures.” This feature definitely provides some peace of mind.

The main one so far is its availability: When I first encountered this product, it was on kickstarter.com, which is where I first researched information on PhiPal. When I revisted that page, PhiPal pulled the Kickstarter campaign stating that folks contacted them with concerns about the availability date being too far out (I would think it’s because of what happened with Skully), so they wanted to restart it when the production date got closer. Now, they have website where it appears that you can order a PhiPal device. However, it says both PhiPals (there’s a regular and Pro version) are “out of stock” but there is a note that says deliveries will begin in September 2017.

Also, I’m not sure if you can cancel a call if PhiPal accidently calls emergency services. I would assume that you can call it off, but again, I don’t see that information on their new site.

Have you guys used any of the current emergency services for motorists that are out on the market? Are there any others that should be on our radar? If so, tell us in the comments section below.