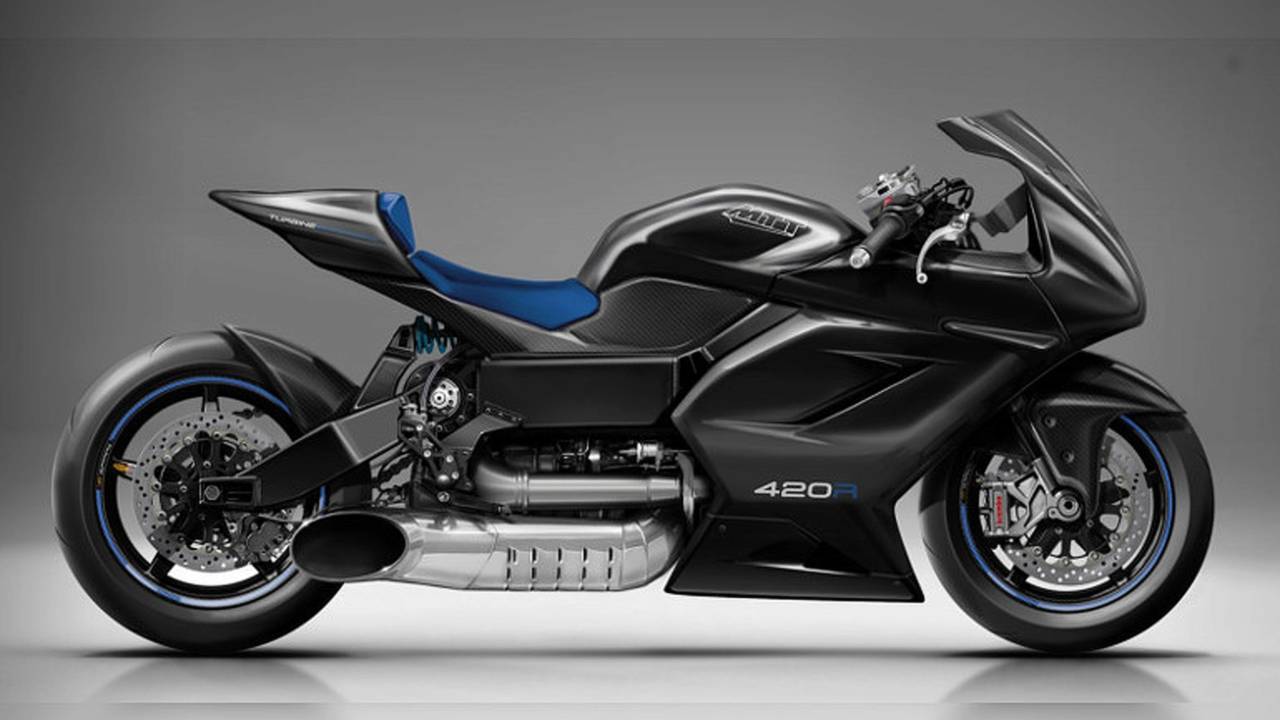 If you've ever said to yourself, "Man, I wish I had a bike with a helicopter engine in it" Marine Turbine Technologies has just the thing for you.

Over the nearly century and a half that motorcycles have been a thing, bike manufacturers have tinkered with a number of whimsical engine designs to compliment their bog standard internal combustion offerings. Everything from steam power to electricity to the Wankel Rotary Engine has been experimented with over the years as engineers try to find new and interesting ways of converting fuel into fun. There's even a company called JRL that puts radial aircraft engines in their bikes! If all that wasn't enough, a company out of Louisiana recently stuffed a helicopter turbine into frame and built what may end up being the fastest production bike ever made.

Back in the early aughts Marine Turbine Technologies, aka MTT, took a century of experience building turbines for boats, generators, and firefighting equipment and parleyed that into a turbine-powered superbike called the Y2K. That bike put down a very respectable 320 horsepower and had a top speed of around 227 miles per hour. They sold the hand-built Y2K for about five years then gave it up to focus on their primary business of putting 3,000 horsepower worth of turbines on air boat hulls. Now, according to Motorcycle News, MTT is back with a new bike called the 420RR.

Powered by a Rolls-Royce M250 turbine – the same engine that powers the Army's OH-58 Kiowa, the venerable Bell JetRanger, and a host of other choppers – The 420RR (which stands for Race Ready) is still in its prototype stage. MTT believes that, once finished, the bike will put down 420 horses and a clearly insane 600 foot-pounds of torque with a projected top speed close to Spaceball One's ludicrous speed.

READ MORE: Bike-uriosity Weekly Round Up

Not a lot else is known about the 420RR at the moment. MCN states that MTT (yeah, I know, that's a lot of acronyms) has been working closely with Ohlins to develop the bike's suspension which, along with the brakes, will have to be pretty stout to deal with all the power the turbine puts out. There's also word of a GPR steering damper and custom carbon wheels from BST.

There's no word on pricing yet, but if the old Y2K is anything to go by, the 420RR will probably be in the eye-wateringly expensive range. Check out this video of the 420RR prototype on a dyno and tell me you don't want a motorcycle that sounds like a jet fighter.