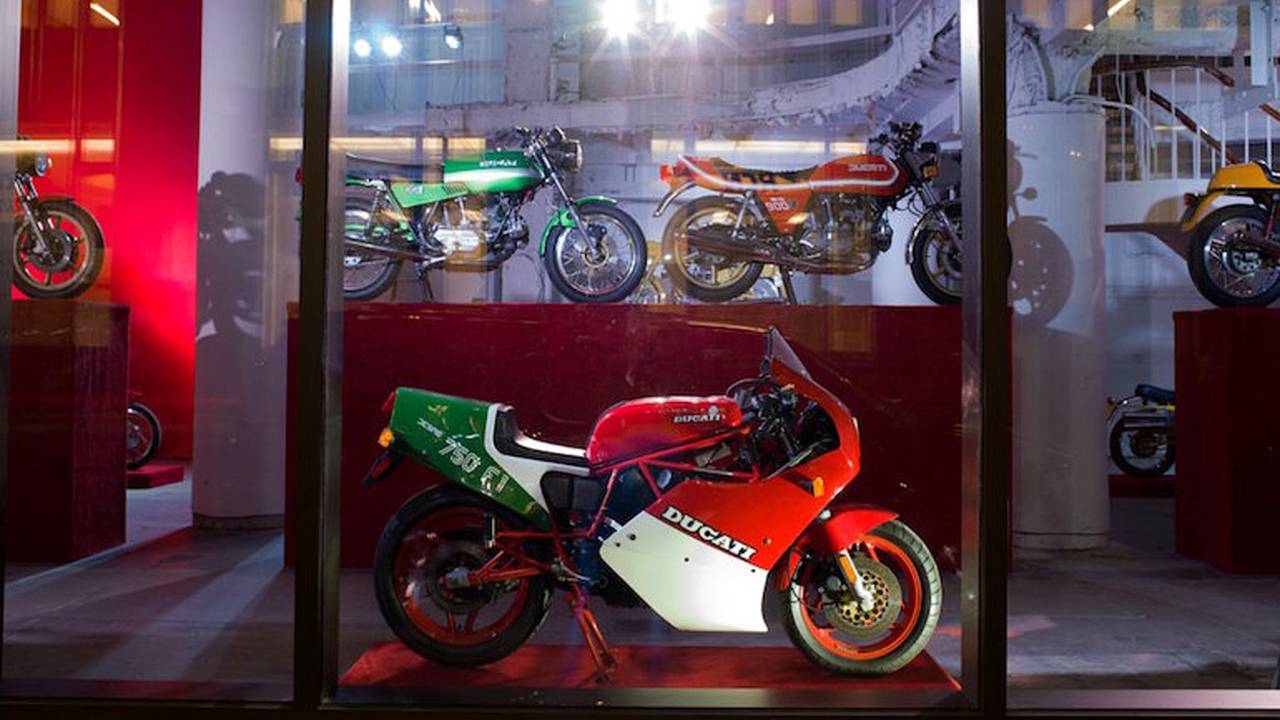 Film producer and bike fanatic Stuart Parr is showing off 35 of his finest classic Italian motorcycles at Miami’s Art of the Italian Two Wheel exhibition.

Countless people have made a fortune working in the TV and film industry. Individuals like legendary stuntman and coordinator Gary Davis and television’s Jay Leno have both spent untold sums of money amassing impressive collections of classic cars and motorcycles. Another successful figure in the Hollywood scene who has garnered a massive stable of awe-inspiring iconic scoots is Stuart Parr—a renowned architect, surf and motorcycle enthusiast, and producer whose works include 2002’s 8-Mile, 2005’s Get Rich or Die Tryin’, and most recently 2015’s Southpaw. Instead of letting his elite two-wheelers collect dust behind closed doors, the modern-day renaissance man has opted to share his museum-quality examples with the public via 'The Art of the Italian Two Wheel', a new exhibition in Miami featuring 35 prestigious Italian bikes from Parr’s collection.

After successfully holding his first exhibition in New York City in 2015, Parr has decided to do it all over 1,200 miles south in Miami. In 1987 at the age of 21, Parr purchased his first motorcycle—a 1971 Triumph Bonneville T120. Since then Parr has seen the number of zeroes in his bank account increase, along with the number of two-wheelers he owns. Twenty-eight years after buying his first bike, Parr’s collection has ballooned to include over 50 examples, the vast majority of which are rare and/or iconic Italian machines from the ’60s and ’70s.

Parr’s magnificent collection of two-wheelers is usually housed in a secure storage facility in New York City’s Tribeca district, not far from the producer and architect’s NYC home. He does actually ride most of the bikes in his collection, picking one and putting around on it for a bit before swapping it out for another. Even with him riding regularly, the vast majority of his breathtaking collection was just sitting there behind closed doors. Because of this, Parr began toying around with the idea of putting on some kind of gallery or exhibition so the motorcycling public could enjoy his collection too.

A Century of Green: 100 years of Kawasaki Motorcycle history under one roof.

A buddy who happens to work in real estate helped Parr find a venue for an exhibition—a vacant storefront on Madison Ave in the Bryant Park district. The building was earmarked for retail use but would remain unoccupied for several months, giving Parr an ideal location to hold a pop-up bike exhibition. So on April 18, 2015, doors opened to the public for Parr’s first ever 'Art of the Italian Two Wheel' exhibition featuring 26 examples from Parr’s collection. More than 50,000 visitors turned out to see Parr’s bikes during the exhibit's three month run. Due to that success, and the fact that his collection has grown, he opted to do it all over again in Miami, only with certain changes being made in minor areas.

“The thing that I love so much about Italian bikes is that they are really where racing meets the road," Parr said when asked why he collected Italian bikes. "I collect production bikes for the most part, but a lot of them are no different than ones they would race. The Laverda SFC, for example, would have been run in endurance racing, but is the same bike they sold for the street. Essentially, that’s why the original Shelbys did so well, or Ferrari for that matter.”

“These bikes mark the end of the day before the accountants and bureaucrats changed motorcycling forever. These were hand-built by artisans, and extremely labor-intensive to build. As a result they were produced in very small numbers by modern standards. Paint and chrome finish was secondary to function and as production runs were so small generally no two were alike. The beauty in these motorcycles is in the myriad of details, wonderful aluminum castings and bespoke design,” said Parr.

Even before launching the current Miami event, Parr says he has repeatedly been asked to do an exhibition in Los Angeles, so there’s a good chance this won’t be the last 'Art of the Italian Two Wheel' exhibit that we see. Parr reports that he will have some vintage bikes for sale at the event, as well as lectures, a bookstore, and quite a bit more.

The current 'Art of the Italian Two Wheel' exhibition is at 180 NE 40th Street in Miami, Florida. You can learn more on Parr’s collection’s website by clicking here.