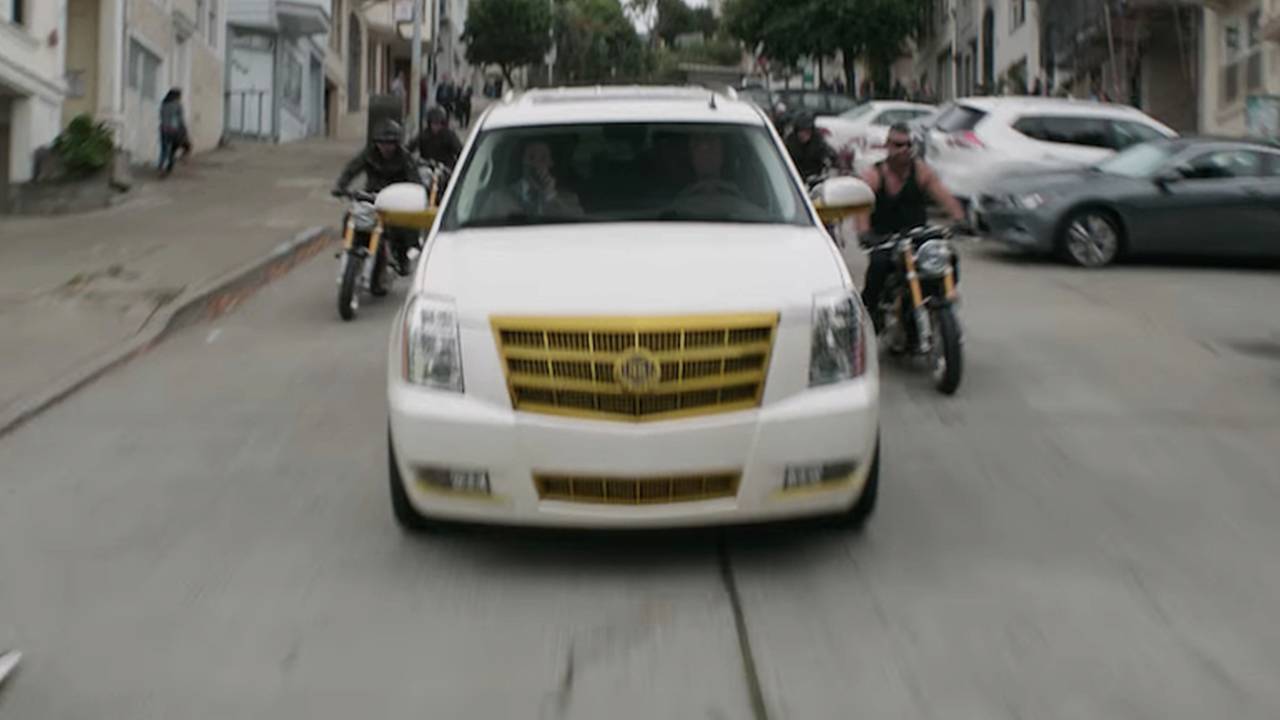 They're fast, but no match for Ant Man.

The latest trailer for Ant-Man and the Wasp hit the internets Tuesday, and we couldn’t help noticing one of our favorite bikes plays a role in the Marvel superheroes’ latest adventure.

The Triumph Thruxton 1200 R shows up twice in the trailer, first being ridden by a pack of bad guys (or, we assume they’re bad guys because one of them is riding without any gear and that’s very naughty), then again with a singular rider being outwitted by a giant Pez dispenser.

Admittedly, if you were a bad-guy gang keen to use the acceleration and maneuverability of a motorcycle to keep up with (but strangely never catch) your prey, you might choose something a little more dynamic than the 96 horsepower Thruxton 1200 R (something like, say, the forthcoming overhauled Speed Triple), but the average moviegoer doesn’t know or care about stuff like that. I mean, hey, the whole “Fast and the Furious” franchise is built on the premise that a 1970 Dodge Charger can outrun a modern car. What matters is that the bikes look cool.

Meanwhile, we really like the fact that motorcycles appear so often in Marvel films. Harleys are a regular part of the Captain America and Avengers films, of course, but also you’ll remember that Ducati Panigales featured prominently in Deadpool (we wouldn’t be surprised to see a Triumph or two show up in the next Deadpool film, as the brand is famously Ryan Reynolds’ favorite). Bikes of various style and make have shown up in Iron Man films, as well.

Whether these quick appearances do anything for motorcycling is a different, and more difficult-to-answer question. Certainly it can’t hurt. The motorcycle industry is constantly wringing its hands with anxiety over how to draw younger riders, and I have to think that putting sexy bikes in superhero films is a better call than once again attempting to deify Steve McQueen – a man that many Gen Xers don’t remember, let alone Millennials.

CHECK OUT: Man Behind the Motorcycle Stunts on Mad Max Fury Road

Side note: we’re willing to bet Triumph won’t disassociate itself from these bad guys. Some 64 years ago, Marlon Brando rode a Triumph Thunderbird in The Wild One and Triumph famously hated the association.