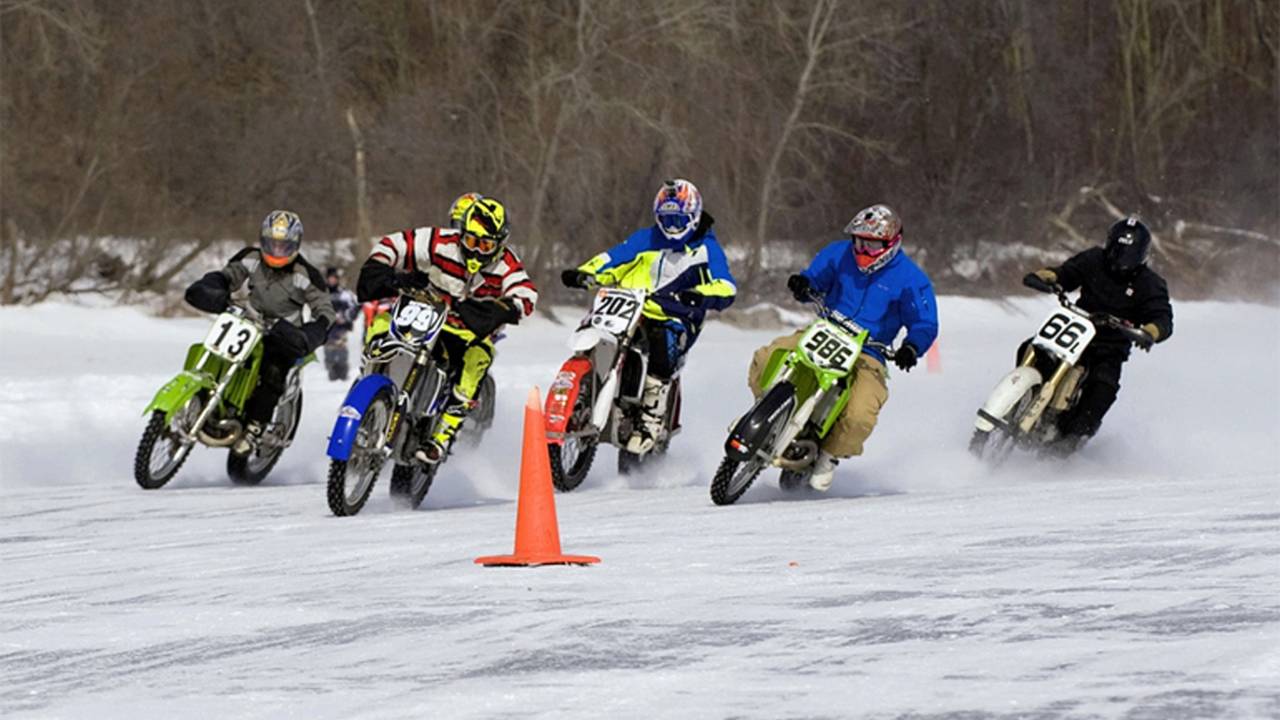 The American Motorcycle Association announced its 2018 Ice racers of the year this week, and if these results are any indication, the kids are gonna be all right after all.

According to Motorcyclist, the AMA named Michigan Native Kyle Martinez its 2018 Ice Racer of the Year for his performance in the 2018 AMA Ice Race Grand Championship. During that race, which was held in Cadillac, Michigan in early February, Martinez won the 451 Open Class.

“I was speechless when I realized I won the award. It was a great surprise,” 17-year-old Martinez said. “I’ve been riding ice since I was 3 years old. The first time I rode on ice was on a ’70s Honda 50 with a sidecar that my uncle and grandpa made for me to ride. I couldn’t even touch the pegs. There were blocks on the sidecar, so I could touch.”

“It was quite surprising to win the award,” said Huey.(Yeah, right. No nine year old says "quite surprising" -JM) “I didn’t really know how much it meant. But it made me feel good for myself.”

BABY: Return of the Coolest Bike on Earth

“I wasn’t even thinking I was eligible for an award like this,” he said. “I was very surprised and proud, to say the least. It was most special, because it was presented to me from my old friend Ken Saillant. Ken and I go way back to the early ’90s, racing in Indiana. It is very cool that our friendship has come full circle. I have been racing on the ice for 31 years, it is where I first learned to ride a motorcycle. And in northern Michigan, what else is there to do?”