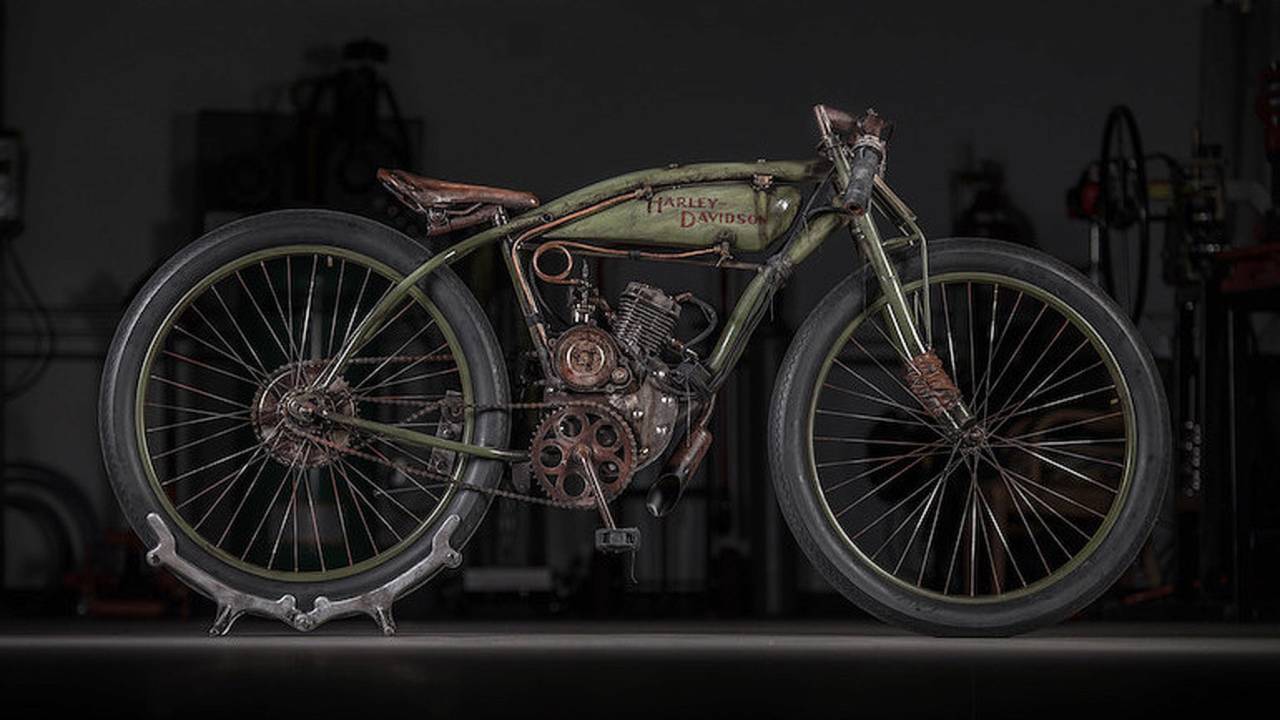 Chicago customs outfit Bull Cycles produced six Harley-Davidson "Peashooter" replicas as a tribute to the Motor Company's days on the board track.

Justin Powers’ Bull Cycles does some pretty exceptional work. Powers is far less concerned with current trends and much more focused on simply building what he personally thinks is cool. The Chicago-area shop also has a deep appreciation for motorcycle history and has produced various replicas and tributes of antique American models. Most recently, Bull Cycles completed a small batch of 1926 Harley-Davidson “PeaShooter” tribute machines.

While I’m typically not a fan of faux-patina, every inch of these Harley tributes are insanely detailed and expertly executed. On top of what looks like antique cracked leather and paint, the replicas also sport fake-wear on the metal in the correct places, making it abundantly clear that Powers seriously knows his way around a board track racer. It really is pretty remarkable knowing these convincingly antique-looking examples are all brand new.

At the heart of the tribute scoots is a 66cc, pedal-start, two-stroke engine reportedly capable of getting the race replicas up to 30-miles-per-hour at a cool 80-miles-per-gallon. The tanks on the bikes are hand made from 1/4” aluminum and adorned in period-correct green that’s been hit with some airbrush details to give a seasoned look.

The tribute bikes went up for sale on Touch of Modern with a price of $4,499, and by the end of the weekend of February 23, every example had sold. I spoke to the shop who informed me that six identical examples were made, though the person I spoke with explained that Bull Cycles has previously produced a handful of other board track tributes and replicas and accepts commissioned projects. The sale included a cast reproduction stand that was molded from an authentic depression-era stand.

Again, I’m not typically a fan of air-brushed patina, but this is just a particularly cool one. It really looks like something you'd expect to see Dale Walksler drooling over in an episode of Velocity's What's in the Barn? Plus, when you consider that these are obviously intended to be display pieces the faux-patina makes a lot more sense. Bull Cycles has also built some really solid Harley customs that have been featured on elite customs sites like Bikeexif. You can click here to see more photos of Bull's latest batch of tributes, as well as the other Indian, Flying Merkel, and Henderson board tracker tributes.