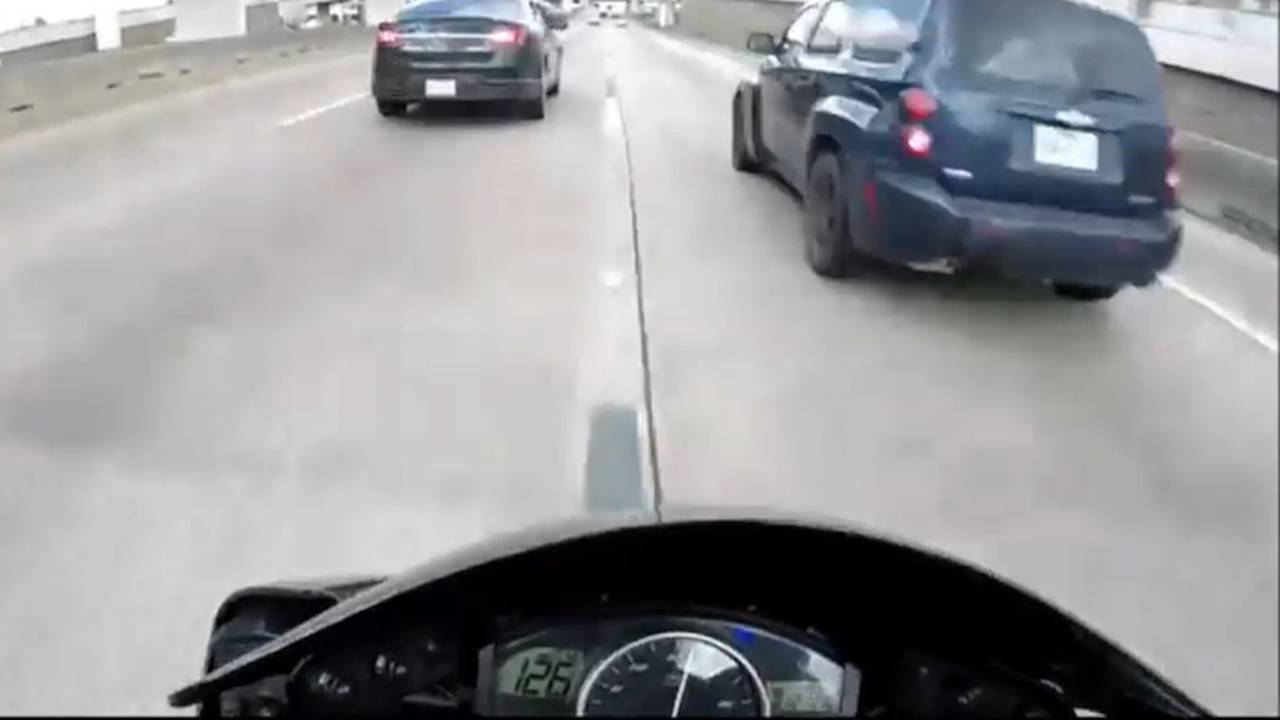 When in doubt, throttle it out: New video shows Ninja rider escape extended 130 mile-per-hour tank-slapper while surrounded by cars on freeway

Oil slicks, gravel patches, wet leaves, potholes, and other detritus are a motorcyclist's kryptonite. Add excessive speed into the mix and maintaining control of a motorcycle becomes an incredibly tall order, but often simple rider error can have some seriously sketchy consequences. Recently a video surfaced of two riders doing a high-speed freeway run when one R6 rider’s GoPro captured a very prolonged tank slapper at around 130 miles-per-hour.

MORE CLOSE CALLS ON THE ROAD: Rider in Indian has near-death-experience

The half-minute clip shows a late-model Kawasaki Ninja ZX-6R rider and his pal traveling up a freeway during the day at high-speeds, slipping in between the cars scattered about the freeway. At some point while squeezing past a car, the Kawasaki pilot appears to give a bit too much steering input, sparking one hell of a tank slapper that seemingly goes on for several hundred yards at least. The Ninja rider—whose riding ensemble consists of sneakers, track pants, a t-shirt, gloves, and a helmet (I can't stop screaming here -JM)—looks like he’s leaning a bit too far forward and overly hugging the tank, and though he doesn’t appear to chop the throttle, this probably didn’t help the situation any.

The out-of-control rider’s position relative to the other cars on the freeway somehow saved him from careening into another vehicle, albeit this is out of sheer luck and not from any kind of planning. After getting tossed around while wrestling the out-of-shape front-end, the bike’s pilot regains control only moments before pulling all the way over into the slow lane in order to catch his breath and recompose himself. Pretty wild stuff.

MORE CRAZINESS ON THE ROAD: Texas rider caught in pileup