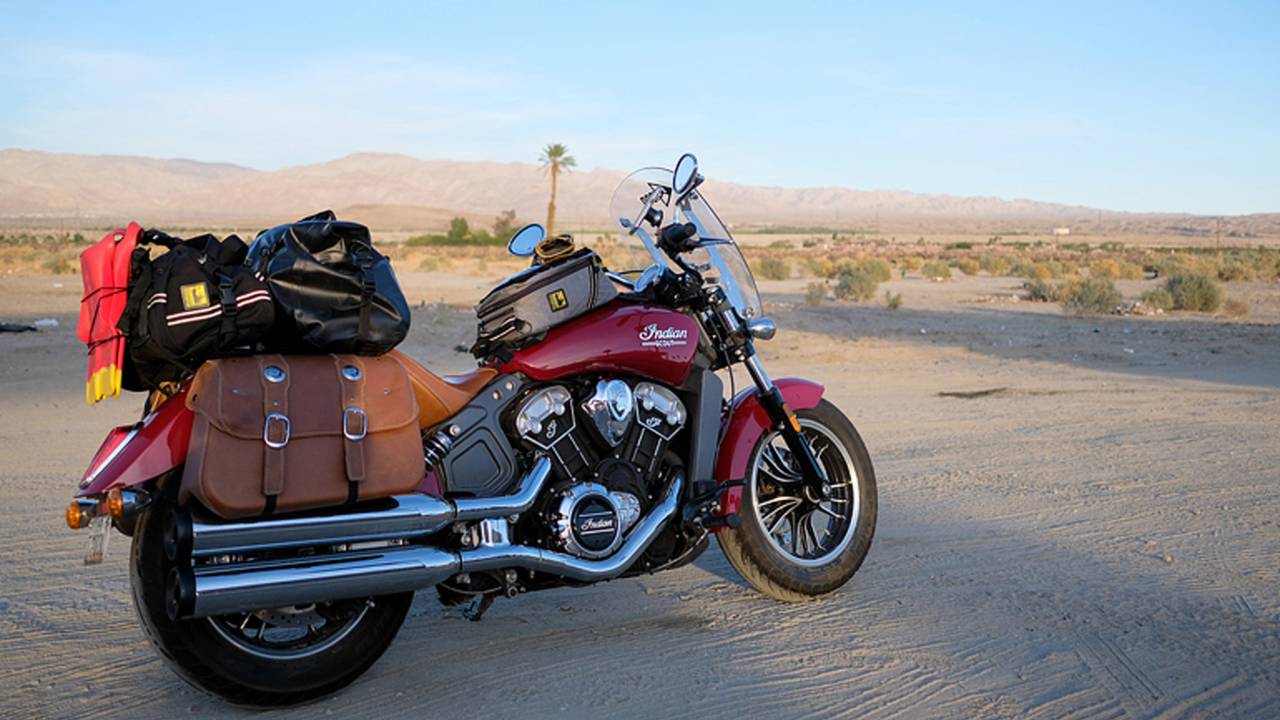 Not content with simply writing, Justin and Kyra expand their moto-media empire with the new Perpetual Motion video series

You guys know our friends Justin and Kyra over at Westx1000, right? They're the crazy kids who wander the world on motorcycles and write cool stories for us under their Perpetual Motion name. They've regaled us with stories of aborted trips south of the border, Japanese Harlistas, and rides that were so cold they wished it hand't been so cold. Their well-documented travels are eminently entertaining (and are occasionally a hilarious comedy of errors). Well, now along with their stories they're starting a travel show based on their wanderings. What's it all about? Let's let them tell you in their own words.

In the last four years, Justin and Kyra have ridden more than 60k miles, explored 15 countries and been lucky enough to see the world from the seat of a motorcycle. Now with the help of a friend, filmmaker and fellow motorcyclist, they’ve decided to create a new moto-travel series called #Perpetual_Motion.

For their first episode, the two go back to Baja on a couple of Indian Scout motorcycles, where they spent three weeks exploring the northern half of the peninsula looking for waves to surf, tacos to eat and good times in a place they just can’t get enough of.

Watch the first episode of their new series on YouTube today!

Sounds pretty cool, right? If you'd like to know more, and why wouldn't you, you can check out their YouTube channel. The first episode of Perpetual Motion the series, about their trip to Mexico, premiers on Thursday, May 17. Don't miss it!