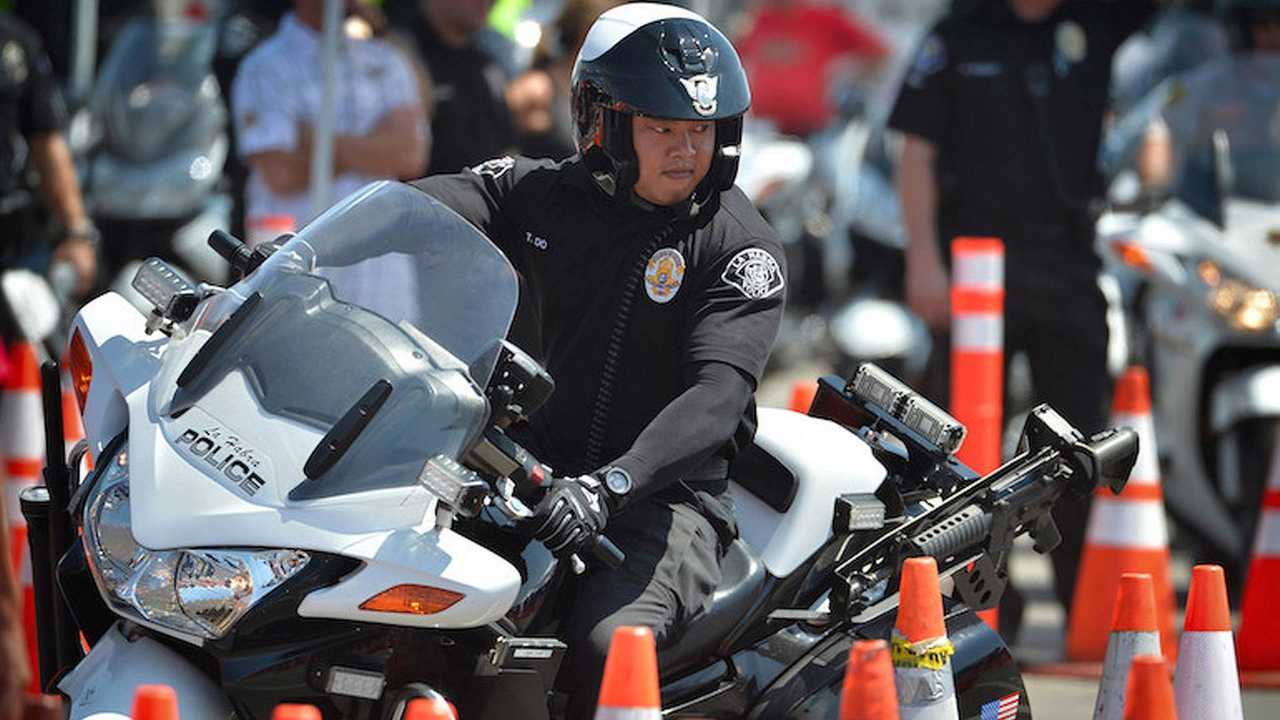 More than 100 cops from 20 different police departments all gather in Phoenix, Arizona to show off their riding skills, and to raise money for a noble cause

The 22nd annual Southwest Police Motorcycle Training and Competition puts moto-mounted cops to the test, and raises money for the Special Olympics

I’m frequently baffled by motorcycle cops’ ability to keep up with me while I'm splitting lanes on a 600cc sportbike. It was only after spending a couple years riding different motorcycles that I became aware of how skilled most motorcycle cops truly are. Maneuvering a dresser-sized bike outfitted with close to 100 extra pounds of police gear isn’t easy, especially with a radio buzzing in your ear and the expectation of actively patrolling and surveying one's surroundings. It’s a damn tall order, but spending tens of hours each week in the saddle undeniably helps these men and women hone their riding skills to a ridiculous extent.

WHEN COPS AND “BIKERS” CLASH: Chaos on a Boston freeway

More than 20 years ago, a few like minded cops from the American Southwest decided to celebrate their riding skills by putting on a competition for motorcycle-mounted patrol officers. Since its inception, the competition has grown to include officers from well over a dozen agencies from all over Nevada, California, and Arizona. On top of competing, organizers decided to throw the "cop-comp" for a cause, opting to generate and donate funds to the Special Olympics.

This year marked the 22nd annual Southwest Police Motorcycle Training and Competition, which drew 109 different motorcycle cops from 20 different agencies around the American Southwest. On April 13 and 14, a Phoenix mall parking lot became the impromptu venue for the competition, where hundreds of orange cones made up the course.

THE LESS AWESOME COPS: Detective draws gun on biker, only given 5 day suspension

A rider, a bike, a whole lot of equipment, and a sea of orange cones

"There are certain skills and certain exercises that we do practice on a regular basis," said Phoenix Police Officer Kurtis Merena. “So those certain obstacles, we do set up out here throughout the year and it does help when we come to this sort of competition course. Collectively, I want to say between Phoenix, Vegas and Southern Arizona we raised close to a million dollars over the years.”

Whether it’s painting tanks to benefit our troops, riding 680 miles with no hands to fight Parkinson’s, trekking 2,500 miles to deliver kibble to starving dogs, or customizing a badass MV Agusta to raffle of for St. Judes, I’ve said it before, and I’ll say it again; it’s always great to see people in the motorcycling world find cool ways to enact positive change through riding.