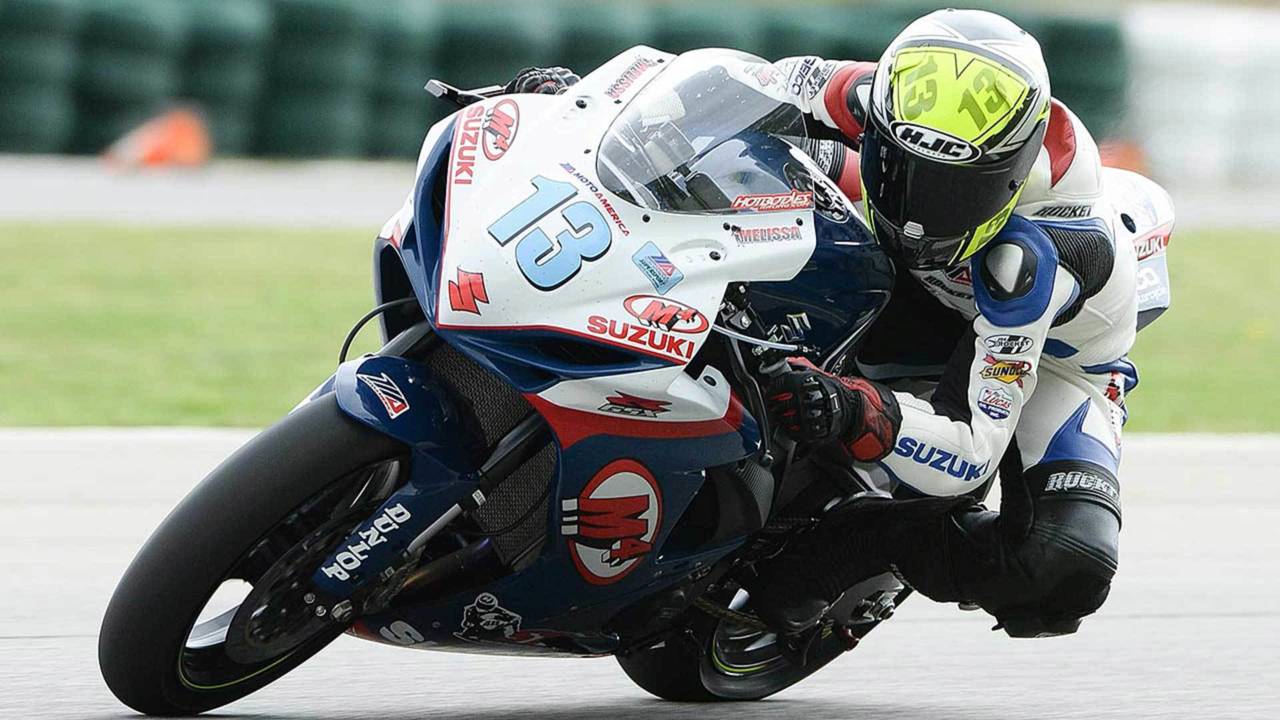 Melissa Paris and Shelina Moreda work twice as hard as their colleagues for what they achieve, and it shows.

Despite decades of advancement in equality, the road to success is paved with a few extra challenges when you’re a woman trying to carve a place in a male-dominated world. When the hard work pays off though, you get to share your story and inspire others. Motorcycle pro-racers Melissa Paris and Shelina Moreda are two such women, and they sat down to talk about their experiences and how they got to where they are today. Spoiler: there’s no shortcut.

Melissa Paris came to riding later in life, but you wouldn't know it.

How exactly do you break walls and make it big as a female racer? Both pros agree that there’s a question of conditioning early on in life.

“I feel like in your average family, if you have a dad who rides motorcycles, he'd be so excited to teach a son how to ride," Paris told Refinery29. But maybe people don’t think that so much when they have a daughter.”

Like many female riders, she was introduced to the sport later in life and she admits that she had some catching up to do to be on par with her competitors.

In an interview with Forbes, Moreda explained that her passion for ripping a motorcycle on the track started early in life. She defied the pattern exposed by Paris and got to jump on two wheels to live her passion as a kid.

However, getting an early start hasn’t made the process easier for Moreda. She says that trying to integrate a male-dominated field means that you have to learn from them.

“It can be embarrassing to learn from guys because you feel more stupid if you do something wrong; we learn a bit differently than guys, we tend to want to ask more questions, so it’s just flat out harder to get started.”

Shelina Moreda started riding young on her family's NorCal farm, and has loved it ever since.

She also adds that she struggled with being taken seriously, not only by men but also by other women. She regrets that women often don’t take themselves and each other seriously. To overcome that, Moreda’s advice is to give it your all and do it for yourself. Paris says that you have to be a little selfish: your life revolves around your passion.

Finally, according to Moreda, support is a key element to inspire more women to defy the odds. In fact, Moreda runs the She'z Moto Camp (formerly the Girlz MotoCamp), a riding school dedicated to women. On her end, Paris founded the MP13 Racing Team in 2017 to help promote young talents.

We all wish there was a one-way express ticket to success, but what’s the fun in that? It may sound cliché, but hard work and determination will be your best allies. And once you make it, you get to flip the middle finger to any patronizing figure—male or female—who doubted you along the way.