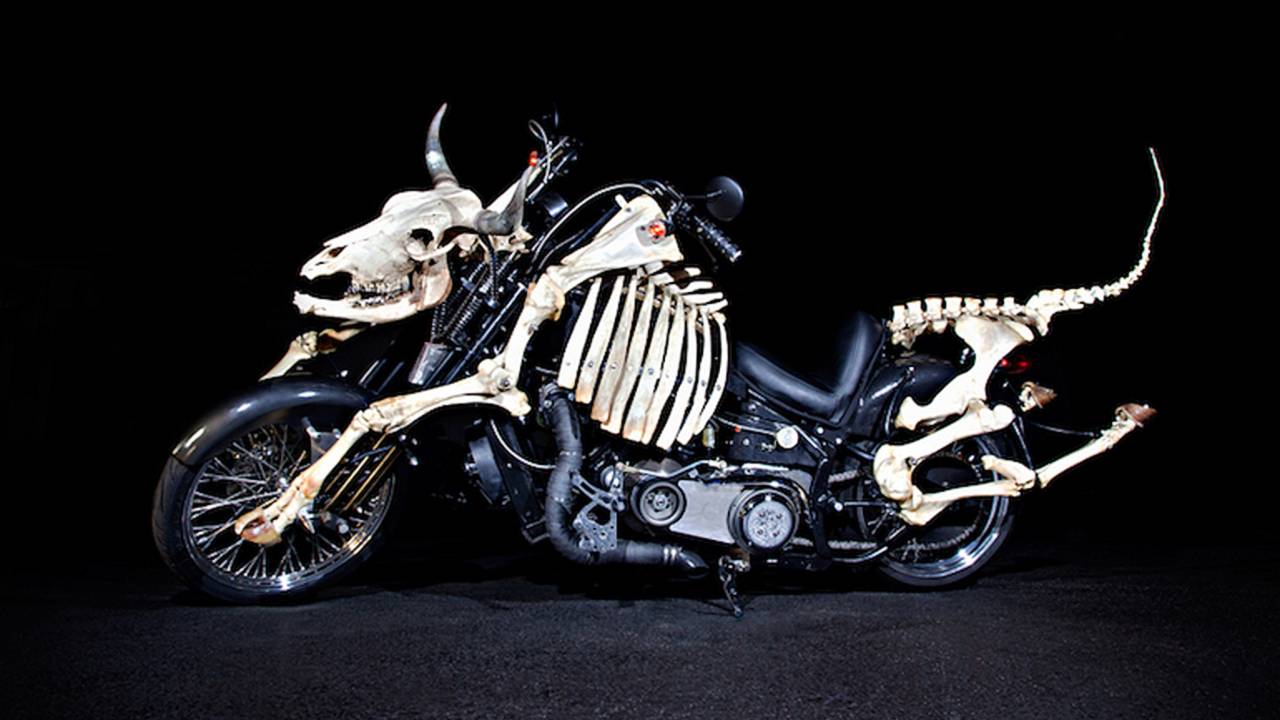 Here at RideApart we cover motorcycle chases on a pretty regular basis. Occasionally however, we come across a less-than-regular story involving a police pursuit, and this recent tale out of central California is the definition of “less-than-regular”. Beginning with a high-speed chase, this pursuit culminated in the fleeing suspect crashing into a cow.

Video: Insane Police Helmet Cams From Around the World
⠀

The California Highway Patrol’s Mojave unit recently disclosed the bizarre tale to the public, explaining the incident stemmed from an attempted traffic stop involving a motorcycle around 8:00PM on Thursday, May 24, 2018. After the biker—identified as one Jacob Dean Lightner—failed to pull over, police gave chase. This resulted in a short pursuit that came to an abrupt end when Lightner plowed into a fully grown cow that happened to be crossing the road.

Lightner was arrested on scene and taken in on multiple charges including felony evading, as well as for previous outstanding misdemeanor warrants Lightner had yet to take care of. Amazingly the cow was reportedly a-okay after the crash, and even walked away from the scene, despite being hit by the unspecified 2007 Suzuki that Lightner was piloting.

In the past we’ve covered a rhino chasing a scooter, and more recently we told you about some bike hating leopards in India that have been going after riders, so this whole cow situation almost seems normal by comparison. Or at least it would have been had it not been for the fact the unlucky rider who careened into the bovine obstacle hadn’t been evading law enforcement when he crashed. Karma’s a funny thing.