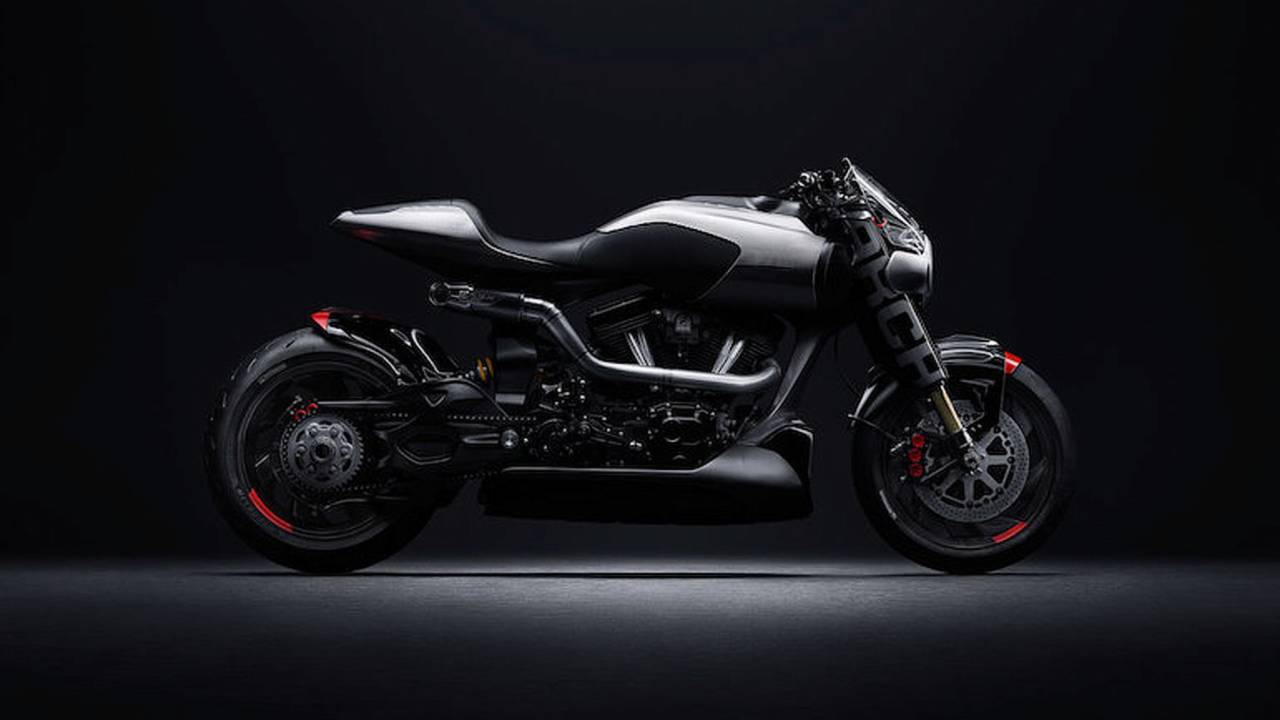 Arch Motorcycle's Method 143 is a bike that is truly produced with no expense spared. From its design to its production techniques to its top-shelf, third-party components, you’d be hard pressed to upgrade the 143 if you tried. While photos did circulate upon the Method’s debut at EICMA late in 2017, it wasn’t until more recently that we finally got word on more detailed specifics about it, so let’s get into it.

Even the LED headlight on the Method 143 is proprietary

Starting at the heart of the limited edition model we have its engine and namesake, a T143 2,343cc (143ci) fuel-injected V-Twin from S and S. The hefty S and S mill has been retuned for better longevity and sharper throttle response, though very little oomph is reportedly lost in the process as the V-Twin still puts down a claimed 170 horsepower. The engine is also fitted with B3 cylinder heads with two bolt exhaust flanges, three-piece flywheels, high-flow oil pump and cam cover, and Premium High-Performance Tappets all from S&S, as well as Gloss black rocker covers, gear cover, tappet blocks, and pushrod tubes.

Like the tank, the seat displays the path/pattern left by the CNC machine

The S&S mill now spits burnt fumes via a trick MotoGP-inspired titanium, billet aluminum, and carbon fiber exhaust made by SC Project. The 143 also features a six-speed Baker "transmixer" linked to a high-torque main shaft with a chain final drive giving power to the rear wheel. The massive engine gets help from some modern electronic riding assists too, as there is admittedly a lot of power to keep in check.

MORE OF THE LATEST FROM ARCH: Arch Motorcycle unveils trio of new bikes at EICMA

The Method 143 hides carbon fiber and other precious materials throughout

Wrapped around the V-Twin is a carbon fiber monocell chassis with an integrated fuel cell—a first for a production model and a feature that allows for minimal weight and maximum stability, especially at high speeds. Bolted onto the main frame is a CNC machined aluminum sub-frame, and beneath that is a trick CNC machined, single-sided, billet aluminum swingarm designed by Arch and manufactured by elite racing outfit, Suter Industries.

The bodywork on the prestigious American two-wheeler is comprised of a CNC machined 6061 aluminum unit with a layered integrated leather in seat and tank area. The machining lines were left visible as a styling choice, highlighting the fact that more than 200 parts were individually machined in order to produce each model. Surprisingly it appears the display consists of what the company calls an “Arch mobile phone instrumentation display”, though the 143 does still sport proprietary LED lighting, and what the elite marque refers to as “custom tailored fit and finish”.

Though Arch does call the Method 143 a “concept production motorcycle”, only 23 units are going to be produced. Making an example even harder to get is the fact that, though prices have yet to be released, the Method 143 is expected to carry a six-figure price tag, but that last part probably isn’t too surprising. To learn more you can click here to check out the Method 143 page on the Arch website.