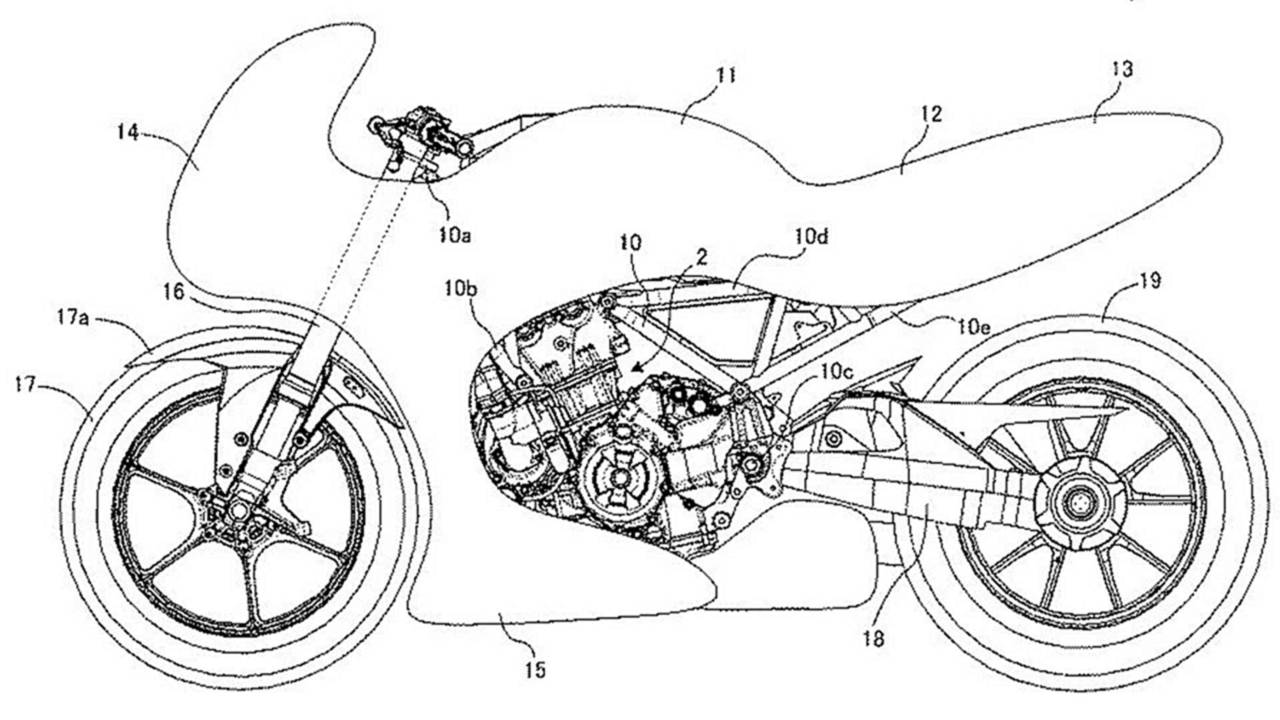 Suzuki blows the Recursion into a new generation of rocket commuter

You know all those rumors we've heard for the past couple years about a possible turbocharged Suzuki? Well, looks like we're another step closer to having it. New patent drawings registered by the company mark a major rethink for the long rumored Recursion turbo bike concept.

The original platform included a 588cc turbocharged, single cam, parallel twin motor rooted in an earlier commuter bike idea. These new drawings indicate a 700cc DOHC motor squeezed in with a potential power output closer to 150HP. No engine internals are shown, but a 360 degree crankshaft configuration would create bags of torque and an awesome "brap" from the exhaust. Lower bars and higher pegs complete the general tilt toward greater performance. Throw in radial braking and you get a very exciting sport commuter.

There, I just invented a new category—Sport Commuter." A steel trellis frame offers more room for the intercooler and related plumbing and lowers production cost. It also looks pretty cool, I'll take mine in red. A single sided swingarm comes right from the high-end sportbike world. There are other changes leading toward a gentle nudge in the direction of a 21st-century Katana. The designation "GSX700" also provides a link to a Katana past.

Up front, A six spoke front wheel lightens the look of a heavily enclosed bike. In fact, the body work shown in these drawings conceals much of the detail, probably on purpose. Maybe Suzuki is looking to reawaken the fully wrapped motorcycle fad? The already established forward facing turbo, and reverse flow head design are clear enough. Patent drawings are not production motorcycles, but the fact that Suzuki just worked out a major performance update on an already intriguing bike has got our full attention.