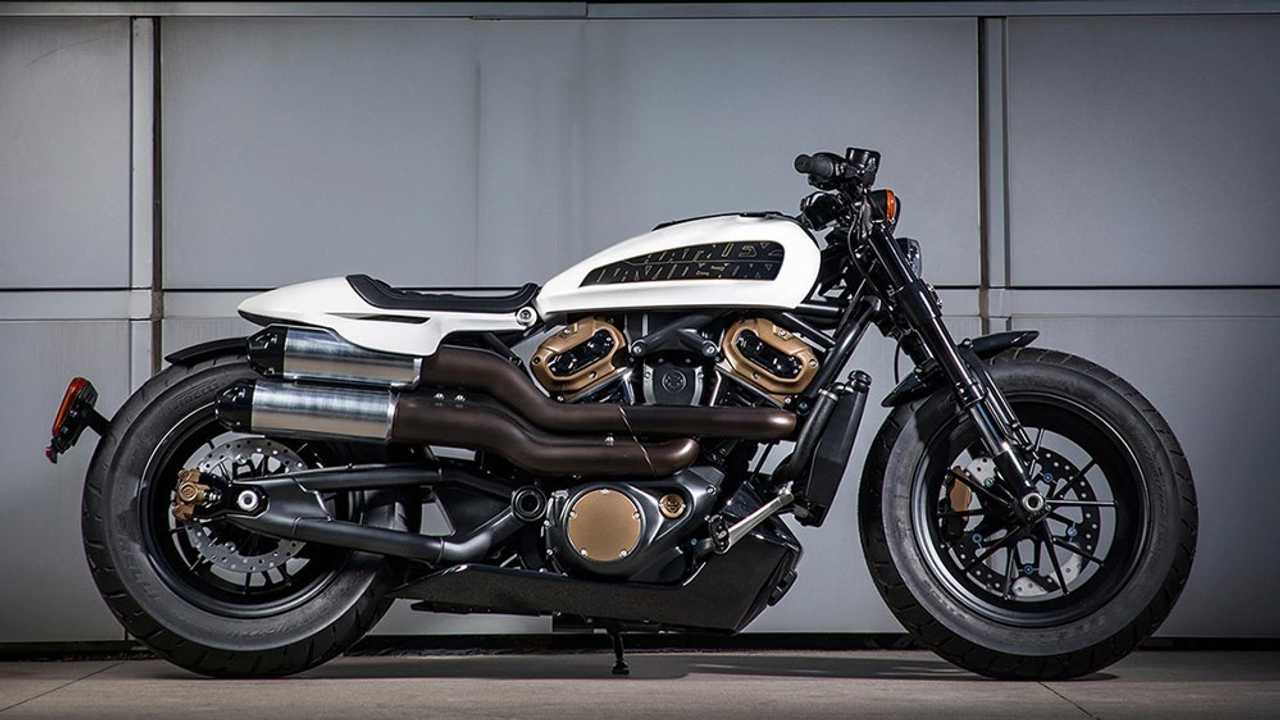 If you like motorcycles, chances are that there’s at least one cruiser out there that tickles your fancy. It’s the quintessential bike, the type most people think of when the word “motorcycle” is uttered. It’s no wonder: pretty much all the manufacturers have at least one player in the cruiser game which results in an incredible variety of styles and engines.

Though 2021’s new cruiser harvest isn’t as plentiful as 2020’s, the bikes coming this year are possibly more important and, dare we say, more exciting than anything introduced last year. After a look through our list of new cruisers expected in 2021, we think you’ll agree.

By the end of 2020, Ducati was one of the many manufacturers that still had a bit of catching up to do to ensure all its bikes were meeting the new Euro 5 emissions standards. While some of those “upgrades” were more significant—like the new Multistrada V4 and Monster—others were far more modest.

In the case of the new 2021 XDiavel, the update was somewhere in-between. While not revolutionary or at the forefront of innovation, the new XDiavel did, however, receive a power increase with its Euro 5 update. For 2021, the Italian power cruiser produces 160 horsepower and 93.7 lb-ft of torque—an 8-hp increase over the 2020 model-year (provided you’re in Europe—the U.S. power figures are unchanged).

The all-new Honda Rebel 1100 didn’t receive half of the attention it deserved. The sized-up, big-twin cruiser is an interesting and exciting addition to Team Red’s lineup. It uses the Africa Twin’s upgraded 1,084cc parallel-twin that, as we’ve experienced in the Africa itself, turned out to be a wonderful wündermill and one we’re glad Honda decided to find new applications for.

The new Rebel flagship is possibly the cruiser we’re most excited for in 2021 and one we’re definitely looking forward to getting our hands on.

We know virtually nothing about the upcoming Harley-Davidson “custom cruiser”. Rumor has it that the American power cruiser is going to receive the Bareknuckle nameplate and that it’s going to use the same Revolution-Max 1,250cc V-twin as the Pan America.

Though the model remains listed as “planned for 2021”, we have yet to hear about anything about a potential launch or even a concept. Considering how secretive Harley has been about its future models since the big spring 2020 reorganization and resulting new corporate strategy, there’s a chance we could get a surprise during one of the Motor Company’s upcoming events in January and February, 2021.

Other Potential Cruisers; Coming In 2022?:

What If Husqvarna Made A Vitpilen-Based Cruiser?

While Harley is quietly doing its own thing away from prying eyes, Indian already came forward with its full 2021 lineup for everyone to see. New to the family is the Indian Vintage Dark Horse which is a stripped-down, blacked-out version of the Vintage. The Dark Horse shed the touring windscreen, the chrome, and the pillion seat which results in a stealthier, more bobber-like silhouette.

The new Vintage Dark Horse comes with a Thunder Black Smoke colorway, complete with matching black saddle with silver rivets, and black leather saddle bags, with fringe, of course. The new entry-level Vintage cuts $1,000 from the fully-loaded model’s starting price and opens the segment at $19,499.

There have been rumors of a Royal Enfield mid-size cruiser making the rounds for a few months now. The fact that a suspected test mule was spotted out on the road on several occasions only added fuel to that fire.

Just like with the Bareknuckle, we know very little about the upcoming 650 Cruiser—aside from the fact that it will use the same 648cc parallel-twin as the Interceptor and Continental GT  and borrow a few styling cues from the XK Concept. Based on spy shots of a cruiser test mule spotted in India, we can also expect the bike to feature Enfield's first USD fork, a set of alloy wheels, and a tall touring windscreen.

Though Royal Enfield was seemingly caught off-guard by the launch of Honda’s H’ness CB350, it didn’t take long to retaliate with the long-awaited Meteor 350.

The entry-level cruiser not only went after Honda’s wildly popular new neo-retro model, but it also set an important milestone for the company. First, because it introduced the brand-new “J” motorcycle platform that should eventually make its way in the Classic and Bullet 350. The new platform comes with a slightly bigger 350 thumper—350cc, SOHC, single-cylinder rather than 346cc—rated at 20 horsepower and 19 lb-ft of torque.

Second, because it became the first bike in the lineup to feature Tripper, Enfield’s first nav system. Even better: as far as we can tell, the Meteor will also be Enfield’s 350 to enter the North American market.