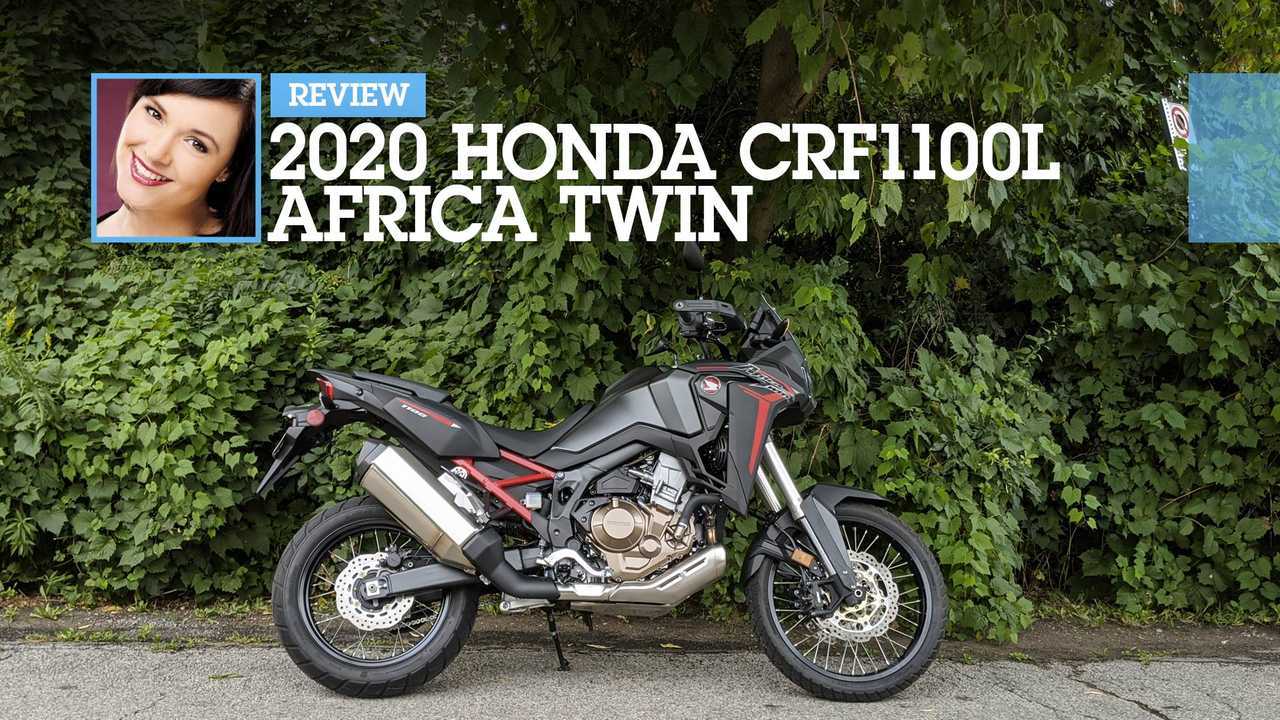 Three years ago, I sat on the Honda CRF1000L Africa Twin for the first time. After a 1,000-mile road trip that involved a sentimental day-trip with my dad on his 2001 Valkyrie Interstate, it was settled: adventures bikes were my kind of bikes. I had been on the Yamaha Super Ténéré before, but nothing cemented my conviction quite like the Africa Twin.

The bike has since kept a special place in my heart. You can imagine my excitement when rumors of the 1100 upgrade surfaced a few months before its launch. I was watching the Honda headlines like a hawk. Finally, in September, 2019, Team Red introduced the new CRF1100L. I obviously had to get my hands on one and once the press fleets became available after the lockdown, it’s one of the first names I had on my list.

I finally got to spend a week in the saddle of the new Africa and boy did things change in only three years. Some for the better, some for the worse.

On the surface, the changes between former and current model-years are light-handed. Honda freshened up the headlight cluster and semi-fairing's design. The head sits higher on the body and is topped with a shorter windscreen. At the back, the muffler was shortened by a few inches and the tail was redesigned.

The handlebar is taller by 0.9 inch, the fuel tank is now slightly bigger at 5 gallons versus 4.97, and the bike now weighs in at 501 pounds—a five-pound weight loss.

The most important changes occurred on the inside, however. Aside from the engine, of course, the 2020 CRF1100L now features a detachable aluminum subframe and the swingarm is inspired by the CRF450R’s lighter, more rigid unit. These new features contribute help reduce the weight and improve the handling.

As for the suspension set up and brake hardware, they carry over unchanged. Even the dimensions are the same with a 62-inch wheelbase and 34.5 saddle height. New this year is the cornering ABS with selectable on and off-road modes.

From an ergonomic standpoint, the new bike is almost identical to its predecessor. Despite a few minor tweaks to the handlebar height and seat width, the riding position is as comfortable as I remembered it to be.

For my 5’8” stance, the knees are almost at a perfect 90-degree angle. For taller riders, though, I can see the leg position leaning on the sportier end of the spectrum. The footpegs are in the perfect position to be comfortable on long hauls while also allowing the rider to shift from sitting to standing in one effortless move.

The elbow-height handlebar creates a natural stance that’s both comfortable and makes the bike easy to handle and maneuver. The upright position shifts all the weight to the back and the saddle is just long-enough to make shifting back and forth a breeze for when you need to change the pressure point. Plus, in my case, the saddle is tall enough to allow my legs to dangle when I need a stretch (standing up on the pegs at highway speeds isn’t great, so letting the legs down is my alternative).

Sometimes, the question “Why change a good thing?” needs to be answered with “To make it better”. That’s exactly what Honda did with the Twin. Displacement is up, power is up, weight is down, and though the changes don't look dramatic on paper, they’re enough to make a great bike better.

As I mentioned, the upright position removes all the weight from the hands which allows them to steer and direct the bike freely. Low-speed maneuvers feel lighter than the number on the scale would suggest. That became particularly obvious when I had to walk the bike for parking, jacked on the 34+ inch saddle.

The base model I tested didn’t have the schmancy Showa Electronically Equipped Ride Adjustment suspension, but I found the entry-level set up well-adjusted to everyday riding. The bike feels grounded at all times and at no point did it feel like I lacked control. The handling is sharp and precise in every situation.

That 86cc displacement increase (from 998cc to 1,084cc) comes with a six-percent power increase. The output is now rated at a modest yet healthy 101 horsepower and 77 lb-ft of torque. That’s only a seven-horsepower and four lb-ft increase over the outgoing model-year, but that’s just enough to significantly liven things up. Between the power boost, retuned ECU, re-angled fuel injectors, and larger throttle body, there’s something there that wasn’t there before. I loved the CRF1000L’s milder disposition, and I love the CRF1100L’s new-found spunk.

On the fuel economy front—because that matters for bikes with touring aspirations—I averaged somewhere around the 42-43 mpg mark (mostly in the city) which resulted in a range of roughly 215 miles. If you need the extra range, the fuel tank on the Africa Twin Adventure Sports ES is a cavernous 6.5 gallon.

Though “only” a twin, the engine runs smoothly and doesn't cause the entire bike to vibrate, hum, or buzz despite a fair abundance of plastic surfaces. That's Honda assembly quality for you.
No bike is perfect, however, and in the case of the CRF1100L, one of these imperfections seriously killed my vibe.

The Africa received a ride-by-wire upgrade in 2018—a feature that carried over into this new model. Sure, swapping the cables for an electronic throttle control makes the whole thing more responsive. It shows in the Africa’s peppier personality. Accelerations are vivid, torquey, and, dare I say, fun. You can feel yourself pushed back in the saddle when you twist the throttle and it’s exhilarating.

Unfortunately, the “instant” throttle spoiled it for me and turned my fangirl passion into frustration. Remember, I rode on the 2017 model-year, when the bike still used good ol' cables. The ride-by-wire makes modulating the speed more challenging because of how sensitive it is. Every slight variation in the opening, whether caused by human adjustment or road irregularities, makes the power oscillate. I struggled to keep a steady pace, particularly at low speed.

I ended up mainly suing the Off-Road and Gravel. According to Honda Europe, the two modes use the lowest power settings (3 for Off-Road, 4 for Gravel) and least aggressive engine braking setting, which makes them more useable in my opinion. Comparatively, the Tour and supposedly milder Urban modes remained too twitchy for my taste. At least in its most “rugged” settings, the throttle felt more cooperative and the power was easier to manage during commuting.

Another imperfection (though not a deal breaker like the RBW is) is the onboard computer. Maybe I’m a little old school when it comes to displays, but there’s a lot happening on that 6.5-inch screen. The display changes with the riding mode and displays different information, so you kind of have to learn what to look for based on the riding mode you're in. Plus, as though the screen isn’t big enough already, it needs an additional, smaller screen to display speed, odometer, and gear.

Navigating that computer takes a bit of figuring out as well, as the left-hand control cluster is busy. Some manufacturers manage to do more with less, but this isn’t the case here. Some might argue that I feel that way about the dashboard because I’m not a regular of big tourers like the Gold Wing, which is true. That being said, it still feels a little overkill.

On the opposite side, the right cluster is an empty block, fished out of the parts bin. On the DCT-equipped trim level, the manual gear controls would normally fill the void.

As complex as the instrument panel is, having the ride modes was a blessing. Owners can also pair their smartphones to the system via Bluetooth and even manage their calls. If that smartphone is an iPhone, the system features Apple CarPlay that turns the onboard computer into an extension of the phone when plugged in the USB port. Note that the phone needs to be plugged-in to have access to CarPlay—the app doesn’t work with Bluetooth.

I wanted to love the new 2020 Honda Africa Twin as much as I did the old one, but I ended up only liking it as a friend. Don’t get me wrong—it’s a fantastic bike in so many aspects and that new engine is absolutely worth it. The ride-by-wire throttle is just a massive buzzkiller for me.

If that's something you can overlook or even that you enjoy, for $14,399, you won’t be disappointed by the upgrade. It checks (almost) all the boxes.