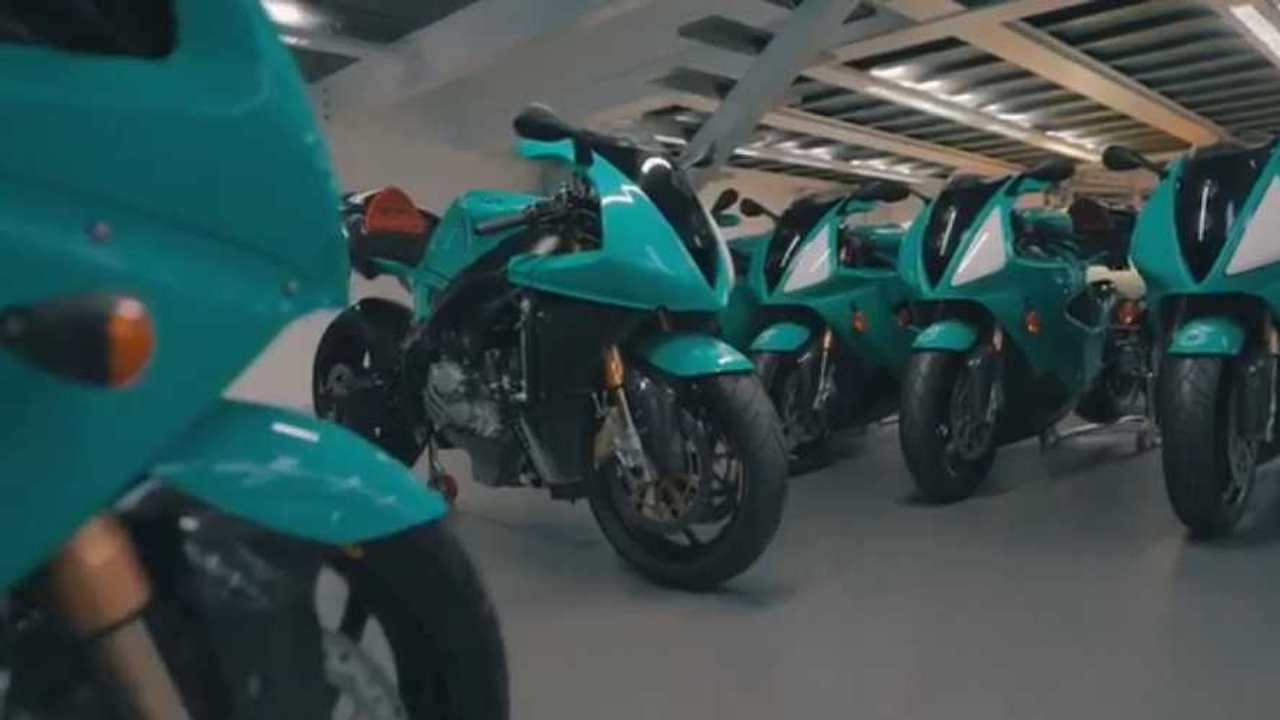 Lanzante Limited is preparing these previously unobtainable bikes for the open market.

A British company best known for restoring classic race cars is branching out to motorcycles with an unknown number of Foggy-Petronas FP1 race bikes, according to an Instagram post. These bikes have previously been tied up in a tangle of red tape that didn't allow them to be sold, but apparently, Lanzante has found a way through this.

The story of the FP1 is a comedy of errors and bad luck. Petronas initially designed a prototype liter-bike for MotoGP, but suddenly changed its mind to compete in the World Superbike Championship. This may have something to do with a partnership with series champion Carl Fogarty, forming the Foggy-Petronas team. Due to championship rules at the time, the engine was reduced to 899cc, though it still made an impressive 127 horsepower. Additionally, 150 bikes had to be built for homologation rules. Petronas built 75 in Malaysia and another 75 in the U.K. which were to be shipped to Malaysia.

Unfortunately, just after the FP1 was fully homologated in 2003, the World Superbike Championship increased its permitted engine displacement to 1,000cc, putting the FP1 at a serious disadvantage. Ironically, the original prototype's 989cc engine would have been right at home in the series. Off the track, it seems that 60 of the U.K. bikes never got shipped to Malaysia like they were supposed to. This caused a legal battle between Petronas and Malaysian distributor Momoto, as well as the Malaysian government for unpaid taxes and duties.

Fast forward to the present day, and Lanzante appears to have gotten its hands on a whole bunch of FP1s. "All bikes are being put into full working order and made available with all spare parts backup," says Lanzante's Instagram post. In the comments, Lanzante clarifies that these are not the 60 bikes that allegedly never left the U.K. Another comment says that these are not the FP1s that were to be sold in Malaysia by Momoto, so it's unclear exactly where these bikes came from. What is clear is when they eventually go up for sale they should fetch a pretty penny for their extreme rarity.