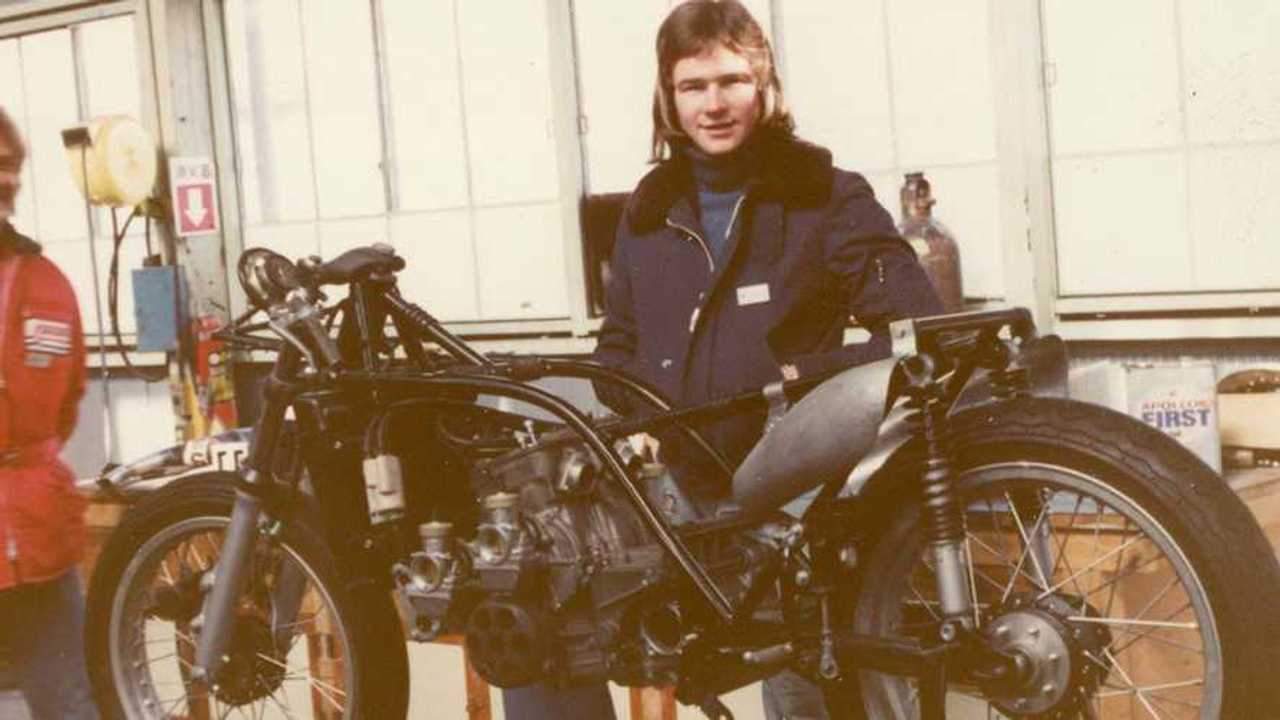 The rebuild will take place on the Motorcycle Live show floor.

The Motorcycle Live show begins this weekend in Birmingham, U.K. Suzuki intends to show off its current models, along with a special classic Katana display along with Suzuki's brand new version. That's cool stuff, but the part that appeals most to old Japanese bike nuts like me is the G-54 Grand Prix bike that Suzuki will be restoring right there on the showroom floor.

The G-54 was originally a concept bike built in May 1973. Suzuki had pulled out of the Grand Prix series in 1968 after F.I.M. regulation changes. Suzuki continued to see success in the lower displacement divisions of racing and decided to return to the 500cc class to have another go at Grand Prix. (At the time, 500cc was the largest displacement class.) Suzuki brought in Makoto Hase and Makoto Suzuki, who had already converted the GT250, GT500, and GT750 road bikes into the successful TR250, TR500, and TR750 race bikes, to build the new top-tier race bike.

The bike was named the G-54—"G" for "Grand Prix only," and "54" to represent the year 1974, because reasons. It had an unusual frame that had no frame rails below the engine to save weight. Using the engine as a structural member to omit lower frame rails is fairly common practice today, but it was unheard of in the early 1970s. Suzuki racers Barry Sheene, Paul Smart, and Jack Findlay all got the chance to race the G-54 in 1974, but despite finishing as high as second place Suzuki replaced it with a more conventional bike halfway through the season. The G-54 wasn't dead, though. It became the basis of the Suzuki RG500.

Nigel Everett, who was a Grand Prix technician from the early 1970s until 1988, will perform the restoration on the show floor at Motorcycle Live. Everett founded Racing Restorations after leaving Grand Prix, focusing on restorations such as this. Paul Smart, who raced the G-54 back in the day, will also make some appearances at the show.