The Hesketh Vampire Might Have Saved The British Motorcycle industry 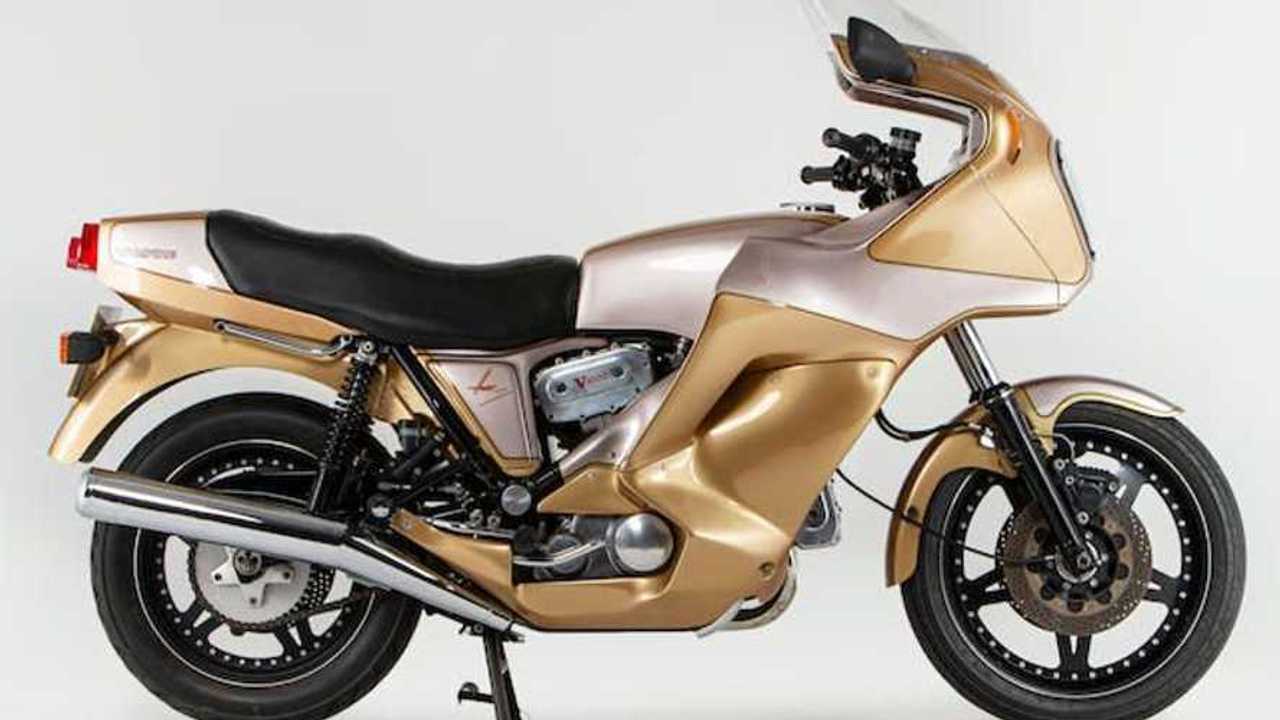 Instead, it was just too British.

By 1980, Japanese manufacturers had completely surpassed British motorcycles in performance and reliability. That didn't sit well with Lord Hesketh, owner of the last private Formula 1 team to win a race, with well-known British driver James Hunt at the wheel. Hesketh decided to restore the British motorcycle industry to its former glory himself. He ran a Formula 1 team, so he started a motorcycle company. How hard could it be?

Hesketh worked with engine builders Weslake to create a new 1,000cc V-twin. This was no Harley, but a modern design with dual overhead cams, four valves per cylinder, and a five-speed transmission. It generated 82 horsepower at 6,800 rpm and 78 pound-feet of torque at 5,400 rpm. The engine was also designed to be a stressed member, saving weight on the frame. The bike used Marzocchi suspension front and rear, with twin disc brakes in front and one in the rear, all 280 mm. Its fiberglass fairing kept the wind off the rider while guiding it into the engine area for cooling. The bike's top speed was 138 mph.

This was the Hesketh V1000, not the Hesketh Vampire. Hesketh was so eager to put the bike into production that he rushed it. The result, rather than saving the British motorcycle industry, was more of the poor reliability that people had come to associate with it. Combined with a high price, the company failed rather quickly, building only about 140 V1000s before declaring bankruptcy.

In 1982, Lord Hesketh bought back the rights to his old company to give it another try. This angered a number of his early financial backers who lost the money they had invested into the original company. Hesketh refined the V1000, reworked the fairing a bit, and released essentially the same bike as the Vampire, the bike pictured here. Predictably, it had the same problems as the V1000. Production numbers are uncertain, said to vary between 40 and "several dozen." This particular bike's engine is stamped with the number 0053, indicating that at least 53 Vampires were built.

One of Hesketh's engineers, Mick Broom, went on to start his own business, Broom Development Engineering. Among other things, he finally worked all the bugs out of Hesketh's 1,000cc V-twin. Production never resumed the way Hesketh hoped it will, but the company continued to build low-volume premium motorcycles. In addition, anyone who bought an earlier trouble-prone V1000 or Vampire could send their engine to Broom to have it updated to the current more reliable spec.

This rare Vampire is currently up for auction at Bonhams. It's expected to sell for between $20,000 and $33,000. That may seem like a lot of coin for an unreliable British bike, but it's the rarity, history, and exclusivity that the lucky buyer will be paying for.