Hesketh does its thing again.

After an absence of almost 30 years, Hesketh motorcycles has just announced that it will launch a new superbike that will boast a massive 120 bhp,1,950cc V-twin engine. Named the “Hesketh 24” it commemorates James Hunt’s famous victory in the Hesketh F1 racer. 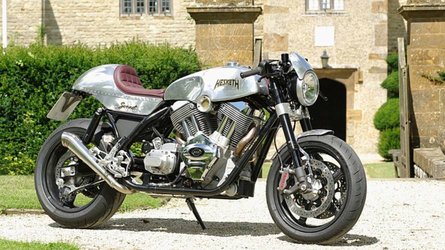 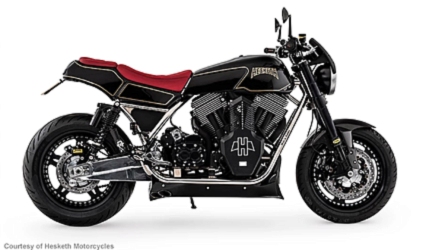 This new bike marks the return to motorcycle manufacturing by the enigmatic British company. Most people have never heard of Hesketh, as it was created in the aftermath of a 1970s Formula One Grand Prix team that World Champion James Hunt once drove for. (Younger readers may know of James Hunt from Ron Howard's film, Rush. Sigh...) 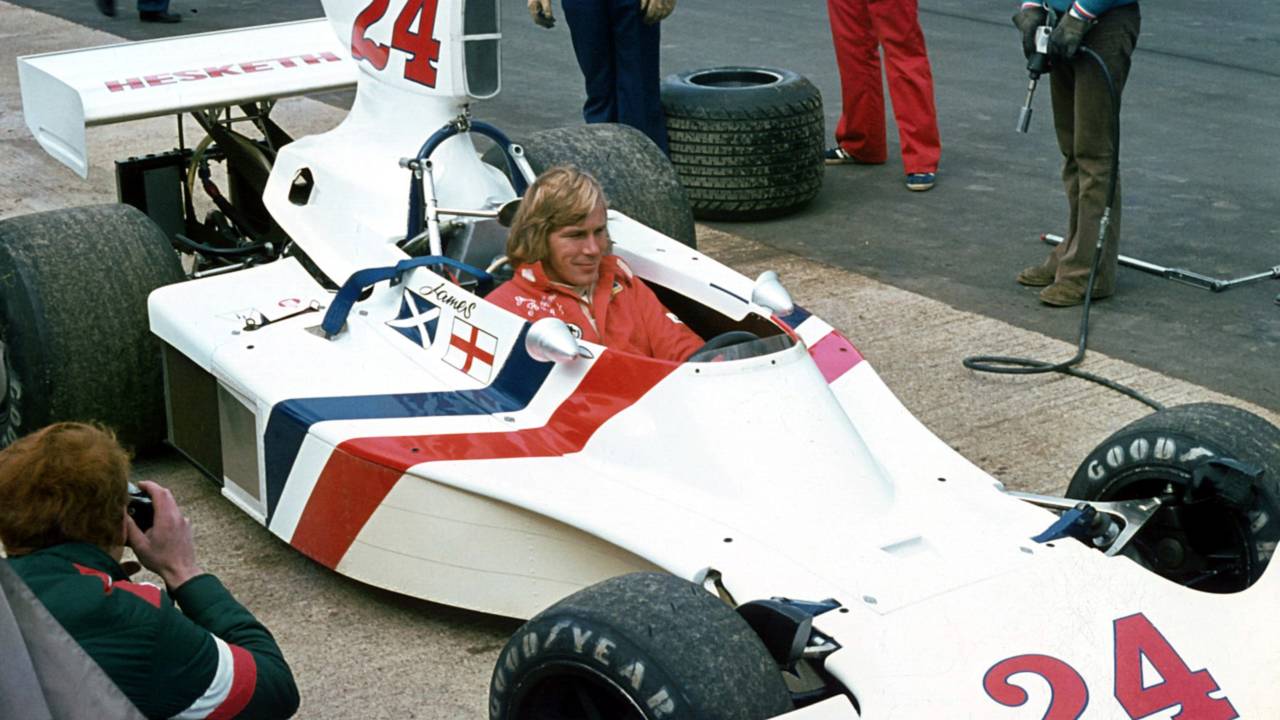 In 1975, James Hunt famously drove this Hesketh Formula One car to victory at Zanndvoort in The Netherlands.

In 1980, under the patronage of Lord Alexander Hesketh, who had put his own money into creating the F1 team, Hesketh embarked on a new venture to build the ultimate British motorcycle. Using a 1,000cc Weslake-designed V-twin and its own frame, a prototype was built in 1980. Two years later, the first production Hesketh V1000 bikes were made on the private estate of Lord Hesketh.

However, the V1000 proved to be unreliable, heavy and with an awkward seating position. It was the wrong bike at the wrong time and, after just a year and 139 bikes, Hesketh Motorcycles went into receivership.

Ahead of its time or just a bad idea? The original Hesketh V1000 was such a commercial failure that it bankrupted the company.

Lord Hesketh tried again with a heavily revised V1000 in 1983 that had a full fairing and several other modification, launched it as the Hesketh Vampire. That sadly too failed, as it had inherited many of the faults of the previous model and this time only 40 Vampires were produced before the company closed again.

Since then Hesketh Motorcycles has had several owners but today is run by Paul Sleeman, who intends to start production again with a factory in Surrey, England.

At the recent Birmingham Motor Show in the UK, Hesketh Motorcycles unveiled the Hesketh 24 with styling apparently inspired by the James Hunt Hesketh F1 race car from the 1970s.

The Hesketh 24, aside from its huge 56-degree V-twin engine, has a steel frame, Ohlins suspension, Beringer brakes and carbon fiber wheels.

There’s a six-speed gearbox and the 6.0-gallon fuel tank – despite what it looks like in the pictures – is actually mounted below the engine.

The Hesketh 24 will be available in February next year and company boss Paul Sleeman said: “The design of the bike itself is centered around the big V-twin muscle at the heart of the bike, with overhead air intakes inside the tank above and a fuel cell mounted below the engine. To stay true to some original Hesketh features the front light offers a modern half cowel and the top tank follows the distinctive Hesketh shape.

“The Hesketh 24 is a nod to the F1 success of James Hunt and the Hesketh Racing team and we tried to incorporate this is in subtle touches, such as the small Scottish and English flags on the tail as seen on the original F1 24 car and the outline of the Zandvoort circuit that offered Hunt the famous 1975 victory.”

Hesketh Motorcycles has not released a price yet for the new motorcycle or said if it will be available for sale in the U.S. As its name suggests, only 24 will be made.

What do think? Does an American-made, air-cooled V-twin provide a suitable homage to a legendary F1 racer?