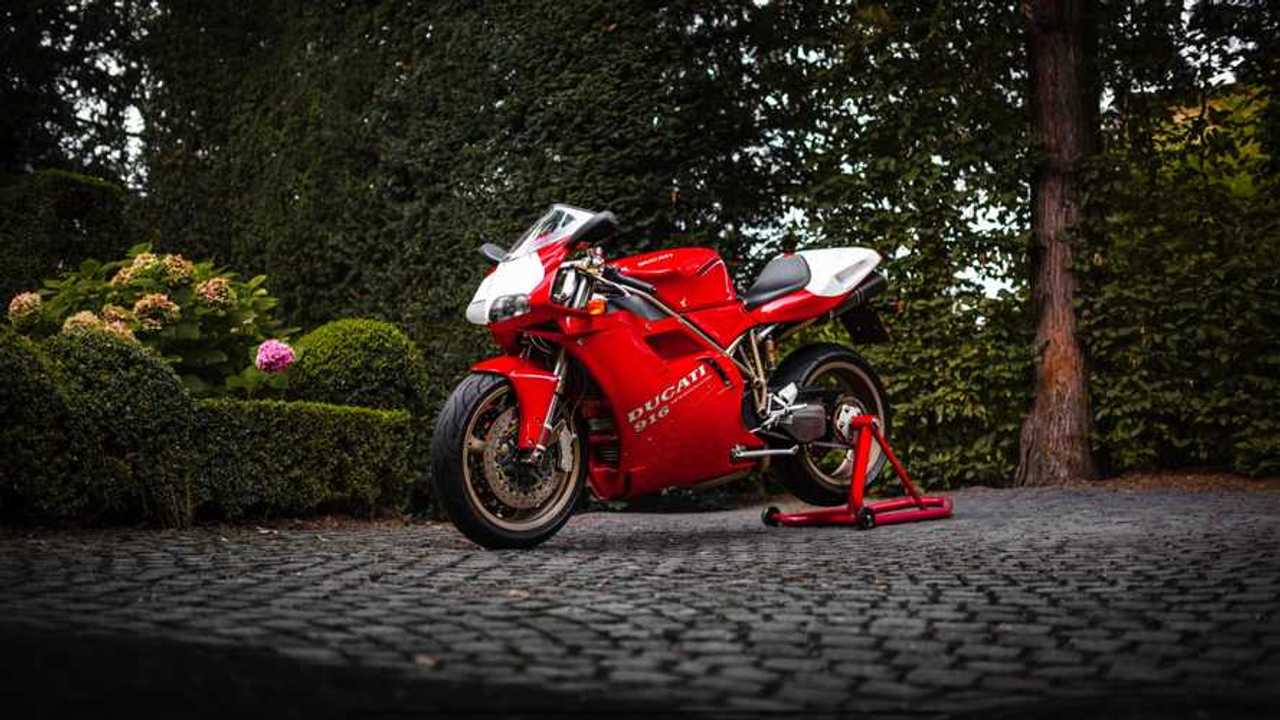 I have a poster of this bike on my bedroom wall.

Those of you who have read my stories can probably infer that my preferences lean towards the sportier side of things. Despite not owning a full blown supersport motorcycle (yet), I own a couple of naked bikes—which are essentially sportbikes sans the fairings and aggressive riding ergonomics. Nonetheless, growing up as a 90s kid into sportbikes, it goes without saying that the Ducati 916 was one bike I couldn’t take my eyes off.

Designed by The legendary Massimo Tamburini, the Ducati 916 began early production in 1994 at the Cagiva-owned MV Agusta facility in Varese. Subsequent models transferred their production to Bologna where more mass production techniques were utilized. As such, the few 916s produced in Varese have become significantly rarer than the already collectible Bologna units. This is precisely why this particular 916 is so special, and gives me goosebumps just writing about it and looking at its photos.

This 1994 Ducati 916 Desmoquattro is in remarkably good shape. A low mileage unit, this Ducati 916 Desmoquattro only had one owner and could be considered the cream of the crop as far as collectible Ducati superbikes go. Of course, given the fact that it’s a 1994 model, it goes without saying that it was one of the early 916s handbuilt in Varese. A nice tribute to this is the presence of the Cagiva elephant logo in several places.

Gallery: We Are Drooling Over This Pristine 1994 Ducati 916 Desmoquattro

This particular 916 bears the chassis number 000056 and the engine number 000128. In tip top condition, the bike has been fully serviced and perfectly maintained and is entirely original. Upgraded brakes from Spiegler specifically for the Ducati 916 have been fitted. To enable the Desmoquattro to sing its song even better, a carbon fiber Termignoni exhaust system has also been fitted.

Priced at $29,276, it’s the farthest thing you can think of from a budget bike. Those who understand and appreciate the rich heritage of the Ducati 916 know that this bike is worth that price. Undoubtedly, modern day sportbikes wouldn’t be what they are, if not for the Ducati 916.