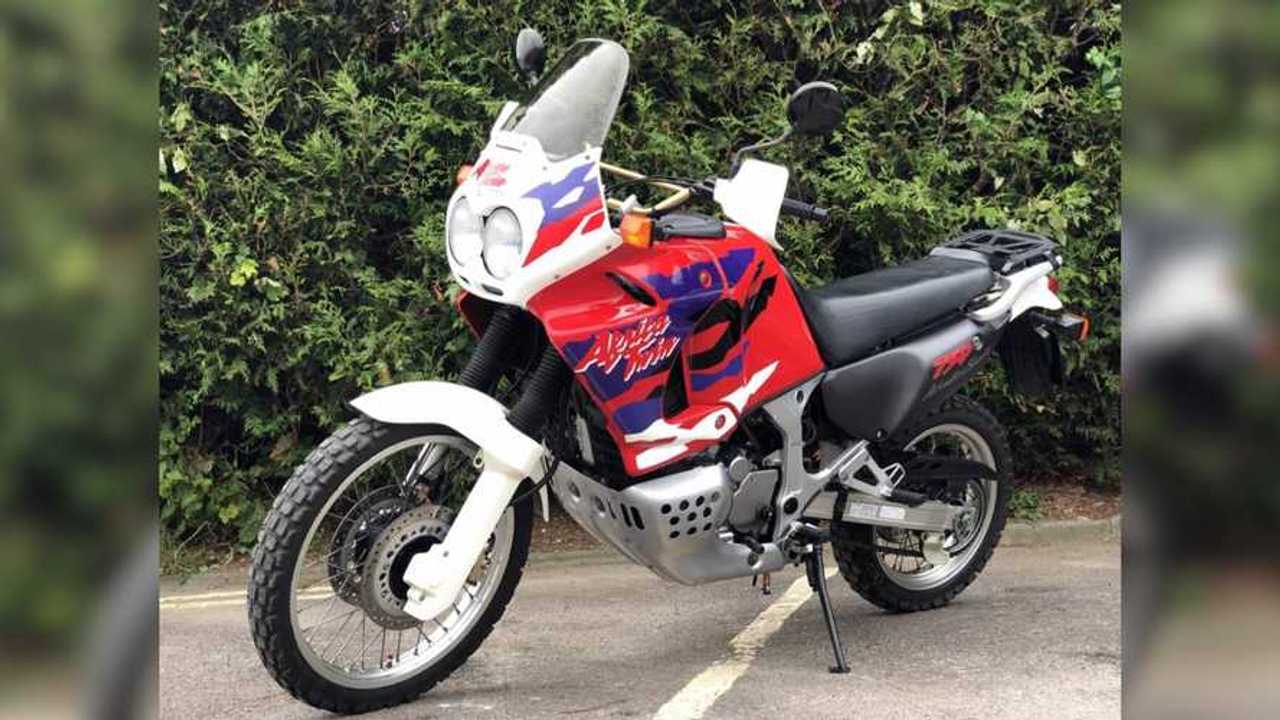 This is one bike that defined the adventure generation.

The Honda XRV 750 Africa Twin was designed to pay homage to race bikes in the iconic Paris-Dakar Rally. Sporting a very off-road-styled design, the bike makes for a great all-rounder. It's reasonably good at touring, decent in the twisties, and has enough grunt to take you cross country in with minimal effort. As opposed to its descendant, the CRF1000L bearing the same Africa Twin name, which is by far more capable off-road, given its considerably more advanced suspension and overall componentry, the XRV 750 from the early 1990s was much simpler.

Let's Go On An Adventure:

The Honda XRV 750 Africa Twin comes equipped with a 742cc, longitudinal V-twin engine. Producing a decent 63 horsepower, the Africa Twin of this generation had a top speed of a little over 100 miles per hour. Despite its style being inspired heavily by the off-road racing machines of the Paris-Dakar Rally, the XRV 750 wasn't really designed for heavy off-road use. Instead, it was made to provide long ride comfort as well as decent light off-road capability. Being one of the earlier bikes in the now popular adventure segment, the Honda XRV 750 Africa Twin was one of the bikes that defined today's generation of adventure and dual sport motorcycles. So much so, that in 2016, Honda revived the Africa Twin name, and released the extremely popular CRF1000L Africa Twin.

This particular bike is in remarkable condition. Located in Gloucestershire in England, the bike only has 11,872 miles from factory. From the shape it's in, the bike can be considered a time capsule as a 1997 model. It would appear that the previous owner of this bike is a collector, more than an adventurer, given the bike's condition in contrast to what it was designed for. It's obvious that this bike was hardly taken on long adventures, if at all, and even more so off-road.

On sale for £4,895, or around $5,833, this 1997 Honda XRV 750 Africa Twin would make a great addition to a collection of modern classics. Although the bike is located in England, several collectors have shipped bikes from this region stateside. Judging from the shape it's in, and the continuing availability of most of its spare parts, this bike still has thousands of miles to offer its next owner.