If you’ve been following the progress of the three Barry Sheene race bikes that arrived at Suzuki UK ahead of Motorcycle Live 2019, you’re in luck. Not only were these bikes restored for static display at the show. No, Suzuki decided it’d be extra fun to do a bit of performance, and made a show out of putting two of the bikes back together in front of the crowd attending. 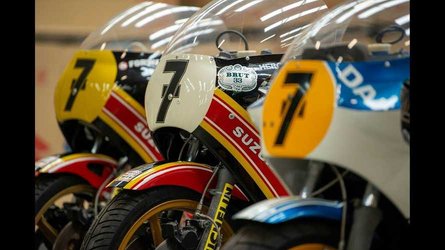 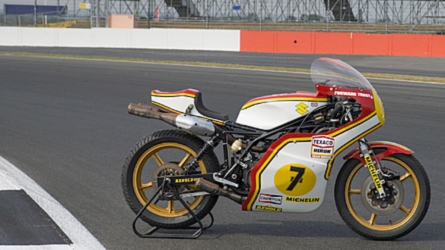 Watching skilled people build things is incredibly soothing. It’s almost a genre of YouTube videos unto itself. Skillful editing is also key—working on your own bike for hours is one thing, but holding your viewers hostage that long is another. Knowing that, how did Suzuki UK plan to do all that work in front of a live audience?

As Nigel Everett explains in this video, when the three bikes arrived from Australia, they’d been sitting for years and years, and needed some TLC. We’re talking about repairing water-damaged magnesium bits, rebuilding forks, strategic blasting of magnesium—basically, a bunch of heavy-duty stuff that isn’t exactly conducive to performance in front of an eagerly waiting crowd.

Those things, Everett and Martyn Ogborne did back in their shop, ahead of time. For Motorcycle Live 2019, the pair brought cleaned and restored bits for the XR23 and the XR45 to the show, for assembly in front of the crowd. Once each bike was properly reassembled with all its newly shiny parts, they planned to fire it up and have it run for the first time in decades.

Fiddly bits like bearings and suspension elements were, of course, replaced and refurbished ahead of time. Everett likened the actual Motorcycle Live build process to putting together a Meccano kit in front of an audience.

As well as the two Sheene race bikes assembled at the show, Suzuki UK assembled a good collection of additional Sheene race bikes on display. Just one week before the show, the Suzuki 125 that Sheene raced and made his name on early in his career arrived, and it makes a brief appearance. If you want to squeal at a bike like you probably squealed at Baby Yoda, you need to watch this video.