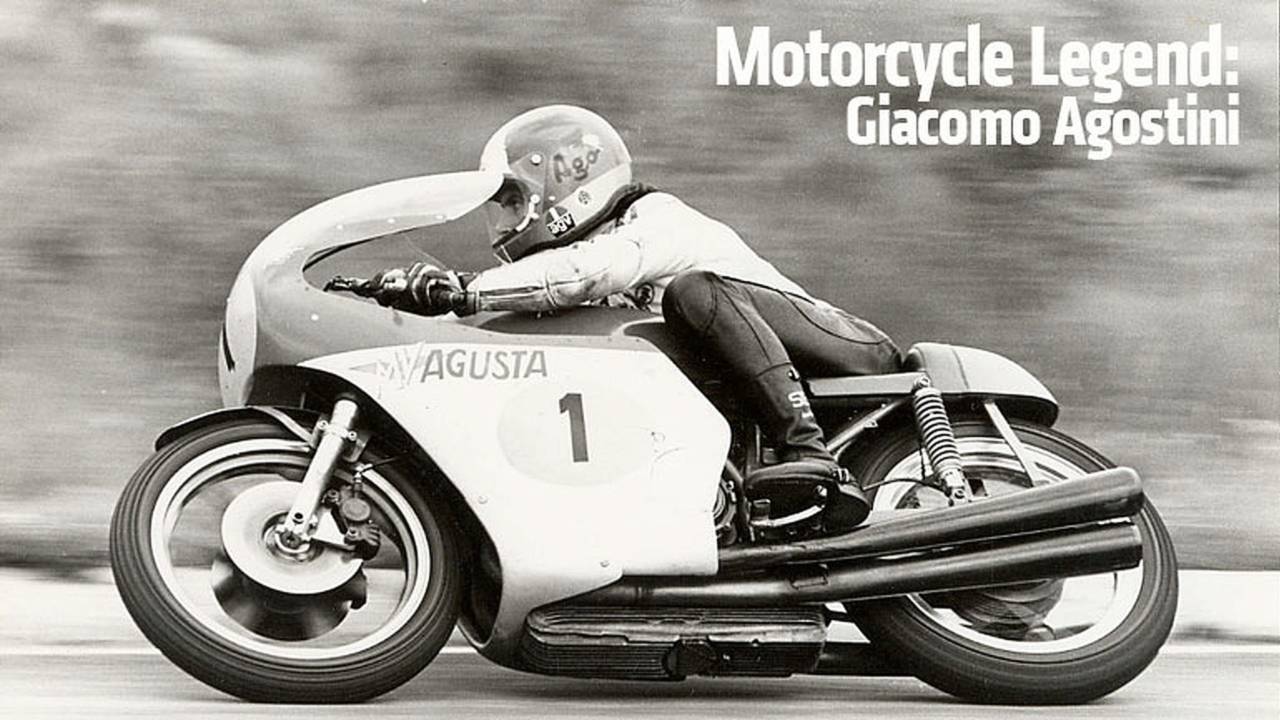 Giacomo Agostini: arguably one of the most famous names in motorcycling. If you don’t know who he is, you should. He has been racing and riding motorcycles since before most of us were born, and he was the best at it when motorcycles were small, wobbly numbers with more motor than frame. He had the nuts to ride these crazy machines very fast when they were, by today’s standards, ill-handling dangerous things with terrible suspensions and worse brakes.

Nicknamed “Ago,” Giacomo Agostini was born in Italy in 1947, and he was such a natural, Morini offered him a spot on their factory team in 1964, before he was even twenty years old. He was hired on to ride for MV Agusta; the two would become synonymous in the next decade plus of GP and TT championships. Mike Hailwood mentored the young Agostini, who eventually beat Hailwood at his own game; Ago went on to win races against Hailwood.

Ago has a total of 122 Grand Prix victories, 15 world championships, and ten TT race wins under his belt.

This isn’t a race; the races pause while bikes of every provenance roll through a single lap of the Mountain Course. It is not what we Americans would class a “parade” though. It's not as fast as the race laps but is by no means a slow lap. For this event, you definitely want to plan ahead and grab a seat at one of the course’s hairpin turns, where they will slow down significantly because you're going to want to see them all. There's a very interesting collection of the antique, classic, and/or simply famous motorcycles piloted by the famous and the extra-famous TT legends, old racers, forgotten heroes and sometimes just regular folks with interesting machines.

The bike Ago will be riding is an MV Agusta owned by Robert Iannucci: a 350cc ‘Quattro Cilindri’ which was first introduced for the 1972 World Championship season. Iannucci purchased the bike in 1986 from the MV Agusta Cascina Costa Racing shop and his team has restored the machine to “as raced” condition.

Giacomo is scheduled to lead the field in the Classic TT “Lap of Honor” this coming August. If you’re going, make sure your camera is ready!