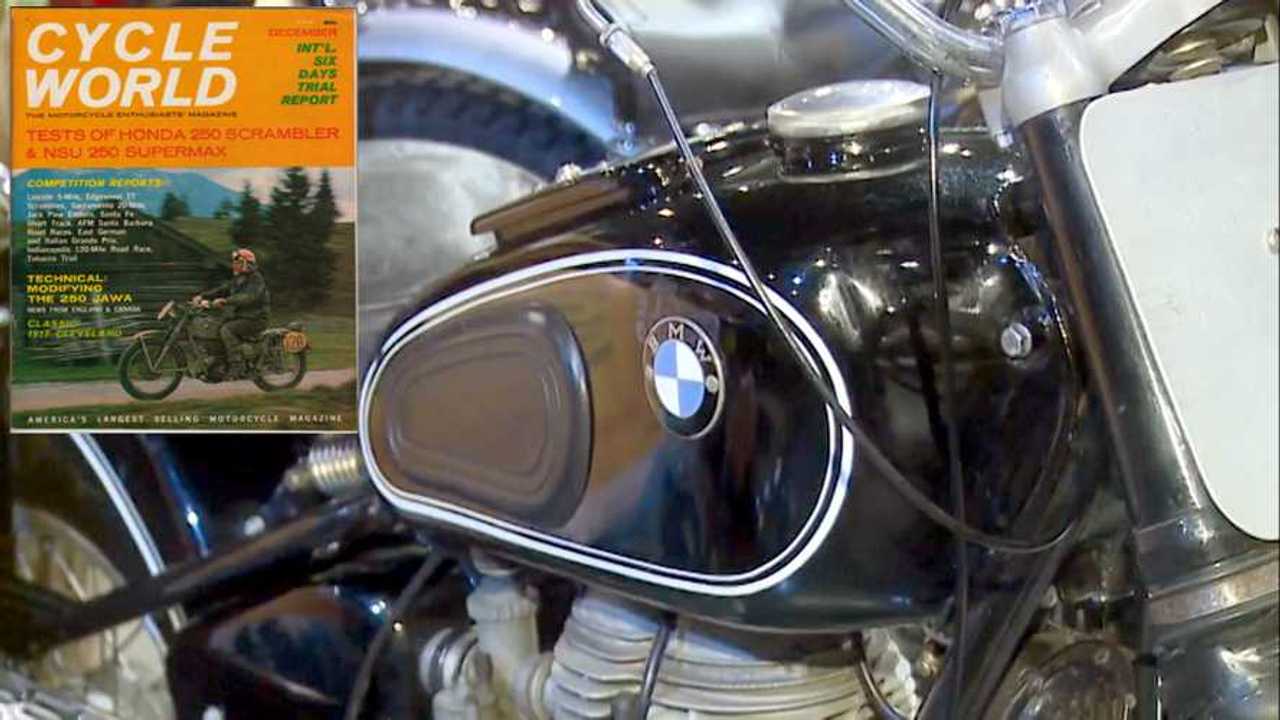 The National Packard Museum in Warren, Ohio is not the first place you think of when you think motorcycles, or even the first place in Ohio; the AMA Museum is only 175 miles away in Pickering. But in recent years they have put on an increasingly interesting display of machines with two wheels, among their usual four wheeled artifacts. This year their guest of honor at the opening was dirt legend John Penton, and they featured several of the bikes that bear his name, plus his personal BMW single ISDT race bike from the 1960s.

You may be wondering what a heavy, shaft drive BMW single, with plunger rear suspension, has to do with off-road dirt competition, but that just shows how far bikes have evolved in 60 years. Back in the days after WWII, big, reliable, powerful Harley-Davidson and Indians were popular in off-road endurance riding because they would take a beating and just keep on going and going. But when Penton got beat on his Harley knucklehead in the Jack Pine 500 Enduro by a lightweight (comparatively) BSA, he saw the writing on the wall, and started preaching the gospel of light is right.

He switched to BSA and came in second in 1949, and soon after opened a dealer in BSA, BMW, NSU, and other European brands. In 1958 he set out on a barnstorming tour of the USA on an NSU 175, riding from off-road event to event, and often winning on the same bike. In 1962, pretending to be Canadian, he went to Germany and took a silver in the International Six Days Trials enduro competition, on the very BMW 250cc single at the museum and on the cover of Cycle World. These days, if you know him at all it is for being the man who teamed with an Austrian company to create the Penton dirt bike, which later became KTM.

The exhibit features bike from the early 1900s, up until the present day, and follows the evolution of motorcycle technologies. Just the bikes related to John Penton and his company show a huge part of that in the off-road world.

If you live in Ohio and need a dose of motorcycle to survive the long winter, you should head over to the Packard museum. The exhibit runs from now until the end of May 2019.