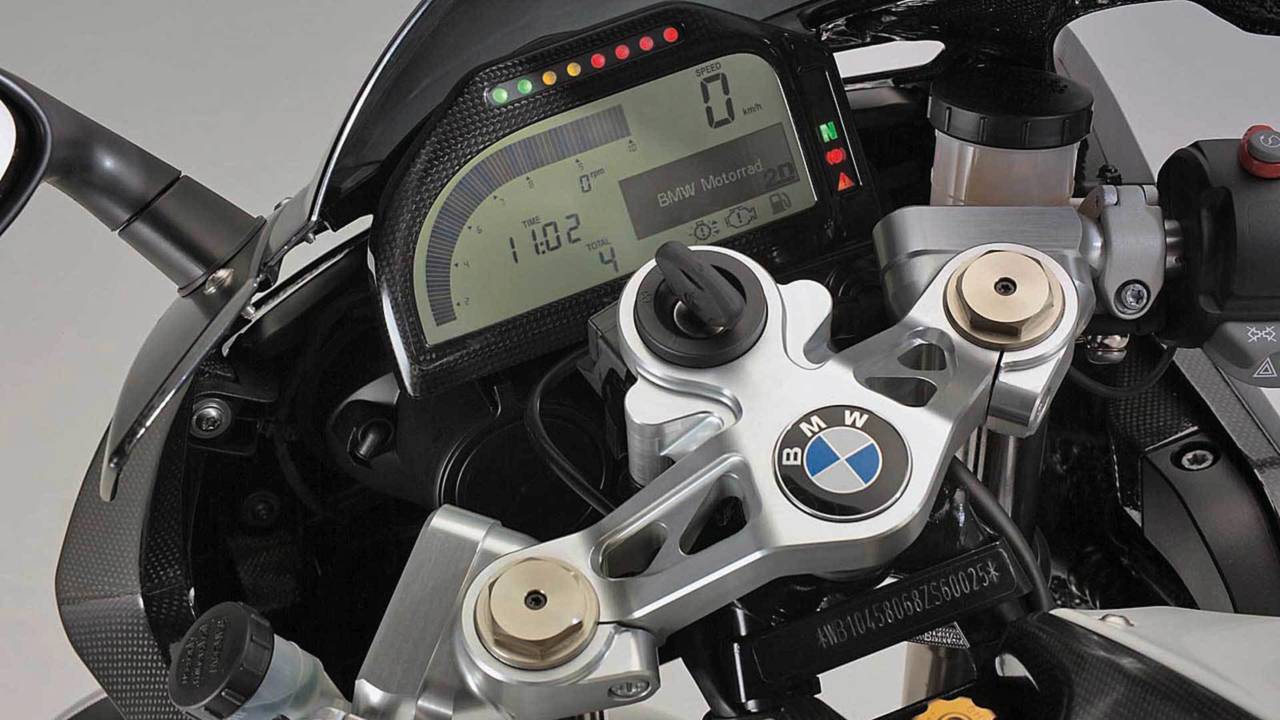 In this episode of That Motorcycle Column, Peter waxes wroth about the parking setting, cracker jacks, and factory tool kits.

What is the "parking" setting for anyway?

Despite the elitism of bikerism, there remain a few things about motorcycles that even the most motorcyclisti of us do not understand. One of these items is the “Parking” function on the ignition switch. As near as I can tell, the purpose of this key position is to make certain that your battery is dead when you least expect it.

We all understand the “Off” position, and that it is what we tend to turn the key to when we park our motorcycles. “On”, yup we also get that; it’s where we turn the key to when we want to ride. Then we have the choice of “Lock”, which is what we chose when we desire to pretend that thieves are lazy and unwilling to carry a motorcycle or have tools. That is the position allows us to lock the front forks. The thing is, most thieves are not lazy and they are not ill-equipped; they have trucks and winches and you probably should have just left the bike in the “Off” position because now you have only pissed them off and they’ve taken your bike anyway, while purposely scratching the fuel tank on your other bike.

But then there’s this “Parking” key position. This position allows one to lock the bike’s fork while having the taillight on, and be able to remove the key and walk away. It’s the leave-the-lights-on-when-you’re-not-home position. What? I ask you, who ever in the history of the universe has ever desired to walk away from their motorcycle with the forks locked and the taillight blazing?

In my first days of motorcycling I asked my über motorcycle mentor why this function existed. He told me that it is there in case you need to leave your bike on the roadside at night, and need to walk away from it, and want to alert thieves to where it is. I only learned of this feature because he had forewarned me of it. For some reason I need to be regularly re-warned. I mean, if “Lock” is good, then one position past “Lock” must be even better, no? Anyway, I do not think about that silly unwanted, unnecessary, useless function, so sometimes it reminds me of itself, and I am sad.

CHECK OUT: That Motorcycle Column - A Change is Coming

My GF and I went out to the garage ready to ride. I turned on the key of the motorcycle. Nothing. I had locked the forks when I last parked it because I live in a small town where the police are on a first-name bases with all of the criminals. Plus, they are lazy criminals without tools or trucks. So I locked the bike, or so I had thought. Now we had to wait a couple of hours while the battery charged before we could ride. That made me nuts.

Another item of confusion is that bag of toy tools that are like the “free-prize-inside” of a Cracker Jack box. It is just as useful as that now-toyish thing that decades ago was a pretty-cool three-dimensional object made out of lead or plastic, but the plastic versions didn’t produce that tasty toxic flavoring of the earlier heavy-metal toys. Both though were awesome swallow hazards. Then it became a “toy” tiny piece of paper. Now I’m told it’s a QR code, signalling that the end of times is near.

All that can be said about 99 percent of the tool kits included with motorcycles is that the manufacturers should ashamed of themselves. There are so many great, high-quality motorcycles that have these puzzlingly low-quality tool kits; it just makes no sense.

First of all, it’s appalling because many, many motorcyclists have an inherent appreciation for mechanical devices and would never purchase tools of the unfortunate quality of what comes with a motorcycle. Many of us love tools so much that a new tool purchase is a life event. Those of us who love tools sort through the pretend tools provided with a motorcycle, replacing the fake tools with real and proper tools just because it makes us feel good. Respect.

Maybe manufacturers should take Cracker Jack's lead and just include a picture of what tools we might want to carry on our motorcycles. Or maybe include some crayons and a line drawing of tools that we can color in, and then go buy ourselves some real tools. Or maybe just a QR code and some caramel-coated popcorn is all we need.