That Motorcycle Column - A Change is Coming 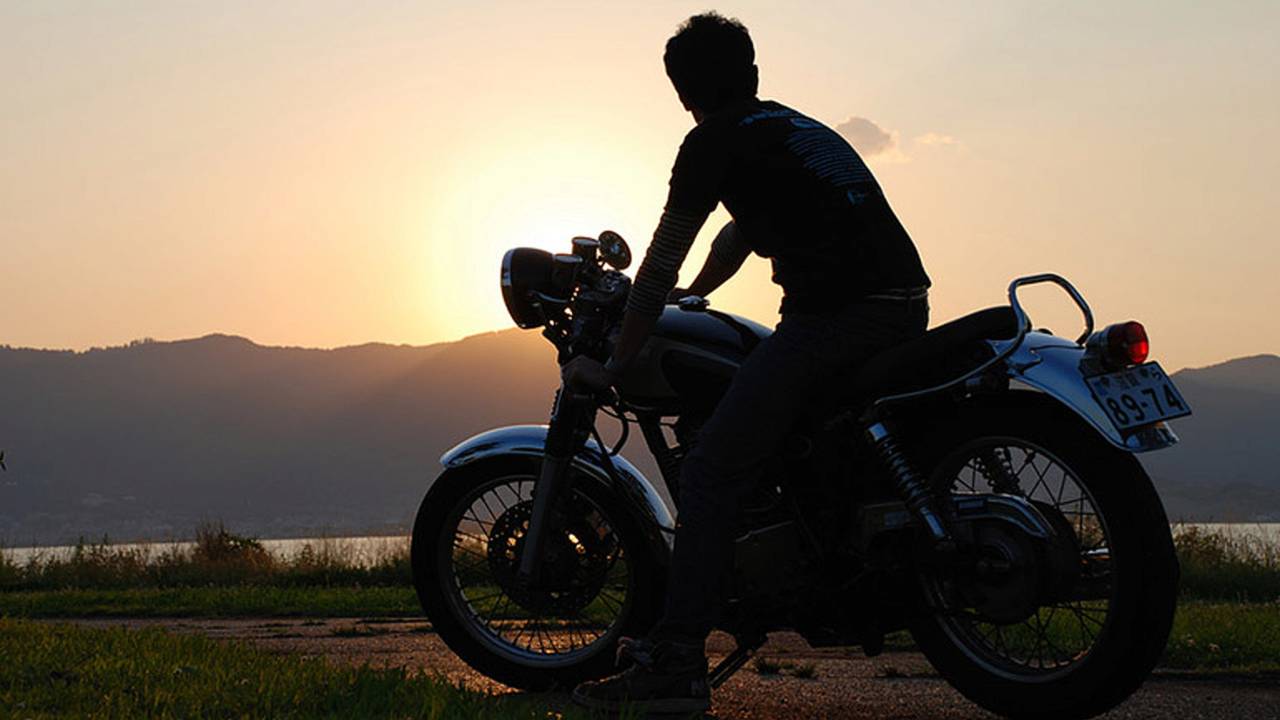 Wherein Pete hangs an onion on his belt, declares himself the anti-ambassador of motorcycling, and makes some excellent points about riding.

Which hurts more, a hot exhaust pipe on your leg or face planting while failing to run at 30 mph? If memory serves me, the hot pipe hurts the most physically while the face planting hurts the most emotionally. That’s because, on top of suffering physically from doing something stupid, when face planting you also know that your failure is fantastically enjoyable for others to watch. I hope you’re wearing a helmet.

I’m thinking of this now because at numerous times during my moto-journalist career, I have been asked to be an ambassador for motorcycling; you know, encourage normal people to ride motorcycles. Be a biker influencer. Apparently, despite my big mouth and bad attitude, some people in this industry still do not know me. If they did they would know that I prefer being an anti-ambassador for motorcycling, dissuading any and all who have doubts about ever riding a motorcycle. Have I become my mother?

As far as I’m concerned, motorcycling—like flying airplanes, down hill skiing, and having babies—is not something to do casually or on a whim. Being a motorcyclist requires having your heart committed to it. First of all, learning how to ride well is a pisser. Who among us did not start out by having a motorcycling lying on top of us, it’s exhaust burning our flesh? Who among us has not accidentally wheelied a bike over backwards, running after it while hanging onto the throttle and inadvertently twisting it further until our feet could no longer catch up to the impossible speed of our motoring torsos?

Secondly, not everyone should ride a motorcycle. Properly handing a bike is a complicated craft in which you are essentially bare-naked to the world, hurtling through space. That’s why motorcycles are statistically 17 percent more dangerous than automobiles (They are, however, 100 percent cooler. -Ed.). That said, rest assured that this surprisingly small percentage of added risk is only achieved because so few adults do ride motorcycles. Convincing more people to ride will result in bad car drivers becoming bad motorcycle riders, and then bikes will be 87 percent more dangerous than cars. That will not be a helpful statistic for us enthusiasts.

Thirdly, remember all of those weekend warrior fake bikers that resulted from the housing bubble fake equity money a decade ago? Lord, oh lord, that was annoying. Temporary riders with temporary tattoos spending temporary money to be temporarily (fake) cool. The horror of “Careful what you wish for.” was stamped all over that deal.

Right now there are some individuals in the motorcycle industry who have decided that motorcycling is in a crisis, and they want to promote motorcycling to a wider audience. Here's the thing: motorcycling is not in a crisis. Yes, it certainly is in flux, and some facets of the industry are having their troubles, but motorcycle sales across all brands are not very bad at all. H-D is down, while Triumph and Ducati are up. Some formerly great-selling metric models collect dust while the classic shapes are regaining popularity just like vinyl is in the music industry.

The industry portions suffering are primarily moto-media, dealerships, and road racing. As some of you already know, moto-media and dealerships are suffering from basically the same ill; communication technology. Instant news online and instant discounts on the Internet are unraveling yesterday’s business models. Media isn’t used to employing other media for success and dealers are hard-pressed to compete with the crafty online discount deals of free shipping, no tax, and earned points for future purchases.

Do I care? Not really. Should I care? Well… no. There is nothing immoral about the times changing, or about consumers’ habits changing. The survivors know that within the fact of change is the very answer: change. Do it now. Plus, the business of private businesses is in none of my business. That’s how for-profit industry works.

Long ago the advent of Rock n’ Roll divided generations, and those over 30-years old were left behind. Maybe we have come again to a transformative time, where a bold line can once more be drawn between the past and the present. Nickelodeon no longer shows Gilligan’s Island reruns. The Stones may have finally, actually, for real, stopped touring. Will gear driven cams now be forever forgotten? Will that glorious stink of Castor 927 forever leave the air?

Damn, where’d I put my Fitbit?