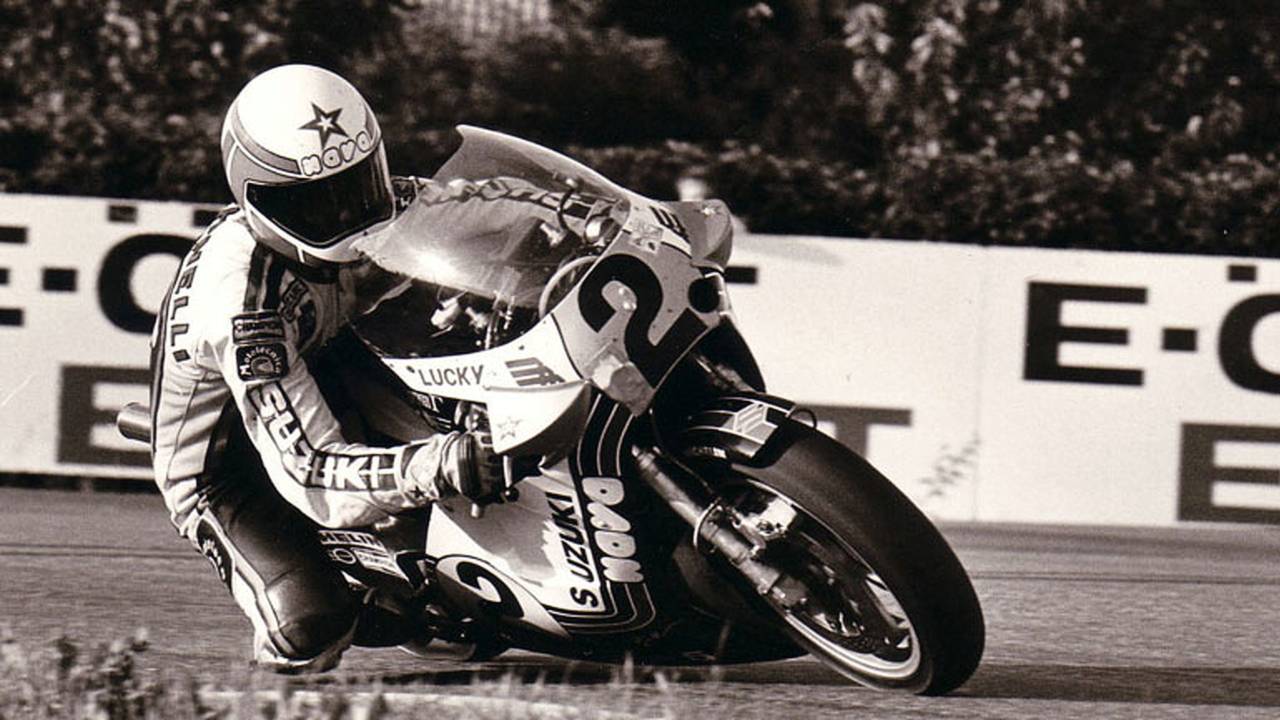 Former 500cc Grand Prix World Champion, Marco Lucchinelli's life away from the track was as intense and dramatic as it was on the track.

Each week RideApart looks back at key milestones in motorcycle history from technical innovations to significant model introductions to racing successes and, of course, some of the disastrous things we’d rather forget. This week it’s a former 500cc Grand Prix World Champion, Marco Lucchinelli, whose life away from the track was as intense and dramatic as it was on the track.

Italian Lucchinelli began his career in 1975 with Laverda racing in endurance events. His wild, fearless racing style quickly caught the attention of Yamaha who sponsored a bike for him to compete in the Italian National Championship as well as a 350cc ride in the 1975 Nations Grand Prix.

The following season Lucchinelli moved up to the big league with Suzuki taking fourth place in the 1976 500cc World Championship. He switched back to Yamaha in 1977 but with not much success before returning to Suzuki for three more years. By 1980, Lucchinelli was clearly on a roll. He finished third that year behind Kenny Roberts and Randy Mamola.

It was the 1981 500cc Grand Prix World Championship, riding a Robert Galliana-backed Suzuki RG500, that was to be Lucchinelli’s best year ever. He won the season opener – the Imola 200 in Italy – and then went on to nab five Grands Prix wins, battling with Mamola throughout the season and eventually snatching the World Championship title.

After that his racing career started to diminish. In 1983, Lucchinelli rode for Honda with the then new NS500 with Freddie Spencer as teammate but with little success. He then raced for Cagiva in 1984 and 1985 before switching to single seater cars in Formula 3000 with a Lola-Ford.

However, motorcycle racing called him back and in 1987 he took a popular win at the Daytona Battle of the Twins on a Ducati 851. For 1988 he joined Ducati fulltime taking two wins in the World Superbike Championship before finally retiring and accepting the role as Ducati’s WSC team manager.

It was then that Lucchinelli’s life took on a whole different direction. In December 1990, just after Ducati won its first ever World Superbike Championship at Philip Island, Australia, with Raymond Roche, Lucchinelli and two Ducati mechanics were traveling across a bridge in the team’s support vehicle. As they crossed the bridge a front tire blew out causing the vehicle to veer off the side of the bridge. It was only thanks to a steel cable that had got entangled in their car they did not plunge 75 feet into the ocean below.

The following year, things got even worse Lucchinelli. His wild off circuit life was well know within the motorcycle racing community, but it was stunned on December 9, 1991, when still working as Ducati’s team manager, Lucchinelli was arrested on suspicion of running an international drug ring.

It was alleged that along with four accomplices, Lucchinelli had been importing cocaine from South America to Bologna, Italy – the Ducati factory’s hometown. It was never proved that Lucchinelli was part of the drug cartel but he was charged and found guilty of possessing 200mg of cocaine and given a five-year prison sentence.

When he came out of prison, Lucchinelli, still protesting his innocence, raced in sports car racing with some success and is still involved today in a young rider program in his native Italy.