Ask RideApart: How Do I Start Riding a Motorcycle?

Here's how you take the leap from motorcycle fan to motorcycle rider.

"I live in LA and drive a Corolla. I see my friends get around much quicker and much easier than I do and I want some of that for myself. How do I start riding? Also, I'm going to law school, I'm on a budget. How much is it going to cost? I've never seen a full, step-by-step breakdown. Just make it easy for me. What bike should I buy, from who? What do I need to buy to ride it? How do I get my license? Thanks!"

Everyone Is New Sometime: 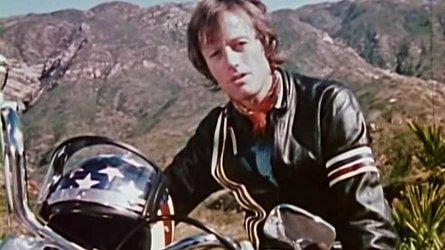 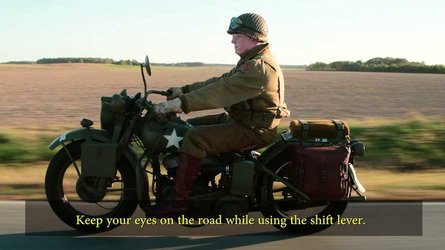 Learn How To Ride A 1942 Harley-Davidson

As Sam requested, let's break it down.

How Do I Start Riding?

The best way to start, by far, is to sign up for the MSF Basic RiderCourse. This course is designed to take a person who knows nothing about motorcycles and teach them the right way to ride from the ground up. It begins with a classroom session, which teaches you the basics of motorcycle operation and safety. There's a test at the end, and if you were paying attention in class you should do just fine.

The meat and potatoes of the course takes place on a real live motorcycle, provided by the school. (They will also provide a helmet if you don't already have one, but you can use your own helmet if you have one, and it will certainly fit you better than theirs.) Starting with turning on the bike and fundamental clutch control, the exercises build on top of one another for two full days of riding at low speeds in a controlled environment. By the time you're done, they will test you through a number of exercises that you will practice in class, from a tight figure-8 to negotiating corners to emergency maneuvers.

Do well enough on both tests, and you pass. In some states, this automatically earns your license endorsement. (That's how I did it.) Check with your particular state to see exactly how to sign up for the course where you live. In some states, private companies run the course, while other states run it themselves. Some states still allow the traditional riding test at the DMV with no training, but even if you grew up tearing up trails off-road, you will get a great deal out of the MSF course. It's a good idea for anyone new to riding a motorcycle on the street.

How Much Is It Going To Cost?

It depends on where you live. My current home state of New Hampshire offers it for $155 for residents, $205 for non-residents, and the state itself runs the course. I got my license when I lived in Massachusetts, which uses privately run schools. The one I used, now known as Mass Motorcycle School in Ayer, charges $385 for the Basic RiderCourse. A few miles down the road in Fitchburg, Angel Moto School charges $325. As you can see there is quite a bit of variation, so check the DMV website for the state you live in for details on who runs the course and how much it will cost where you live. You may or may not be able to transfer credit for a course taken in one state to another, so if you're considering it (as I would be if I still lived in Massachusetts), check that as well.

What Bike Should I Buy?

This is one of the hottest topics among new riders. Some suggest a small bike, 250cc or so, and later upgrading to something bigger. Others suggest you start on a midsize bike, 500 to 650cc since you may outgrow the 250 in a single riding season. There are strong arguments for both. My first bike was a 1982 Suzuki GS650L that sat in a friend's backyard for three years before he gave it to me, which made the decision for me. Your height and size are additional factors. If you are of smaller stature you may want to consider a smaller bike regardless of engine displacement.

What about specific recommendations? We have many. Here's a list of our favorites. It covers all types of bikes, from cruisers to dual-sports to sportbikes, so you'll probably find something you like here.

Do you buy a new bike or used? There are advantages and disadvantages to each. Buying a new bike will be the most expensive way to do it, but there are certain advantages. Everything works because it's new. If not, it has a warranty to make it right. You don't have to worry about a previous owner dropping it, neglecting maintenance, or repairing it poorly. If you want to customize it, it's an empty canvas on which you can paint a bike that's truly your own. (Harley Sportsters are great for this.) On the downside, you're going to pay a premium for the privilege. Also, when you inevitably drop your bike, it'll be the first scratches or dents the bike has ever had, which can hurt.

Used bikes, on the other hand, often already have a little "personality." If you buy the bike someone else started on, it may already have some of these blemishes, but then you won't cry if you add a few scratches to the ones already there. You will also get a used bike at a significantly lower price than a new bike. Most dealers sell used bikes, but private sales are an option as well. Let the buyer beware, though. You can score a sweet deal on a used bike that's worth much more than you paid for it. Or you can pay too much for a complete basketcase that's going to need lots of work to repair and cost much more in the end. Here are some tips to help you score the sweet deal instead of the basketcase.

What Do I Need To Buy To Ride It?

Let's assume that registration and insurance are a given. Let's also assume a helmet. I don't care if you live in a state where it's not required. You're going to need a helmet, as well as proper riding gear head to toe. As a new rider, you are the most likely type of rider to drop your bike. That's not stupidity on your part, just inexperience. The only way to get experience is to ride, so prepare yourself. I've been riding on the street for years, but when I started riding dirt last year I knew I was a complete newbie to slippery stuff, so I geared up appropriately. I'll never be Ricky Carmichael, but I still bought a pair of full-on motocross boots for maximum protection in the dirt. They've saved me from at least one broken ankle. My helmet saved me from rearranging my face on a rock. My pants, jacket, and gloves have saved me from countless abrasions during low-speed drops.

If you ride safely like you were taught, you shouldn't be pushing limits and dropping your bike on the street the way I do off-road, so don't let my dirt (in)experience scare you off. Since I had proper gear, though, I walked away from all of those incidents. OK, so I limped away that time I didn't break my ankle.

That's all you really need to ride. As far as wants are concerned, the sky is the limit. I like to use a navigation device of some kind, whether it's my phone on a handlebar mount or a dedicated motorcycle GPS. I like to see and be seen, so I often add lighting to my bikes. I like to take stuff with me and not wear a backpack, so I use at least a little bit of luggage. What you want or need depends on what type of riding you like to do, which will most likely become more clear once you put some miles behind you.

That's all you need to get started, though. So find an MSF course, get a bike, get some gear, and start riding.