Is the Victory Empulse TT Just a 2016 Brammo? 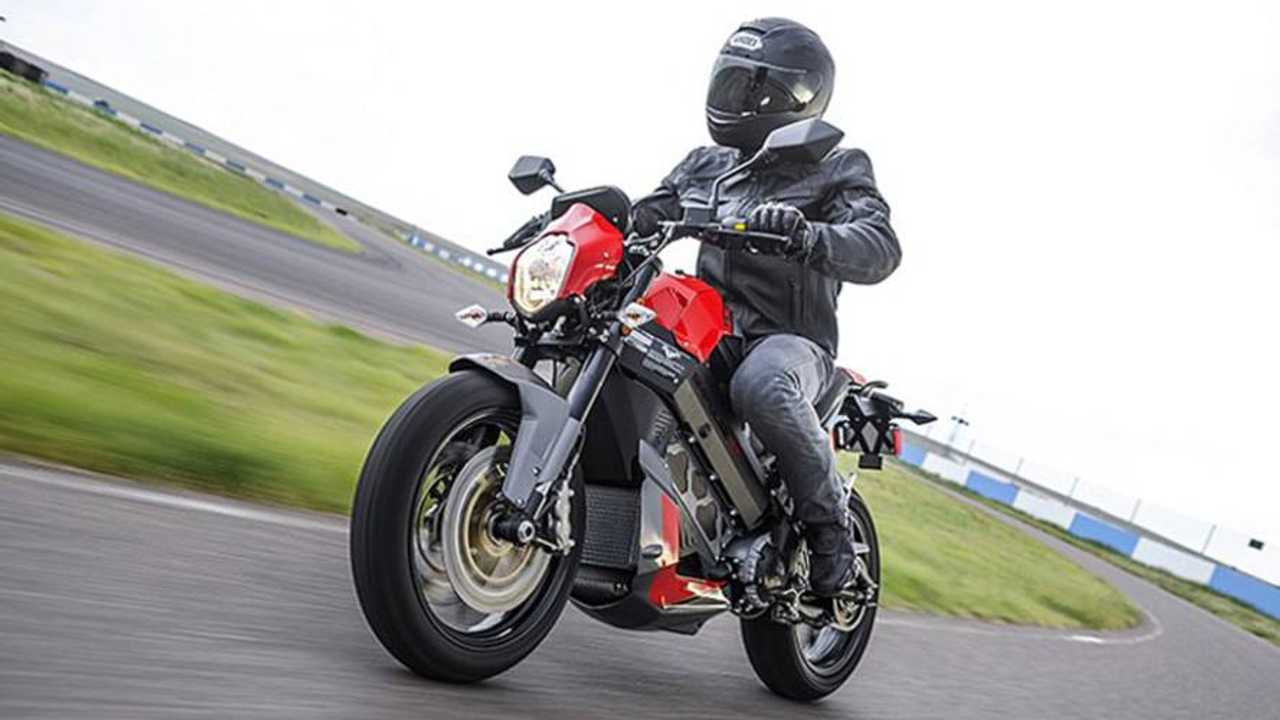 Is it possible the Victory Empulse TT is the 2016 Brammo we've been waiting for?

Prior to the acquisition of all of Brammo’s motorcycle assets by Polaris’s Victory motorcycle (http://www.victorymotorcycles.com/en-us ) operation in January, 2015, Brammo had already launched its Empulse e-bike. In fact, the basis for the latest generation of Brammo Empulse RR and TTX bikes goes back to early 2012. In October 2012, Eric Bostrom rode a Brammo Empulse RR to a best speed of 170.1 mph at Daytona’s TTXGP event.  Brammo’s Empulse won the 2011 Popular Science “Best of What’s New,”  2011 Motorcycle.com's “Best of 2011” and a 2010 Silver Edison Award.

Brammo’s motorcycles had already made their mark in competition, having won numerous racing championships including the 2013 FIM eRR North American World Cup and 2012 TTXGP World Championship.

Clearly, Brammo has been on a relatively fast track of vehicle development along with power train partner Parker Hannefin for some time, so the question that comes to mind is whether vehicle development will accelerate, decelerate or change direction post-Polaris acquisition.

Early indicators seem to say the Brammo-Victory meld will likely result in major investment in manufacturing infrastructure as demand grows.  Under the acquisition agreement, Polaris will utilize the assets acquired from Brammo to manufacture electric motorcycles starting in the second half of 2015 at it's Spirit Lake, IA assembly facility.

There will also be an intense focus on bringing a high-performance e-bike to the street bearing the Victory name. Victory has made it known that it's being reformulated as the Polaris high-performance motorcycle line, which will include the e-bike products.

Minnesota-based Polaris Industries introduced Victory-brand motorcycles in 1998 and acquired the Indian brand name in 2011. With Indian squared up to compete in the heavy cruiser/touring V-twin market offering six models, including the Scout, there is a question of the need for competition within it's product lines for that market with Victory offering its variation on the same theme.

Meanwhile, Polaris had nothing in the high-performance sport/sport touring segment, so rebranding Victory for that market makes some business sense.

With the acquisition of Brammo motorcycle assets, Victory gets to leverage the enormous amount of technological development Brammo had already completed. That moves Polaris and Victory from zero to nearly the head of the class in terms of product maturity and lineage in the e-bike business, in one giant step. Take that proven platform and connect it to the huge Polaris dealer network, both domestic and international, which generated $4.48 billion in sales (up 19 percent from $3.8 billion in 2013), and it promises to keep the Spirit Lake plant very busy.

All that is good news from the business perspective—marketing and distribution are covered—but what about the product itself?  Will that same enormous corporate infrastructure that can move mountains of capital around, be nimble enough to avoid being a potential drag on the technological advancement of the product itself?

After all, even in the best of circumstances, e-bikes, as a share of the total motorcycle market, will remain relatively small, even if range and access to charging outlets increases and purchase price decreases. In the case of the recently released Victory Empulse TT, the sliver of the market being targeted is even narrower than the EV market overall. Victory is out to be the brand that defines the upper limits of high performance in the e-bike business.

The size of product development investment may disproportionate to the return on investment for some time, which could lead to incremental product development, rather than breakthrough development. On the other hand, Polaris apparently intends to continue its long-standing teamwork with Brammo, which goes back to 2011and Parker (motor development), which will spread the cost and cut the time for advancement. In addition, Polaris has its own electric/hybrid operations under the GEM brand, so it's no new-comer to the technology.

If early actions are any indicator, Polaris is dead-serious about moving Victory into a dominant position in the e-bike performance market. Victory committed some major resources in its first outing to the Isle of Man TT Zero this year and came away with a podium finish, despite some setbacks. (Read our coverage of the Victory Isle of Man TT Zero outcome here.)

Victory also put on an amazing display of determination with its Project 156 Pike’s Peak International Hill Climb prototype bike. Despite a devastating crash in practice that would have ended the effort for most race teams, the Victory/Roland Sands Design joint effort had the bike rebuilt and ready for the event. As it turned out, another crash during the event and mechanical problems resulted in a DNF, but the bike’s prototype engine and RSD custom chassis delivered stunning numbers for one-off prototype. (Read our coverage of Project 156 Pike’s Peak outcome here.)

The 2016 Victory version of the Empulse does sport some improvements over the previous Brammo version, none of which add up to major changes. This isn't to say they aren’t important: For example, reduced unsprung weight may enhance handling, which is an important factor for the performance-oriented rider. Increased capacity in the high-capacity 10.4kWh lithium-ion battery makes the bike capable of speeds in the 100 mph range, another performance feature important to the target market.

Unlike some of the competition, the Victory Empulse has a six-speed gearbox, which both enhances the sportbike feel as well as allows maximum efficiency in the use of the bike’s available power.

As to range capability, Victory claims, “In typical riding, the Empulse TT battery provides a rider with a range of about 65 miles, and a range of 100 miles is possible with throttle management and use of the bike’s regenerative charging. In preliminary testing, the bike demonstrated a Motorcycle Industry Council (MIC) city range of 94 miles. The bike delivered an MIC ‘combined 70 mph highway and city range of 57 miles.”

Other changes from the Brammo predecessor include tweaks of bodywork and dash components drawn from the Isle of Man examples. (For complete specs and a gallery of images, see our coverage here.)

So, the answer to the overall question, “Is the Victory Empulse TT Just a 2016 Brammo?” is, of course it is—with some improvements. There would be little sense in reinventing the wheel when a proven platform just purchased at considerable cost already exists.

The more important questions that remain to be answered might be: How quickly can the range of the Empulse TT be improved while also increasing overall performance? After all, the novelty of a motorcycle with a top speed of about 100 mph, a range of 65 to 100 miles and a $20k price tag will soon wear off.

A companion question for Victory, not necessarily tied to the Empulse question is the future of the big V-twin cruiser/touring product line.  In the long-term, will it make sense to continue to offer both the Victory and Indian brand V-twins, or will the Victory V-twins move toward something based on the Pike’s Peak prototype mill and chassis with more of a Buell-style feel leaving Indian to carry the flag in the cruiser/touring market?

As to whether or not Polaris top brass are willing to take a chance on something totally different in the product mix, the answer seems clear in the company’s six-year development of the unconventional Slingshot (see more about the Slingshot here).

Time will tell, but there are bound to be some interesting products emerging from Polaris in the next few years.  Stay tuned to RideApart for more, as things develop.