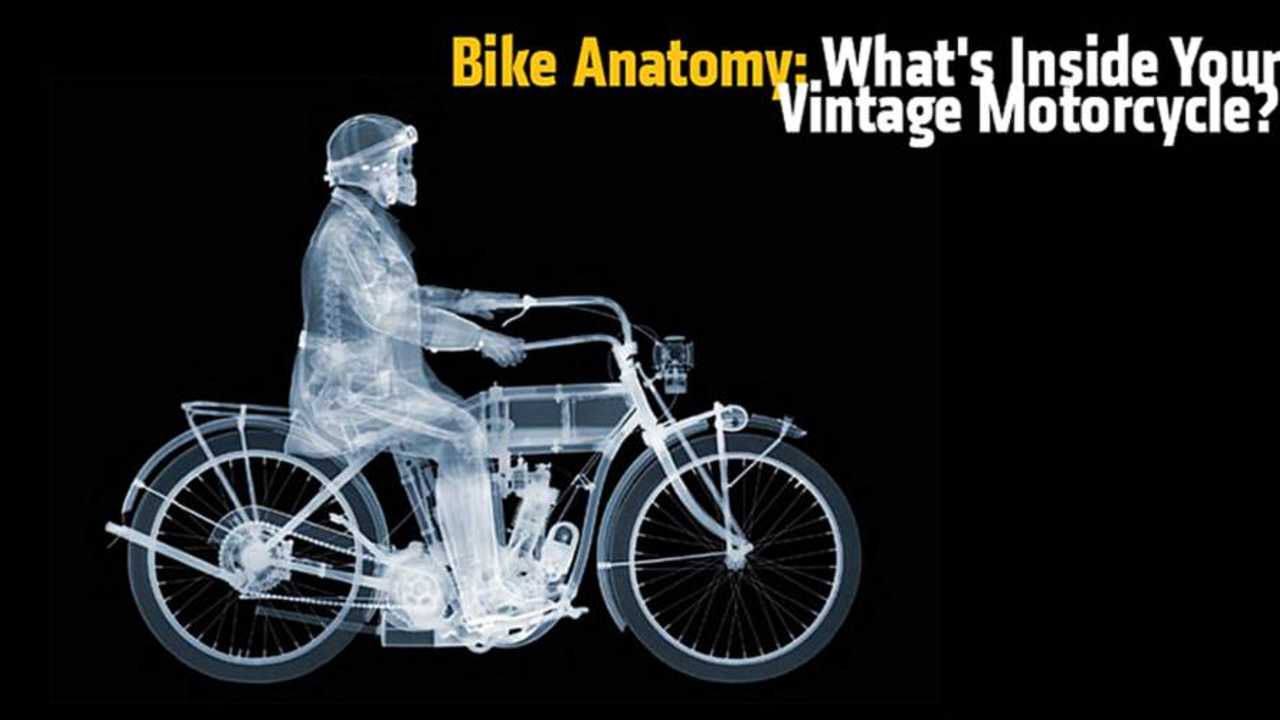 Bike Anatomy: What's Inside Your Vintage Motorcycle?I'll be the first to admit that I don't have a great love for what people normally define as art....

I'll be the first to admit that I don't have a great love for what people normally define as art.  My interests lie more on the mechanical end of the spectrum and I just can't get overly excited about paintings, sculptures and the like (even when they involve motorcycles).  So I was somewhat surprised by how much I enjoyed looking at the latest project from UK artist Nick Veasey.  Unlike a traditional photographer, Nick captures images of the inside of his subjects, using an X-ray machine in place of the ubiquitous digital camera.  This approach gives the viewer a whole new insight on the everyday world as Nick has captured images of everything from airplanes to underwear.  Now he's pointed his X-ray machine at a collection of vintage motorcycles and the results are something that any gear head will appreciate.

After seeing Nick's work, I immediately had this image of someone pushing a motorcycle through a doctor's office and into the x-ray room, which was quickly followed by the notion that maybe I could talk my doctor into taking some x-rays of my own bike.  Unfortunately, it just not that easy.  To start, Nick had to build a custom studio,one that even the most hardcore doomsday prepper would be proud to call home, complete with 30" thick walls and is only accessible through a 2,700 lbs lead door.    These safety precautions are necessary because the equipment itself is much more powerful than what you would find at your local doctor's office (up to 60 times more powerful) with Nick employing industrial strength machines like the ones the US Border Patrol use to scan vehicles for contraband.

To someone unfamiliar with x-rays, it would seem that once you have a lead lined warehouse and a $500K x-ray machine you could just start rolling motorcycles in front of it and blasting them with radiation.  Again the process is not so straightforward as x-ray film size is a major limiting factor.  Keep in mind that x-rays produce images that are the actual size of the object, so to x-ray an entire motorcycle you would need a piece of x-ray film slightly bigger than the motorcycle itself.  Standard x-ray film sizes are closer to what you would use in a desktop printer than they are to a sheet of plywood, so simply buying a large enough piece of film is not possible.  To get around this issue, Nick takes 35 - 50 x-rays of each motorcycle and then digitally stitches them together to make a complete image.  Although time consuming and costly, the process can be scaled and Nick has tackled some massive projects including a city bus and a Boeing 777.

You'll also note that a rider used in some of the images.  Don't worry, Nick didn't drag some poor sap off the street and forced him to endure hours of radiation, instead he uses a skeleton contained in a pressurized rubber suit.  The clothing is x-rayed separately and then added to the image digitally during post processing.

The final results are a compelling blend of art and mechanical design, allowing you to see the inner workings of these motorcycles and get a better understanding of the design principles that these machines are based upon.  I can't help but wish that this process wasn't so time and cost prohibitive as these types of scans could benefit every mechanic and motor builder in the industry.  As I prepare to crank up my 1933 Harley for the first time, I can only hope that everything was put together correctly by the shop that did my motor.  Just imagine the benefit of being able to see that everything in your engine was perfect before the first time you roll on the starter.  Nick does have a mobile truck based unit in the works, so maybe one day you'll see x-ray trucks lined up next to portable dyno's at Bike Week.