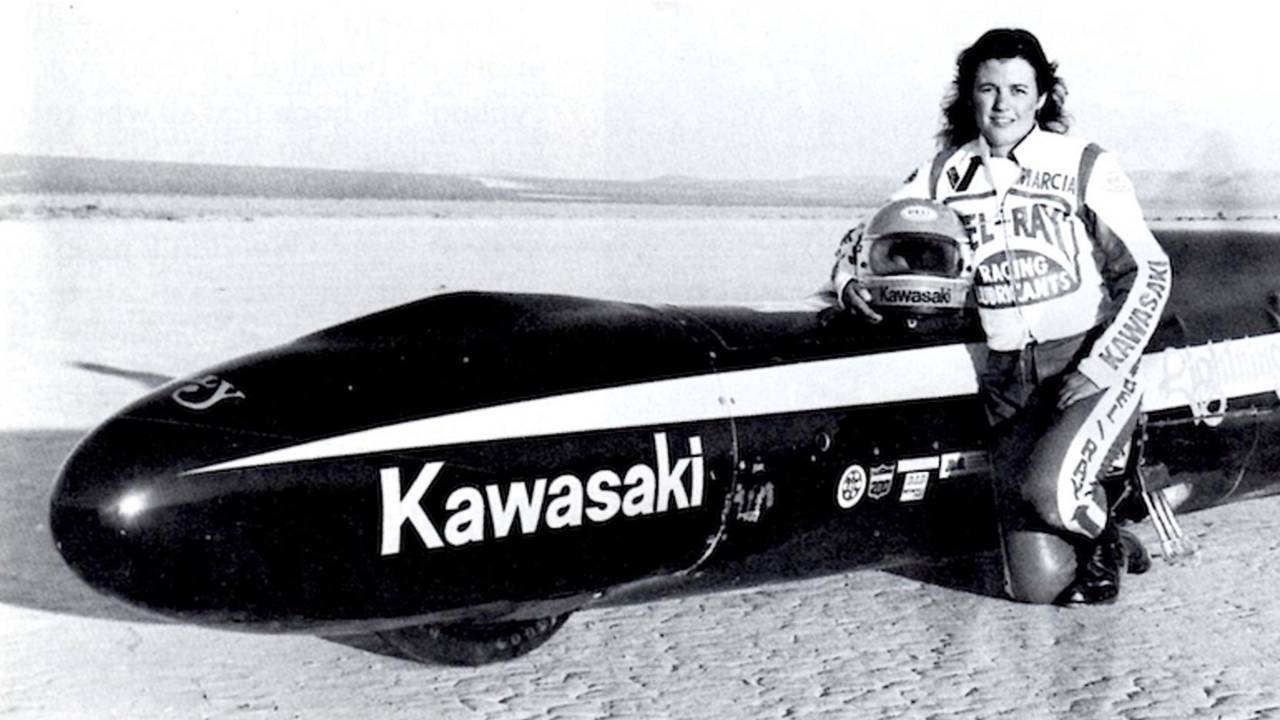 Kawasaki Remembers the ‘Lightning Bolt’Kawasaki is this year celebrating 50 years since arriving in the U.S. market and as such has been sharing a...

Kawasaki is this year celebrating 50 years since arriving in the U.S. market and as such has been sharing a few stories from over the years –– such as the time it set an incredible record on the Bonneville Salt Flats.

For more than 100 years, the Bonneville Salt Flats in Utah have attracted riders and drivers in search of world land speed records in a variety of classes. Until the 1970s most motorcycle records had been set by American, British and European powered machines, but then Don Vesco arrived from El Cajon, California.

Over a space of several years, the self-taught engineer and racer raised the record again and again with Japanese power, finally achieving 318.598 mph on a twin Kawasaki KZ1000-powered streamliner named Lightning Bolt.

Measuring 21 feet long and weighing 1,100 pounds with Vesco aboard, the turbocharged KZ1000 engines of this aerodynamically streamlined machine were enveloped in a steel chassis, which was outfitted with special high-speed Goodyear racing tires. Displacing 1,016 cc and producing 300 hp each, the engines were nearly stock except for their custom-made turbocharger systems.

The front and rear engines were connected by a toothed belt and drove Lightning Bolt through the rear engine’s gearbox. The liner was slowed by twin parachutes from near top speed to about 150 mph, after which a rear disc brake took over. In case of mishap, there was also a steel roll-cage built from 1.5-inch chrome-moly tubing.

On the afternoon of August 28, 1978, Vesco set out to make the back-to-back runs required to claim a new record. With the twin KZ1000 engines running 27 pounds of turbo boost, Vesco completed the first run at 318.330 mph, after which he and his team turned Lightning Bolt around, refueled and repacked the parachutes for the necessary return run. With the winds still favorably calm, Vesco and Lightning Bolt sped across four miles of salt before clicking into top gear and hustling through the measured mile at 318.952 mph to claim the new FIM world record.

Always hungry for more speed, in September Vesco made an official one-way run at 333.117 mph. But there were still more surprises in store. He disconnected the front KZ1000 engine and put stuntwoman Marcia Holley into Lightning Bolt, where she broke the record for a single-engine, two-wheel vehicle, averaging 229.361 mph over two runs to become the “fastest woman on two wheels.”

The machine disappeared for many years after but these days the Lightning Bolt is being restored by Don’s brother, Rick Vesco.