Vespa has a unique standing in the motorcycle world. Growing up in San Francisco, I remember passing luxury vintage auto showrooms where antique Ferraris and Porsches shared real estate with Vespa models, and seeing hordes of Vespa riders parading around together by the hundred was a regular occurrence on Sunday afternoons. People love their Vespas. So it didn’t come as a shocker when news broke that the Piaggio Group—the Italian parent company of Vespa, Gilera, Moto Guzzi, Aprilia, and a myriad of others over the years—opened a fancy new company museum in its native Italy. 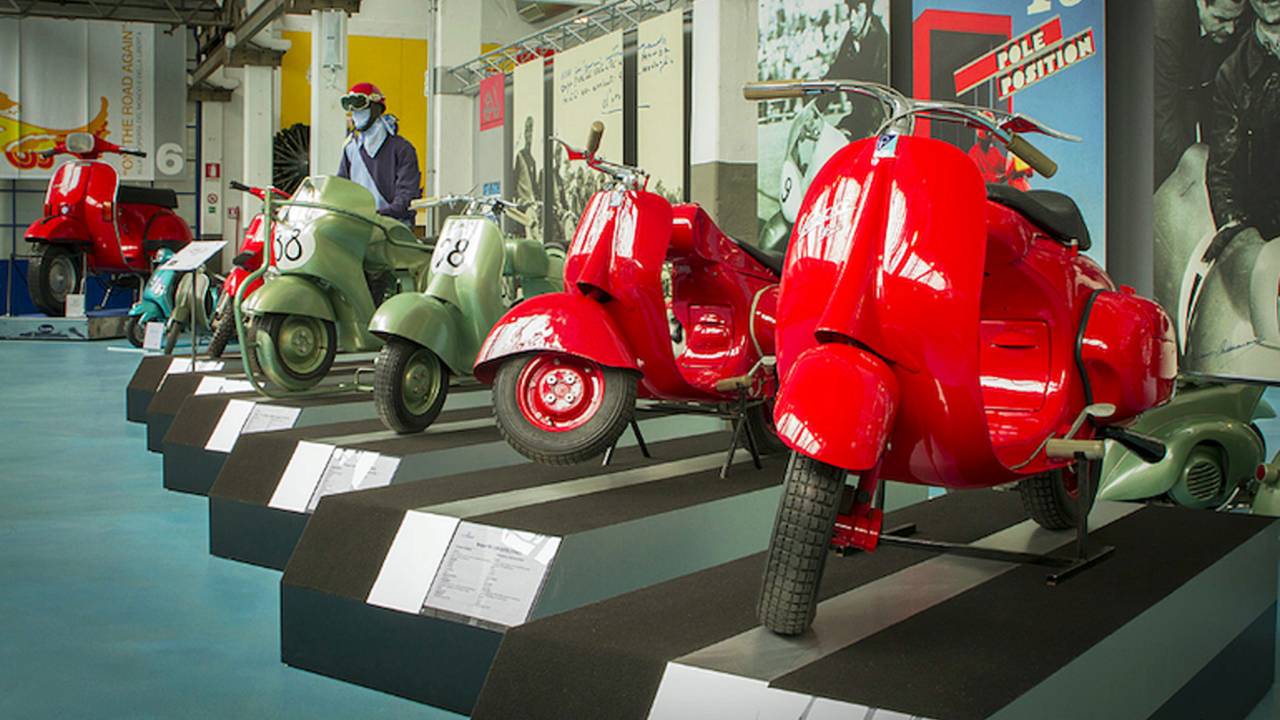 As one would expect, the new Piaggio museum boasts a lot of scooters

The new 5,400 square-foot facility houses over 250 exhibits, including every genre, class, and era of motorcycle Piaggio and its subsidiaries have produced over its more than century-long existence. The facility’s opening weekend reportedly drew some 10,000 scoot enthusiasts. 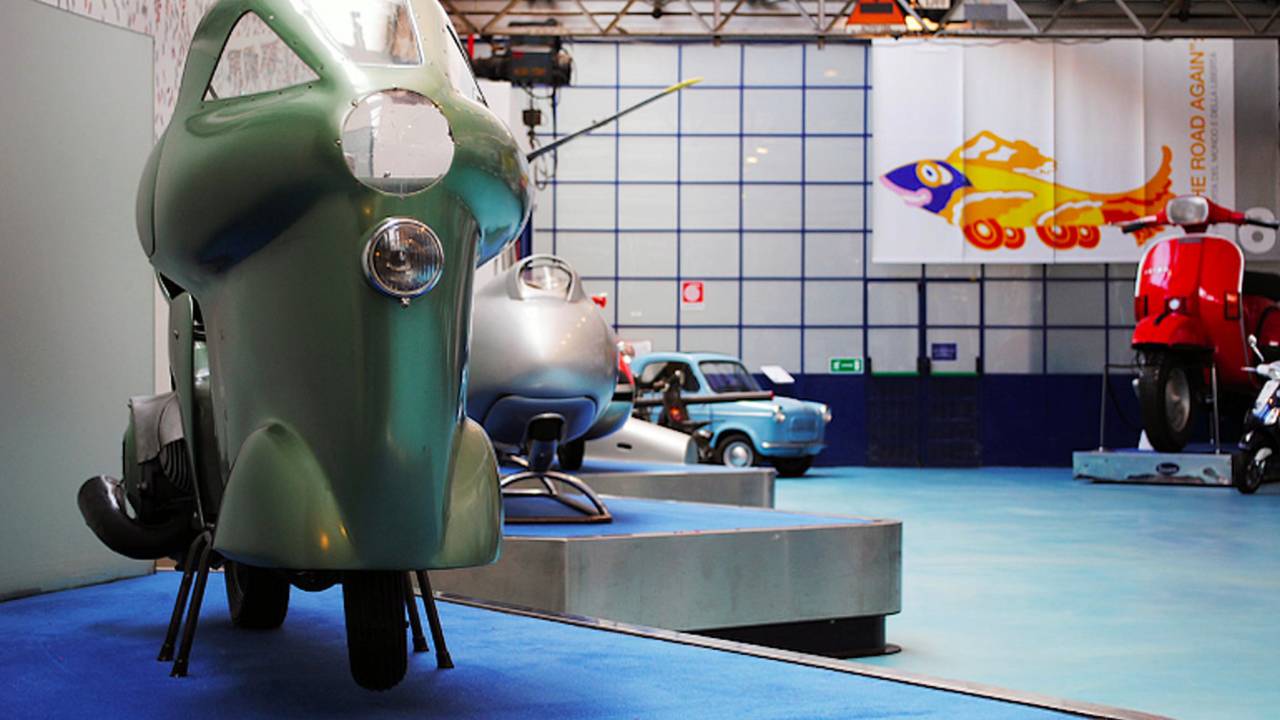 The new location includes different exhibitions that showcase the Piaggio Group’s rich history of road-racing, off-road competition, war-time effort machines, and a whole lot of scooters. Several new features were introduced in honor of the new facility's opening such as a new race bike display and an exhibit focusing on the company’s iconic Ape model, which celebrates its 70th birthday in 2018. The museum’s opening also happens to line up with 50th anniversary of the release of the Vespa Primavera. Other attractions include the museum’s Gilera Collection which includes a 1909 Gilera VT 317 motor-bicycle, Piaggio Collection which includes a 1943 Vespa MP5 Paperino scooter, “Artistic Collection” which includes a 1962 Vespa “Dali”, and the Vespa Racing Collection which has a 1947 Vespa 98 Corsa racer. 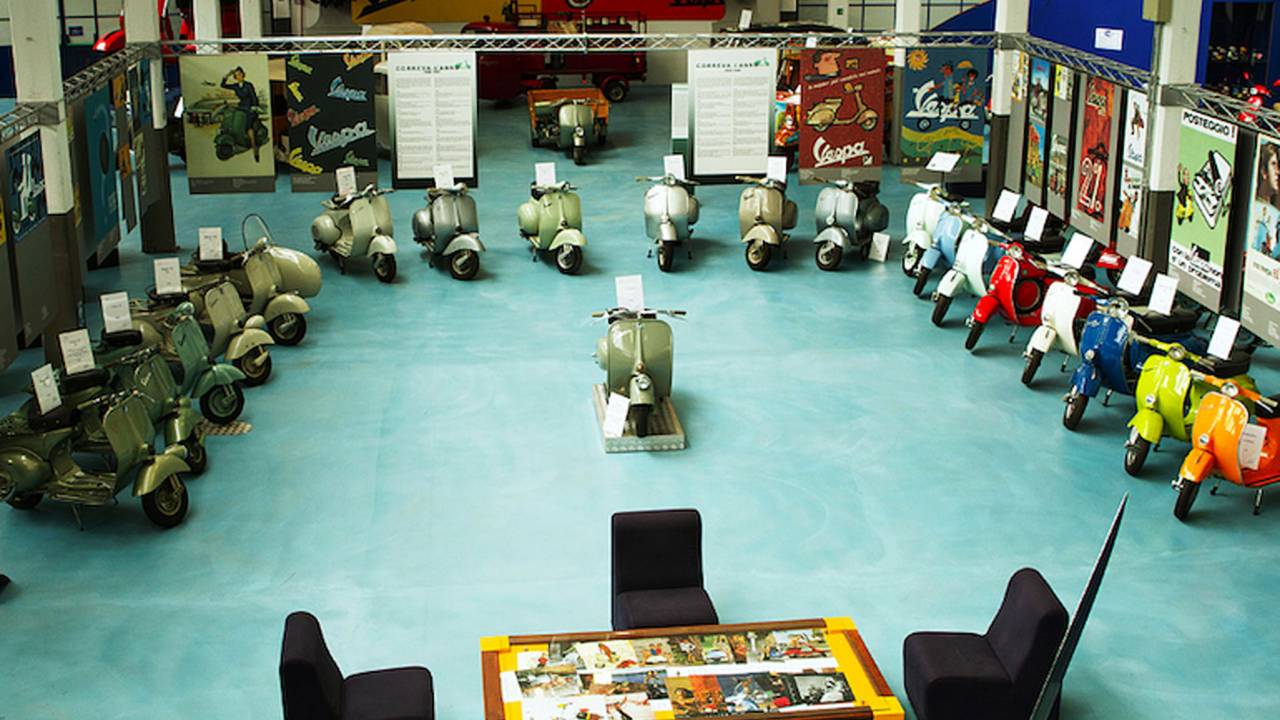 One of the many sections of the new Piaggio museum

In addition to the various two-wheeled pieces of history, the new facility also boasts a myriad of non-motorcycle related Piaggio offerings such as an MC2 54 train engine and a P.148 airplane, a 50s-era, two-seat aerobatic training plane. Guided tours are also offered, along with supervised tours of the historic factory itself. There are also what the Piaggio Group calls “educational activities” aimed at enhancing student field trips, and a children’s playground area. The museum is located in the Tuscan city of Pontedera, and admission is free, so if you’re in Tuscany, you don’t have much of a reason not to stop by and check out the decades of motorcycle history that have been crammed into the new museum.

Photos courtesy of the Piaggio Group