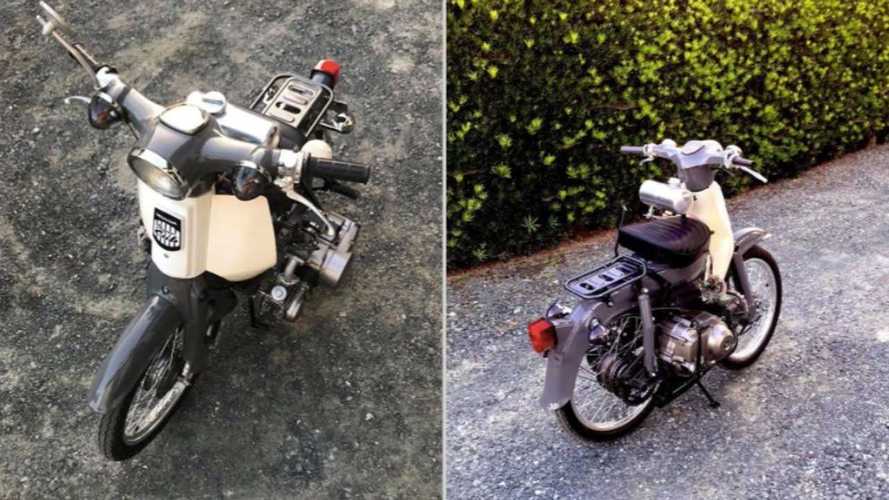 We're not sure why they did it, but it sure is cute.

The Honda Cub is undoubtedly one of the most iconic motorcycles in history. Having changed the motorcycle industry's image from being all tough and manly to that of a more friendly and approachable persona with their tagline: "You meet the nicest people on a Honda", the Japanese manufacturer ushered in a renaissance in the world of motorcycling. Ever since the Cub's introduction in the 1950s, the little bike has received massive success having sold more than 100 million units across the globe.

Naturally, with a motorcycle so popular and so inherently simple, it goes without saying that there are quite a few custom Honda Cubs out there which are bound to catch our attention. This particular custom Cub comes to us all the way from its home country, Japan. Oh boy, Japan—if there's one country that doesn't have any rules as to what can or can't be done to a vehicle, it's Japan. Having been the trendsetter in automotive fashion crazes for decades, anything goes when it comes to Japanese customs.

As such, this custom Super Cub is something that I have never quite seen before. As you can see, it has been shortened by quite a lot. The front wheel appears to be inches away from the rear wheel, and most interesting of all, the bike has two engines! What's even more impressive is how well put together this thing is. Based off either a C90 or C70 Super Cub, the frame was chopped and stuck back together with much of the middle part missing. As you can see, the head tube sits directly in front of where the swing arm would be situated. As such, this would leave no space for the engine to sit in between the two wheels. The builders solution? Fit two engines to keep things symmetrical.

If you look closely at the photos, you'd notice that the bike has a twin sprocket setup going on with the back wheel. However, a drive chain has yet to be installed. I'm guessing this bike is still an ongoing project. I'm excited to see how the builder executes the twin engine setup, and how the bike rides in general. I'm pretty sure it'll rip some massive wheelies without any effort at all.

Meet The Madboxer, A Subaru WRX-Engined Beast Of A Custom Bike