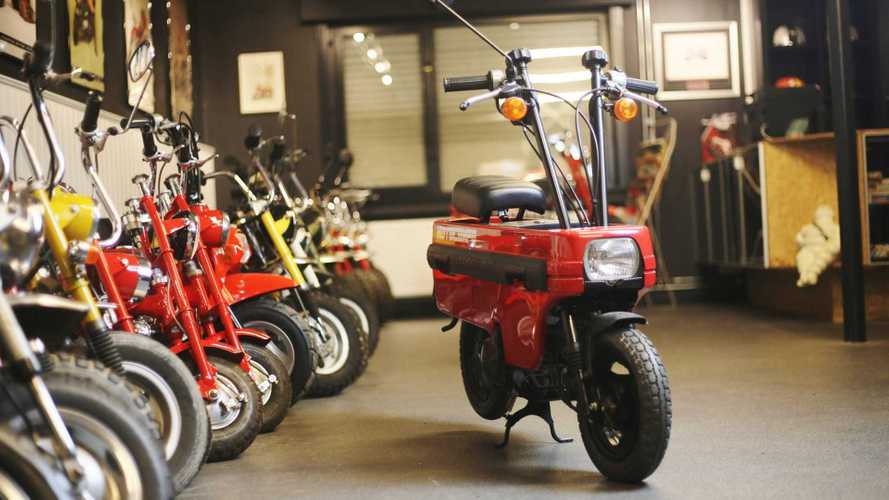 Honda has a knack for mini bikes. Think Cub, think Monkey. Whether they’re the original CS and Z bikes or their modern-day descendants, for over 50 years, Team Red’s tiny bikes are some of the most popular and recognizable motorcycles on the market. I mean, the fact that the Cub is the world’s best-selling motorcycle is the undeniable proof of that statement.

There’s another Honda mini bike that we don’t discuss nearly as much, but that proves that the manufacturer has mastered the art of the compact bike. Introduced in 1981, the Motocompo was the epitome of compact. The folding 50cc mini moto was designed specifically to fit in the trunk of the Honda City. Think about it: Honda was already thinking about urban mobility 40 years ago, before it became the trend we know today.

With mobility solutions now part of almost all manufacturers’ lingo and strategies, it sounds like the timing could be right for Honda to bring back its folding mini bike right? Well, folks, it looks like that could be in the cards.

The Honda Motocompo in its natural environment.

On July 23, 2020, Honda Motor Corp filed a trademark for the name “Motocompacto”. Rings a bell? It’s not exactly Motocompo, but it’s close enough. Plus, throwing “compact” into the name does give the marketing department more material to work with to appeal to customers, if you ask me.

Honda registered the trademark in the “land vehicles, namely, electric scooters” class which suggests an urban electric scooter could be in the works. Of course, it’s only a trademark and as it can often be the case, there’s a chance this one will remain a temporary place holder. That being said, a new door is now open—we’ll have to see whether Honda will step in.

After all, about a decade ago, Honda introduced the Moto Compo folding electric scooter concept with a swappable battery. The project never made it into production but with the e-scooter segment thriving now more than ever and Honda actively developing swappable battery technology, this could be its chance to hit the big time.

Electric or not, we’re ready to a Motocompo descendant added to Honda’s lineup of mini motos. What’s not to love about a bike that fits in a suitcase?

Holy Wow, Someone Has A Brand-New Motocompo For Sale
⠀