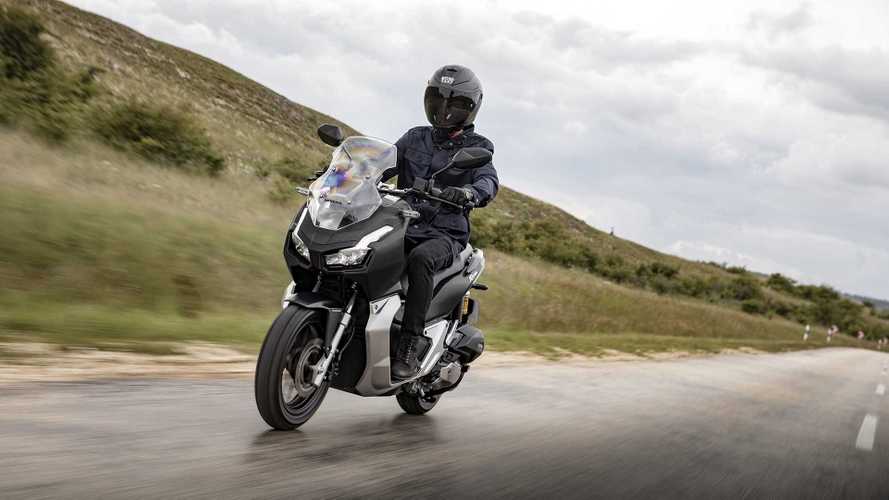 Straddle scooters are some of the most popular types of “motorcycles” in Europe. For a brief moment, in 2018, the Honda X-ADV even managed to surpass the popular BMW R 1200 GS in sales numbers on the Old Continent. In the Summer of 2019, Honda doubled-down in its ADV scooter segment with the addition of an urban-oriented 150cc model (without the X). Until recently, neither model was sold in the U.S.

Then in February 2020, a California Air Resources Board (CARB) filing was published with the ADV 150 added to the list of Honda models approved for the year. This led everyone to believe that Honda was bringing its smallest ADV stateside. True enough, on April 1, Honda unveiled all the details surrounding its newcomer. Here’s a look at everything we know about the 2021 Honda ADV150.

Don’t be fooled by its name, however. Unlike its big brother that actually has respectable off-roading chops, the 150 is not really equipped to do the same. Its mission is mainly to take you on urban and on-road adventures—despite the Africa Twin inspiration.

The ADV sits higher on its suspension which, along with the smaller front shield, gives the model a more motorcycle-y look than the PCX. It uses a 41mm Showa fork with 5.1 inches of travel at the front and Showa dual shocks with 4.7 inches of travel at the back (versus 3.94 and 3.33 inches respectively for the PCX). The 14-inch front wheel is armed with a 240mm disc with ABS while the 13-inch rear wheel receives a 130mm drum brake.

As previously mentioned, the ADV150 borrows the PCX’s powertrain, a 149cc, 80-degree, single-cylinder engine teamed with an automatic V-Matic belt drive transmission. Honda doesn’t list the model’s power figured but we know that abroad, it's rated at 14.3 horsepower and 10.2 lb-ft of torque. It also features an Idling Stop System that cuts the engine while the vehicle is on idle for longer than three seconds. The system is meant to improve the fuel economy and allow the bike to make better use of its 2.1 gallons of fuel.

The Honda “scootercycle” features a 7.1-gallon storage compartment under the seat that can easily accommodate a helmet as well as a smaller compartment behind the shield riders can store their phones in. You even get to keep your keep in your pocket—it uses a SMART key and push button start system which means you’ll never forget the key in the ignition again. There’s also a 12-Volt accessory adaptor for personal devices that need charging.