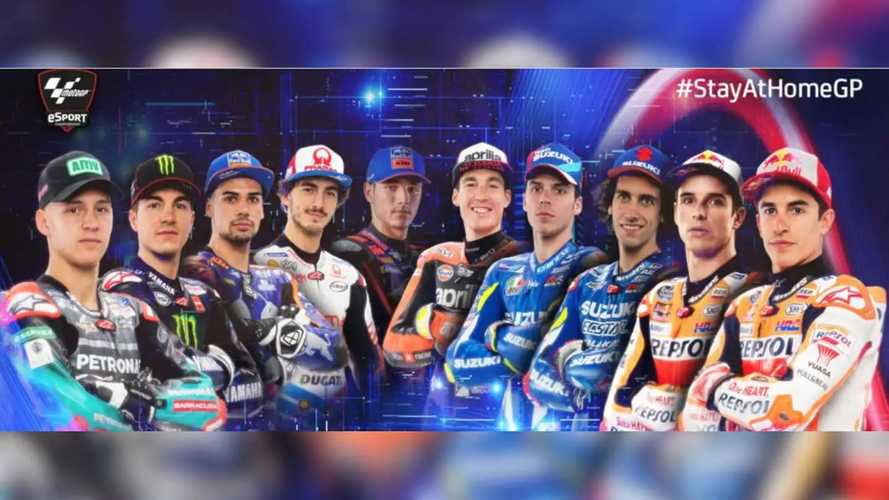 We know that esports aren’t the same as on-track MotoGP action. Still, as some other motorsport series like F1 have already demonstrated, it’s still great to see your favorites go head-to-head in a live event. That’s why MotoGP.com will host its first-ever Virtual Race on Sunday, March 29, 2020. Fittingly, they’re calling it the #StayAtHomeGP, and as long as you have a working internet connection, you should be able to watch it from wherever in the house you’re sitting.

The action starts on March 29, 2020 at 15:00 (GMT +2), which is 11:00 Eastern Daylight Time. You’ll be able to stream on MotoGP.com, esport.motogp.com, and across the MotoGP social media network. It will also be shown on some TV stations (presumably, whichever ones usually show MotoGP racing in your locality), so check your local listings for more details.

Make It A MotoGP Movie Night With These Free Documentaries
⠀

We don’t know for sure exactly who will participate, but MotoGP specifically mentions Maverick Viñales, Fabio Quartararo, Alex Rins, and Marc Márquez by name. Hopefully it’ll be more than just the four of them hanging out in their respective basements, drinking Mountain Dew, eating chips, and throwing controllers on the ground when someone ragequits. Incidentally, the game they'll be playing is the official MotoGP video game from developer Milestone.

The virtual race will take place at Autodromo del Mugello, and will last for six laps. To qualify, all participants will take part in a five-minute qualifying time attack to work out who ends up where on the grid. Both qualifying and the actual race will be shown via streaming and any TV stations that are airing this MotoGP event, so we should get to see it all.

It’s unclear whether any racers will also be wearing headsets during play, which could make the event extra entertaining. However, most racers now seem to have pretty solid media training, so it’s doubtful we’d suddenly find out that the MotoGP paddock has its very own Kimi Räikkönen-type DNGAF personality within the ranks. Still, you never know! As ever, I live in hope.