Royal Enfield Will Hit The Flat Track In 2020 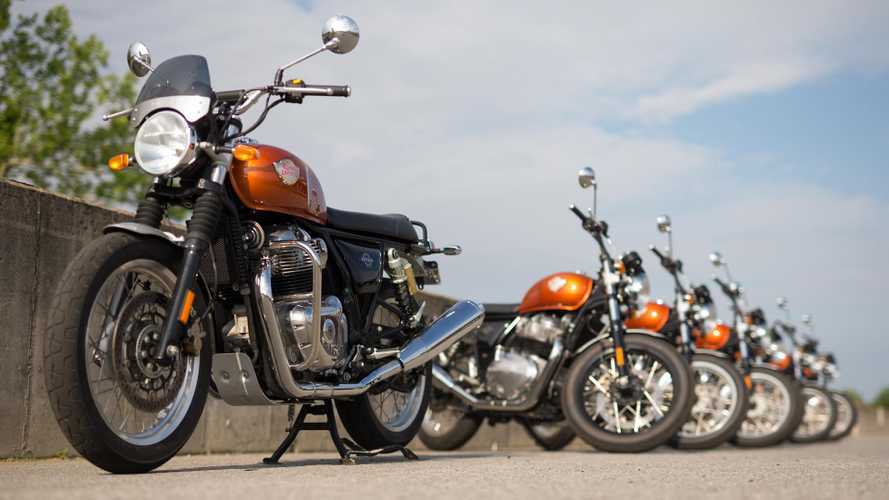 RE is teaming up with the AFT.

Most major bike manufacturers are involved in some form of motorsport. Think Honda and Ducati in MotoGP, for instance, or Harley-Davidson and Indian in flat-track racing. As the 2020 season of flat-track racing is about to begin, the series has announced a whole new partnership with an unsuspected manufacturer. Royal Enfield wants its share of the dirt track pie.

The New Season Is Coming Up:

Yamaha Goes All In On American Flat Track

Unlike Kawasaki, Indian, and Harley, Royal Enfield isn’t formally entering the competition. The partnership will instead allow the manufacturer to take advantage of the American Flat Track (AFT)’s events to give its lineup some exposure. Throughout the season, Royal Enfield bikes will be on display in the AFT's Fan Zone so that visitors can check them out in person.

They will design and build their own dirt racer then put them on the dirt oval on March 28 during the 2020 Yamaha Atlanta Short Track presented by Law Tigers, on May 9 during the So-Cal Half-Mile, and once more on June 13 during the Laconia Short Track event. The press release adds that people with “motorcycle endorsements” will even be allowed to take the custom bikes out for a spin. In doing so, Royal Enfield is hoping to give its products more exposure in North America and grow its presence on the market.

“This partnership represents a major step for Royal Enfield’s efforts in North America,” said Royal Enfield’s Marketing Lead for the Americas, Breeann Poland. “As we continue to grow our awareness, getting our motorcycles in front of enthusiasts is critical, and AFT has offered us a fantastic opportunity to do just that. Showcasing the Royal Enfield Twins FT as a track-prep motorcycle along with the access fans will get to our lineup has our organization here in the U.S. and India eager for the season to start.”

If you are planning to attend one of the AFT’s events this year, you’ll get a chance to get some seat time on a Royal Enfield and, who knows, maybe even fall in love.