Indian Appaloosa 2.0 Revealed And Ready For The Baikal Mile 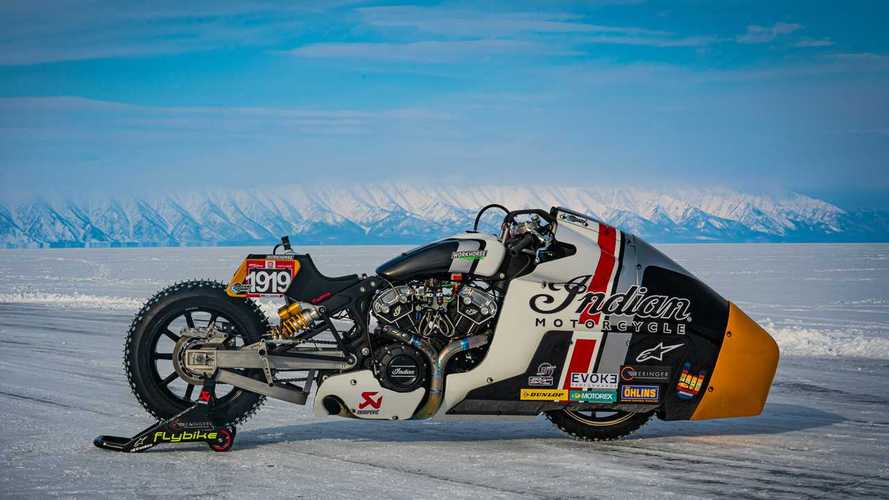 The Appaloosa rides again! This time, it’s nothing to do with either Ed Harris or Randy Mamola. Instead, creator Brice Hennebert is taking his iron horse out on the extremely cold, icy road, to compete in the 2020 Baikal Mile on beautiful, frozen Lake Baikal, Siberia.

It Was An Indian Scout Bobber Once, We Promise

From February 25 through March 1, 2020, both a unique eighth-mile and one-mile ice track on the eastern edge of Lake Baikal will play host to teams out to set new speed records on a variety of vehicles. To prepare, the team outfitted Dunlop SportSmart Mk3 tires with hundreds of studs by hand, which took around four days to complete just by itself.

Other considerations included reworking the fairing and intakes to suit the extremely cold conditions and enclosing the wheels in a bid to keep the ice chips thrown up by the tires contained and away from the rider. Incidentally, Sébastien Lorentz of Lucky Cat Garage—who also organized the Sultans of Sprint championship for which the Appaloosa was first built—will be the lucky rider piloting this machine through its first ice race.

“The feeling is crazy, it’s a bit like going racing on the moon. There’s absolutely no reference point, we go to a desert of ice in Siberia where it can be -40°C at night [and] -20°C during the day (-40F at night and -4F during the day). I’m super excited and a bit lost at the same time as we have no idea what to expect,” said Hennebert in a statement.

His excitement didn't abate after finally touching down for the race, either. “I can’t believe we are actually here. What an amazing place. I am so pleased to finally reveal the new Appaloosa after weeks of hard work to get here. I can’t wait to see Sebastien blast down the 1-mile strip," Hennebert said.

This will be the second year for the Baikal Mile, and we’re hoping there will be some amazing videos to enjoy while we’re busy not freezing our fingers off.