King Of The Baggers Puts Big Bikes On The Track 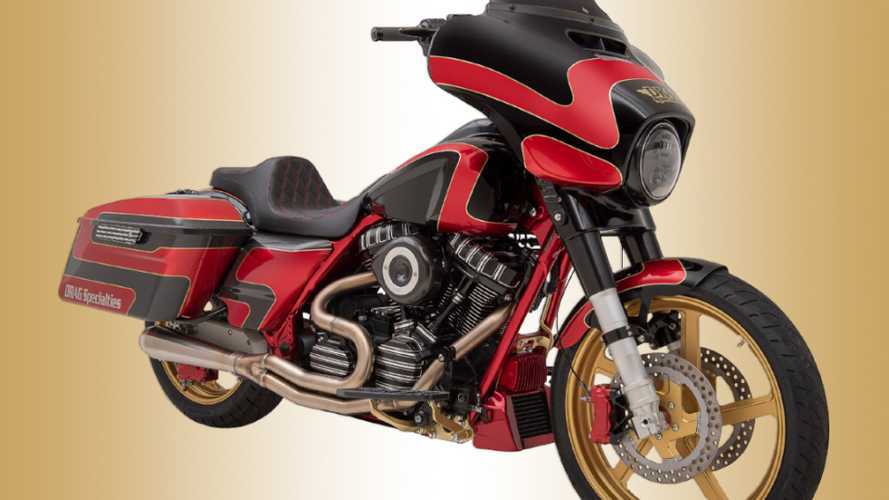 Large V-twins will get their chance to race at Laguna Seca in the MotoAmerica series.

When you look at a Harley-Davidson Street Glide or an Indian Springfield, racing is probably not even the last thing you think of. It's not on the list at all. Yet that's exactly what the MotoAmerica racing series plans to do at round six of its racing series.

Indian Roadmaster: Does it Beat A Harley Bagger? - Review

MotoAmerica has announced the addition of a unique race at its Laguna Seca event, King of the Baggers, to be held on July 11, 2020. Tuner Drag Specialties will be sponsoring the series, if you can call it a series since there's only one race scheduled so far. The actual list of models that will be accepted into the series should be finalized soon, but you can expect the likes of big American iron to be included, and possibly some foreign rivals as well.

Baggers are pretty much the exact opposite of what a good racing bike should be. They're big, heavy, don't turn especially quickly, and their powerband favors low-end torque rather than peak horsepower. I genuinely like baggers for their intended purpose on the street, but seeing them attack Laguna Seca's famous corkscrew should be interesting, to say the least.

Some may dismiss this idea out of hand, thinking it utterly ridiculous. Truthfully, yes, it is a bit ridiculous, but I think that's also much of the reason I like it. I've put an Indian Springfield through its paces in the best twisties South Dakota has to offer. The FTR 1200 is absolutely a better choice for peak performance. Yet for what it is, the Springfield pleasantly surprised me. You always feel its weight, particularly in low-speed corners, yet I genuinely enjoyed it and was impressed at how well it hustled despite its size and weight.

As for the track, I recall my first non-sportbike track day at Palmer Motorsport Park, riding my Honda PC800 behind a Harley Sportster. The rider seriously knew what he was doing, leaning off the bike in the turns and hustling that Sporty faster than I thought possible. The PC800 isn't exactly fast, but although I kept up with the Sportster just fine, I couldn't get past him.

I think of King of the Baggers as MotoAmerica's equivalent to the Touring Car Masters series of Australia's V8 Supercars. Instead of sleek modern race cars, they run old Mustangs, Camaros, Falcons, Monaros, and even the occasional Thunderbird. No, they're not nearly as fast as the V8 Supercars, but it's amazing how fast they are for the big, old, heavy race cars that they are. Personally, I look forward to seeing those big baggers attack Laguna Seca's corkscrew. Though I do wonder how much of their floorboards will be left at the end of the race, and how much will have scraped off in the turns.