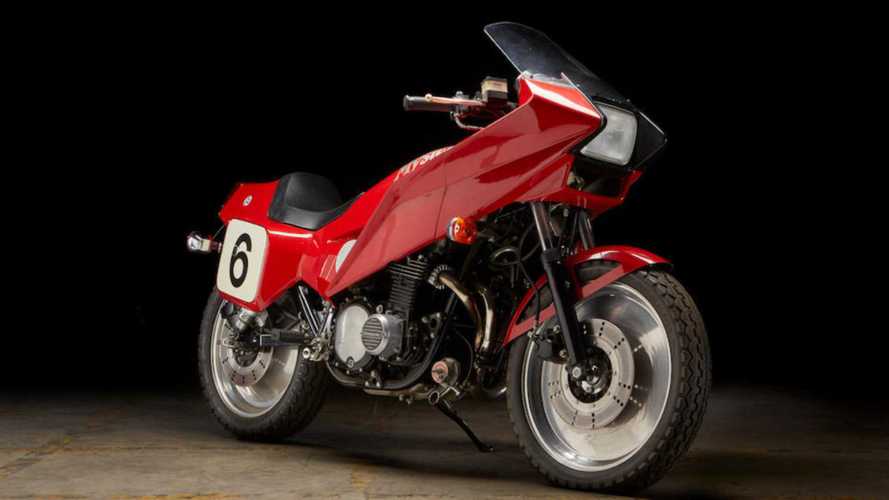 After the holiday season, what comes next if you’re a northern hemisphere motorcyclist? Winter maintenance is part of it, but rare motorcycle sightings also suddenly become surprisingly common. Friends, one of only ten Kawasaki Mystery Ships ever created, based on designs by Craig Vetter, is about to cross the auction block at Bonham’s. Let’s take a moment to appreciate this truly rare beast, in all its glory.

All ten Mystery Ships started life as 1980 Kawasaki KZ1000s. In our current era, after witnessing decades of sportbike evolution, it might not immediately be evident—but back when Craig Vetter designed the bodywork for the Mystery Ship, this type of build wasn’t commonplace.

Originally, 200 Mystery Ships were planned—but only 10 were built before a hang-gliding accident sent Vetter down the path of designing “really, really exotic wheelchairs,” as Vetter himself described in an interview with Rust. Vetter started designing his Mystery Ship around 1973, with an idea to build a dream touring bike.

Like most dreams, it evolved as things changed around Vetter. By 1975, Vetter’s business was importing Rickmans to the U.S. Eventually, Vetter wanted to build the Mystery Ship around a Rickman-framed KZ1000, as a race bike you could also ride on the street. Only two of the 10 ever built had turbochargers, and the one hitting the 2020 Las Vegas Motorcycle Auction is one of them. This one also features spun aluminum wheels, making it particularly rare.

Sadly, from a riding perspective, this bike only has two miles on the odometer. The official listing also notes that it has sat untouched for several years, so it’ll need a lot of TLC if you want to recommission it and actually take the thing out to ride it as it was meant to be ridden. It’s expected to fetch between US$ 25,000 and $35,000 when it goes up for auction on January 23, 2020.