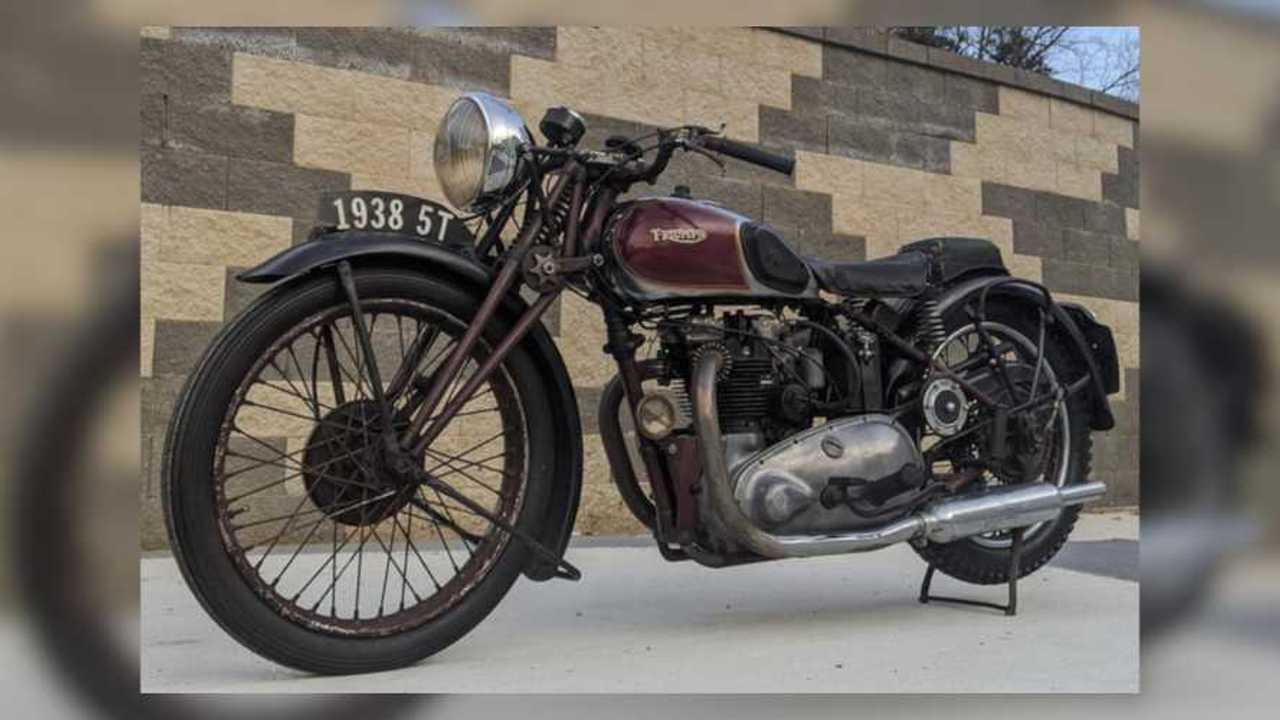 Get your bids ready.

As we established last year, in December 2019, you’d have to be NUTs to miss the 2020 edition of Bonhams annual Las Vegas Motorcycle Auction. Several more lots have been added to the catalog since we first told you about some of the more magnificent things on offer this year, so let’s take a look.

Get Your Bids In:

Although there are several examples of bikes from all over the geography and history of motorcycling, the majority of standout historical bikes are British and/or American. (More on the “and/or” in a minute.)

For example, take the very last 1983 Triumph T140SS Bonneville ever built at the Meriden factory. No, seriously, you can take it if you’re willing to place the winning bid on it. It’s currently listed in excellent showroom condition and has been owned continuously by its seller since 1998. It comes with some documentation attesting to its place in history, as well.

Speaking of rare Triumphs, EICMA 2019 saw the unveiling of two new Bud Ekins tribute bikes from Triumph. If you’re really into this legendary stuntman and his history with the brand, why wouldn’t you be interested in owning Ekins’ very own 1938 Triumph 500cc 5T Speed Twin? Dubbed a ‘time warp’ of a bike, here’s an intriguing excerpt from the catalog about its rarity and excellent patina.

“This particular 1938...is a first example as distinguished by a six-stud crankcase, a one-year only appearance, as the following year utilized an 8-stud design... Rarely seen and still in place on this exceptionally stock machine is the Triumph tire pump, Lucas horn, and lower chain guard. Another item of interest is the Bakelite composition steering damper, the material had only been in use for a few years by the 1930s.”

Then you have privateer racer rebuilds of pre-war racing machines, like a 1917 Henderson 60.40ci Model G Custom Board Track racer. The engine in this particular bike was gifted to Paul Ousey by Dale Walksler of the Wheels Through Time Museum because it was missing its transmission. When Ousey went to rebuild it for a Sons of Speed modern board track racing event, he mated a 3-speed Triumph transmission to it. It’s a one-of-a-kind example, and sure to set someone’s heart alight.

There’s also a rebuilt 1916 Excelsior 61ci Twin Board Track Racer available for auction, as well as a 1915 Harley-Davidson Twin Model F Board Track Racer also restored and raced in modern times at Sons of Speed. It comes with zero brakes, suspension, transmission, or clutch—just as the board track racing deities intended.

Also of note are plenty of Vincent parts lots, some memorabilia, and even a Vincent-HRD 998cc Rapide Series-B Rapide Project bike purporting to have been built by the father and son team of Jack and John Surtees, CBE. For fans of racing history, the late John Surtees was particularly unique in that he won World Championships on both two wheels and four, racing for MV Agusta and Ferrari.

All in all, even if bidding isn’t in your budget, all motorcycle history fans owe it to themselves to take some time to check out this year’s unique crop of bikes on offer on January 23, 2020.