Travis Pastrana Makes The Jump From Suzuki To KTM 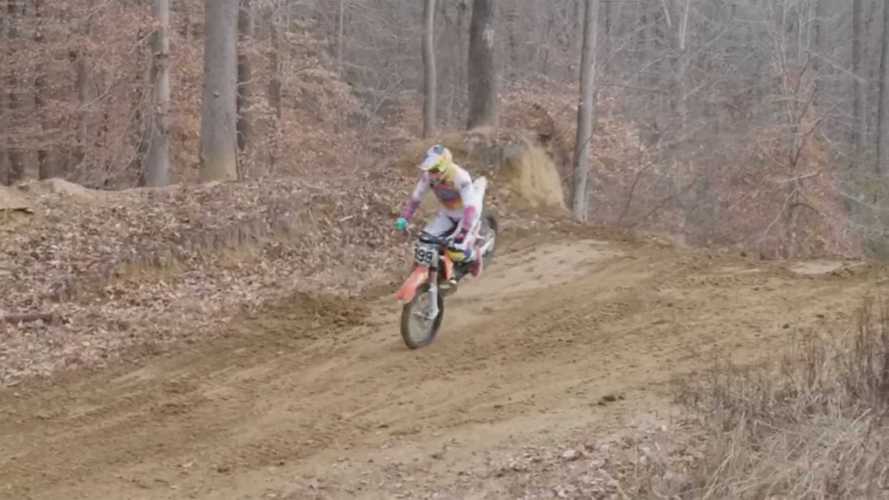 From yellow to orange.

Two-stroke engines bigger than 100ccs are an endangered species. A handful of manufacturers still offer the option—all in dirtbike form—including KTM and Husqvarna, alongside brother company GasGas and underdog Beta. Some out there are still dedicated to the aging technology, including daredevil and racer Travis Pastrana who recently announced he changed the color of his flag to keep riding on a two-stroke motorcycle.

All The Small Things:

We’ve seen him perform on several different vehicles in the past, from his Evel Knievel jumps on an Indian to a record-setting ascent of Mount Washington in a Subaru WRX STi. However, there’s one bike Pastrana has been consistent with: the old Suzuki RM 250.

After close to three decades on the trusty RMs, it was apparently time for an upgrade. Pastrana announced on his social media that he made the switch to new KTMs—seemingly250 SX looking at the video he shared. As he explained on Facebook, sourcing parts for the Suzukis which were discontinued 15 years ago was becoming a problem.

Plus, sticking with Suzuki would have meant swapping for four-stroke models, something he seemingly wasn’t ready to do. “It was time for me to either go 4-Stroke or switch colors,” he wrote. So switch color he did. The absence of any 250cc two-stroke contender in the Suzuki lineup pushed Pastrana in KTM’s arms.

Team Orange is holding on tight to its 150 to 300cc range of two-strokes which ultimately served it well since they now have one of the most important figures in motocross racing and stunting’s allegiance. Pastrana shared a video of himself whipping one of his new KTM on the trails and testing a few jumps. You know. To test the aerodynamics and stuff.

The keen-eyed folks at BikeBandit also noticed that Pastrana’s bike sports a new set of sponsor stickers, including Can-Am's on the front fender, which has seemingly replaced Polaris. The company off-road division’s account even commented on Pastrana’s Instagram video with a simple “Here we go!” I guess the only question left at this point is: when will Pastrana jump a Spyder?