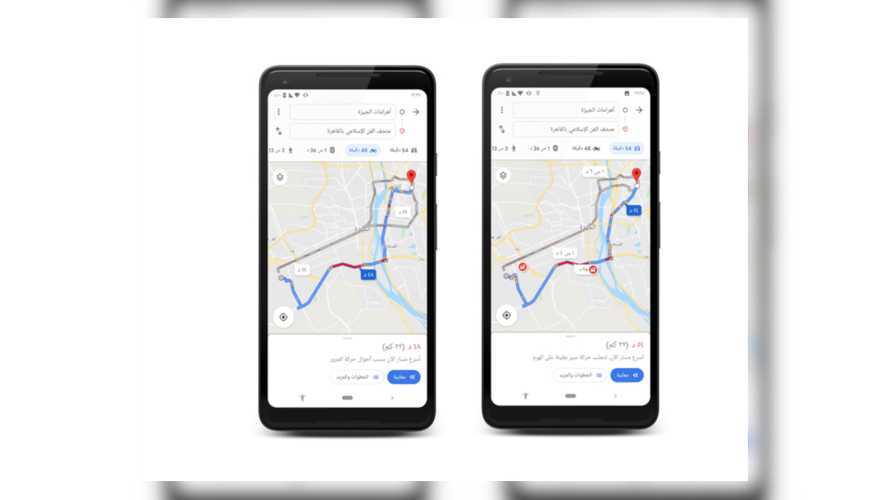 Almost a year and a half ago, in July 2018, we told you about Google Maps rolling out its Motorcycle Mode across Southeast Asia. Although many motorcyclists use audio navigation via Maps, Waze, or another app to get where we’re going on our bikes, the point of a dedicated Motorcycle Mode is to avoid congestion in ways motorcyclists prefer. That’s great, we thought—but when will the rest of the world get access?

Get Where You're Going:

At a Google For Middle East And North Africa regional event in early December 2019, the tech giant rolled out Motorcycle Mode for Egypt. That’s because, according to Google, there are over four million motorbikes in that country alone. Traffic around very busy cities, such as Cairo, can be intense—and motorcyclists in those areas can definitely use all the technological advances they can get.

Shortcuts and local roads can help guide motorcyclists in the area to their destinations, and then recalculate expected arrival times accordingly. Additionally, there’s a new off-route alert feature for Maps in the region, which automatically sends alerts if you deviate from your established route by more than 500 meters (or 0.31 miles).

Targeted at Maps user safety when using rideshare services like Uber and Lyft, this can also be useful to motorcyclists. You, the user, determine to whom those alerts get sent—so if you end up drastically rerouted because of a massive accident, or construction, your settings can automatically alert anyone you’re meeting to let them know that you’ve been delayed. No muss, no fuss, just a handy communication tool to have in your pocket, or tank bag, or wherever.

Considering the mixed response from motorcyclists to Waze’s implementation of its own motorcycle mode in 2017, Google taking the time to tailor its approach seems like a smart move.