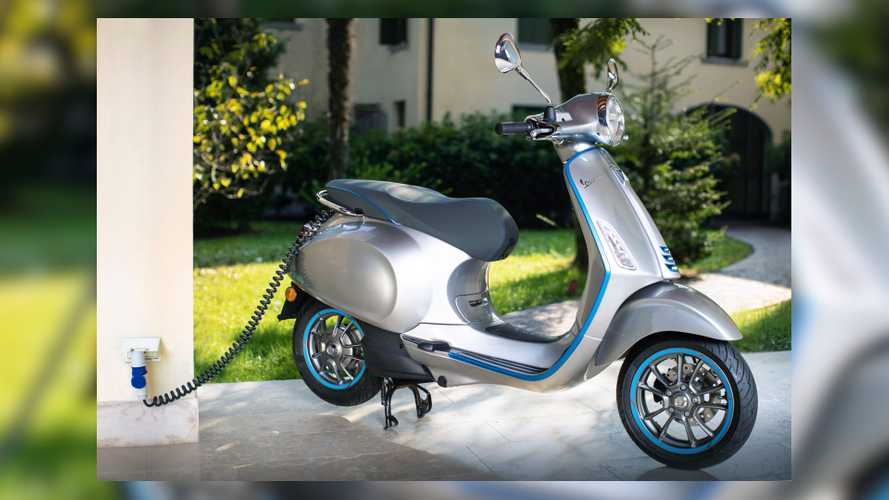 The Vespa Elettrica 70km/h is all about efficiency.

How do you get more silent than being silent in the first place? We’re not sure, but we do know that the new Vespa Elettrica is apparently more powerful than the previous one—even if we’re uncertain about their claims of amplified silence.  The original Vespa Elettrica has been available in the US for under a year—but Piaggio is already making one improvement that will be much appreciated.

When the Vespa Elettrica first hit US shores, it topped out at a speed of 30mph. This was done to help keep its range in line with the 100 km mark (or 62 miles) that Vespa had targeted. That’s also if you weren’t running it in Eco mode, which apparently restricted it to a top speed of 18mph according to Common Tread.

Enter Vespa’s EICMA 2019 announcement: The new, improved Vespa Elettrica is now capable of speeds up to 70km/h (or just over 43mph). Furthermore, Vespa claims that this dizzying new top speed is possible purely because it optimized the equipment that was already there. Most importantly, it claims that the range is “almost identical.”

As before, Vespa says that it guarantees a maximum range of 100km (62 miles), and uses both its lithium ion battery and its Kinetic Energy Recovery System (KERS, an acronym you’ve been hearing for years if you’re also a Formula One fan).

The Vespa Elettrica 70km/h isn’t intended to replace the previous version entirely. Instead, it’s an option you can choose if you decide to purchase a new Elettrica from your local dealer. On 70km/h Elettricas, the front shock absorber spring is red, as are decorations on the Elettrica nameplate and the Power Unit cover.

No pricing or availability information has been revealed at this time. Will this top speed bump with no range sacrifice be enough to win over more potential riders? Furthermore, will the 70km/h variant make it to the US? We’ll let you know when we do.