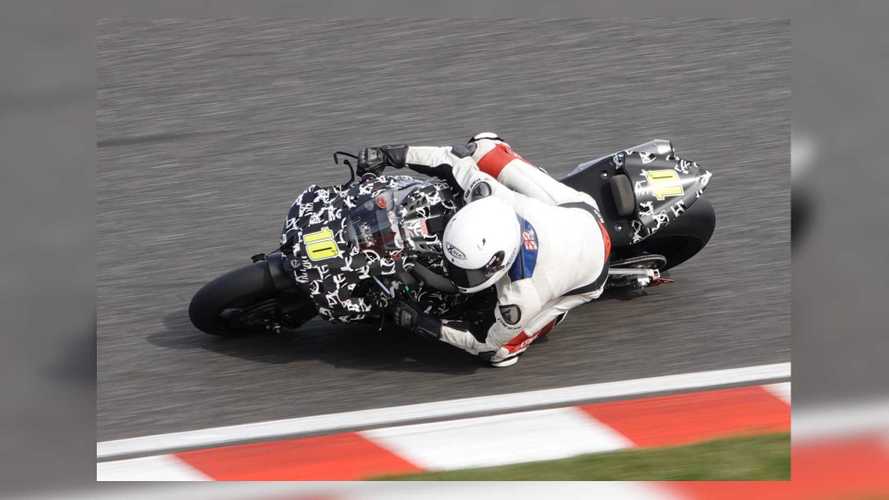 We probably don’t have to wait much longer to find out details about the 2020 Honda CBR1000RR that’s been rumored for an awfully long time now. While we thought it might break cover at the 2019 Tokyo Motor Show, it hasn’t exactly done that—but one avid motorsports fan who happened to be at Suzuka may just have spied the brand-new steed out testing.

Twitter user @n_mode_log managed to capture a number of shots of a mysterious, camouflaged bike that could very well be the updated litrebeast being put through its paces around the track by a rider who could possibly be current Honda MotoGP test rider Stefan Bradl.

It all started, naturally enough, when the photographer just happened to spot the HRC trailer sitting at Suzuka.

What followed was clearly a test mule that @n_mode_log couldn’t identify at first, but fellow Twitter users later reassured him was probably the 2020 CBR1000RR. He tweeted that he almost felt guilty at first for spotting it, but it seems that he quickly got over it and shared these shots with the world.

Of course, spy shots can’t tell us much about any possible changes to the engine, but aerodynamic changes clearly look to be afoot.

The test mule wasn’t the only CBR on track yesterday, either. The 2019 CBR1000RR made the rounds, as well, which makes total sense. After all, how else can you see how much you’ve improved if you don’t compare it to the previous version?

@n_mode_log also managed to capture a very short video of the bike being ridden in anger. It’s about 11 seconds long, and although there’s some wind noise, the sound quality is surprisingly good given the circumstances. We’re of the opinion that any time you can clearly hear a liter bike being thrown around corners with wild abandon, it’s a good thing—so clearly, this was the only observation we were ever going to have.

Since we didn’t see the new CBR1000RR at the Tokyo Motor Show, can we expect to see it at EICMA instead? Only two more weeks until we know for sure!