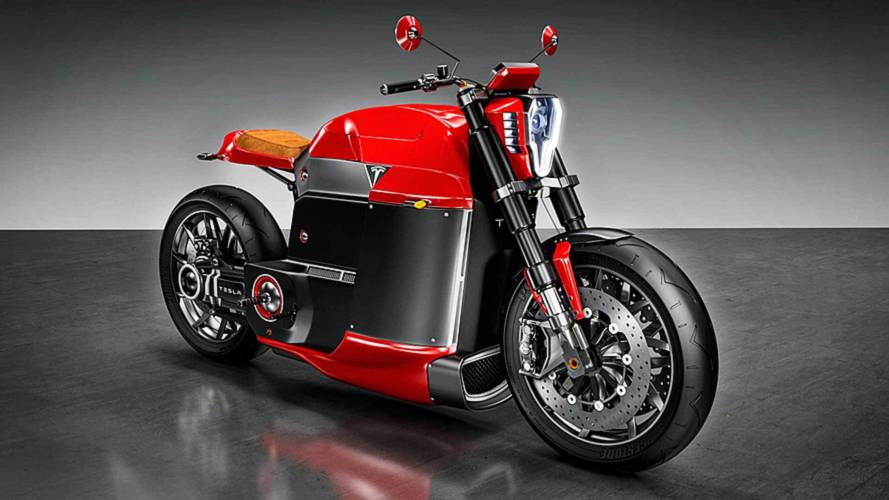 Musk to the rescue?

Electric motorcycles are moving further into the mainstream with every passing moment. Spearheaded by California company Zero, and aided by the Harley-Davidson LiveWire, the effort to make electric motorcycles a staple on our roads has gained momentum of late. For many, electric vehicles are synonymous with Tesla. Elon Musk’s marque helped not only make electric cars more common on our roads, but he made them cool too.

Which is why many wish Tesla would turn its attention to motorcycles. An opinion piece by Matthew DeBord of Insider Magazine is the latest public musing about this prospect, and it’s worth taking a look at. DeBord is quick to point out the first and biggest obstacle in recruiting Tesla to our cause: Musk already said “no”.

In fact, Musk has “one of those things nearly killed me” syndrome. An affliction that happens when a teenager is thrust onto a bike by a friend with even less skill or training than themselves and immediately crashes in a scarily spectacular way that makes them swear off bikes.

DeBord makes some other points but he misses the mark on a few. So let’s break down some of the more salient points.

Ignoring the point about Tesla being like Honda, which is not really relevant to anything, we get to the fact that Harley-Davidson can’t do it alone. This is true. One great thing about Tesla is that it has a fandom that, in many ways, aligns with Harley-Davidson’s own. Tesla people are fanatics—literally lining up in the thousands just to put down a deposit on a car that wasn’t even a prototype yet in one case.

If Tesla could move into motorcycles they’d bring a lot of those fanboys and fangirls with them. That would help with DeBord’s next point.

Not only would Tesla inject an instant customer base into the bottom of the market, but Tesla could help the electric motorcycle gain legitimacy in the eyes of the average joe. Then, maybe we could watch as Tesla’s modern, urban fanatics went up against the H-D faithful—and that would be a brand war worth the popcorn.

Lol, no. On this, DeBord and I are wildly divergent. Electric motorcycles have a hell of a lot going for them, but they’re not necessarily better. Even when I finally embrace my very own electric motorcycle, I’ll always be a fan of an internal combustion engine, a gearbox, and a clutch. Those things, however, make motorbikes less accessible for new riders. An electric bike with no clutch, no gearbox, and one-handed operation in most circumstances might make the previously intimidating seem easy and even intuitive for new entrants. Of course, we don’t need Tesla for that part.

So What Do We Need?

For electric motorcycles to take off we need a lot. Insurance ratings, government legislation, and a critical mass of large-scale, trusted manufacturers are the key. We need to bring those bikes to market, excite a mix of new and existing riders, and get them to throw down their hard-earned money. Charging technology and stations, even swappable batteries are all issues that need to be resolved before electric bikes take off in a big way.

A big brand like Tesla brings more star power to proceedings than just any other manufacturer could.That’s why so many people wish Tesla would dip its toe and bring that ready-made cool factor to the segment.  We can grow our industry and the electric side of it without Tesla though, and my bet is that we will.