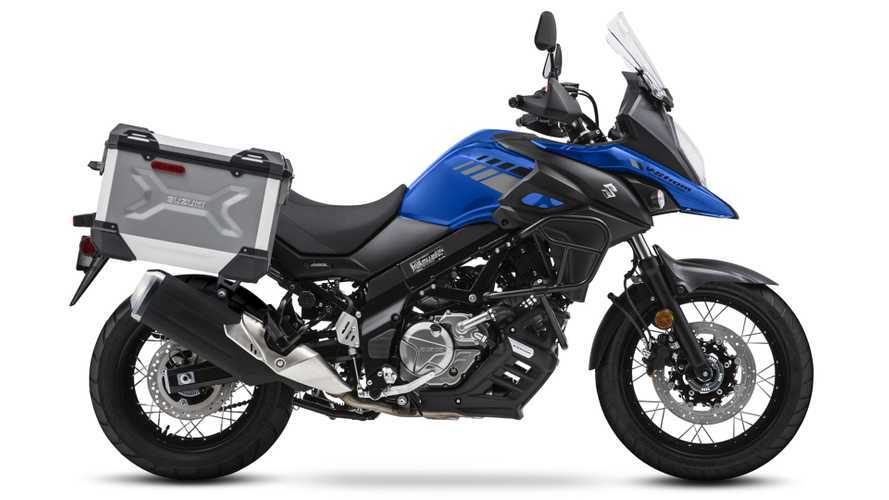 Adventure is the new buzz word.

In August, Suzuki officially announced all the new goodies coming to its lineup for 2020. Most of these “goodies” are new colors, and of course, the imminent arrival of the long-awaited Suzuki Katana. In the shadow of the returning sportbike, Suzuki also launched a new version of the V-Strom 650 XT, appropriately dubbed Adventure. Here’s a look at everything we know about the new model.

A Look Into The Future Of Suzuki:

Unlike its big brother, the aging V-Strom 1000 that was unsuspectedly dropped from the 2020 Suzuki lineup, the V-Strom 650 is still going strong. The mid-ranger entered its third generation in 2017 with some pretty thorough updates, including the adoption of the SV650 powertrain. This year, Suzuki adds a third trim level to the famous adventurer which is, simply put, a fully-loaded version of the V-Strom.

The addition of the moniker “Adventure” to the V-Strom 650 XT means the addition of a few travel-friendly features. The package includes a set of 37-liter aluminum panniers, tubeless wire W-spoke wheels, crash bars with lower engine guard, a braced handlebar, a skid plate, and mirrors extensions, wrapped up in a bright Pearl Vigor blue livery. The Adventure adds a $1,600 premium over the entry-level V-Strom pricing. Optional accessories include a top case, auxiliary lights, low and high-profile seat, heated handgrips, adventure footpegs, and a tank bag.

Specs on the Adventure are also the same as the V-Strom, except for the width. The straighter handlebar with the handguards extends the bike by almost three inches. Seat height reaches 32.9 inches and curb weight on the Adventure is listed at 476lb without the panniers (same number on the scale as the XT). The gas tank capacity offers a 5.3-gallon capacity.

Aside from the accessories, the Adventure uses the exact same set up as the base model and the XT. Power comes from a 645cc 90-degree V-twin rated at 67 horsepower and 44.5 lb-ft of torque. The engine is teamed up with a six-speed gearbox and power is sent to the back via a chain drive.

The V-Strom 650 is supported by a 43-mm fork at the front and a link-type suspension with a single shock at the back with a preload adjuster. Braking comes from a set of Tokico two-piston calipers with 310 mm discs at the front and a Nissin single-piston and 260 mm disc at the back, with standard ABS. Other electronic assists include the Suzuki advanced traction control system set up with three levels of interference (1, 2, and OFF) as well as the low RPM assists, Integrated Idle Speed Control, and an easy start system that allows the rider to start the engine without having to pull the clutch.